The Declaration of Independence

The founders of Buzzsaw Haircut all had different backgrounds and experiences that made the magazine come to life. At the time of its birth, it acted as the antithesis to The Ithacan, the mainstream media source on campus. In the 20 years since the creation of Buzzsaw, there has been a constant influx of publications trying to make names for themselves on Ithaca College’s campus (I’m looking at you, 360 Magazine). And in the last four years, the number of successful, student-led independent media outlets have grown significantly. We wanted to shout out our media-making peers while highlighting the story of their creation, just as we’ve been reflecting on ours.

In 2016, Sara Belcher, Class of 2019, had an idea for an on-campus lifestyle magazine called Distinct. She brought this idea to life with three others, including Annika Kushner, who will be graduating with Belcher, and served as the magazine’s first editor-in-chief.

Although Belcher had written for The Ithacan and Buzzsaw, she said she had never fully connected with either. Belcher had always been interested in women’s magazines. However, at the time, there wasn’t a lifestyle publication on campus. She yearned to expand the college’s independent media so that it could provide more diverse content.

“I felt there was nothing like a lifestyle publication on campus . . . it was this weird niche that was missing,” Belcher said. 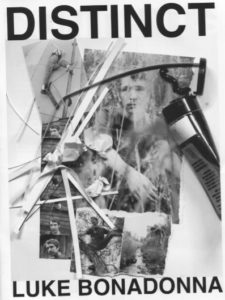 Belcher, who will be graduating in May as a writing major with a concentration in feature writing and minors in journalism and graphic design, was originally a journalism major. However, she said that although she respects the journalism department, the classes weren’t challenging enough.

“I really wanted to do more magazine journalism, long-form, national pieces, and I just didn’t feel as supported in that department,” Belcher said. “I wanted to better my stories so that they were articulated more clearly, had more of a pull to them as opposed to words on a page.”

During the Distinct hiring processes, Belcher made it clear that the magazine has no place for nepotism. While she looks for the best-qualified individuals to take on editorial positions, she is still willing to turn down even the most qualified people if their personalities don’t match the team’s.

Belcher called her time at Distinct a learning experience about the grit required to run a magazine.

“Writing a publication is a lot more than just writing and editing . . . it’s about working your ass off,” Belcher said. “There is also not a day that I walk by Distinct in the halls [and] am not proud of it.”

When Kylee Roberts was young she dreamt of being a broadcast journalist. But after attending a summer journalism program at American University following her junior year of high school, she realized broadcast journalist was not her true strength. While she was skilled at the editing aspect of the program, reading off a teleprompter was a challenge, she recalls with a laugh. Nonetheless, she entered Ithaca College as a journalism major.

Amidst the 2015 POC at IC movement, which led to Tom Rochon’s resignation, she found it was hard for her to separate her identity while writing the unbiased stories that were expected of her in the classroom. “Learning about myself as a black woman at that time I realized I wanted to help movements like that and not just report on them,” Roberts said.

Roberts explored strategic communication courses throughout her first year, and became a Communication Management and Design (CMD) major her sophomore year. This background in CMD allowed her to push forward with the idea of Passion Project and create a unique brand for what would become the online media outlet.

After being approached by a peer about starting a socially conscious fashion magazine on campus, Roberts started brainstorming ways that this idea could come to fruition. She recalls falling into what she described as a “sophomore slump” during her second year and remembers thinking, “I really need a passion project, I really need something to express myself with.”

Originally focused on the intersections of fashion and social justice, the publication eventually broadened its scope to encompass youth expression of all sorts. Roberts believes the importance of independent student media is due largely to the fact that they are able to report on stories that may otherwise be ignored. Having experience with other outlets like The Ithacan, feeling “scared” to walk into their office, she knew she wanted Passion Project to be a safe space for people to recognize that their individual stories matter.

Graduating in May means it’s time for Roberts to put her own passion project into the hands of new members that were not there from the beginning. But she’s not scared for the future of the outlet. In fact, she wants Passion Project to continue evolving.

“The whole point of Passion Projecti s to constantly embrace our youth culture which is always changing. I don’t want our future e-board to feel that they have to follow a formula. I want them to feel that they can experiment [with the brand] just as they are experimenting with their own lives,” Roberts said.

Alexis Davis and Yetunde Smalls conceived and now facilitate the production of Embrace, the newest alternative publication on campus. Embrace, which is now planning it’s second issue of the year, “aims to curate the true narrative of students. With each publication, we intend to capture, express, reflect, and highlight the vibrancy, struggles, creativity, and experiences of the intersectionality of underrepresented peoples.” Their first issue, “Identities” was released last semester and “embraced the identities that have yet to be embraced.”

Davis and Smalls hope to give underrepresented students the power and platform to tell their own stories. Davis, a journalism major, said that other publications didn’t have the space for her to share the stories that [she] wanted to share. 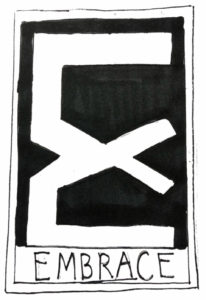 Embrace was a collaborative process for Davis and Smalls since their freshman year. The pair, who will graduate with the class of 2021, set out to give the power to the people who wanted to tell their own stories.

“Often times you hear people say… ‘I’ll be the voice for the voiceless’ and all of this. Embrace intends to amplify those voices because those people who are marginalized very much have a space and very much have been voicing these things. They don’t need anyone to take their narrative and exploit it in any way,” Smalls says.

Embrace isn’t just aiming to fill in the gaps of journalism that are lacking on campus, but also to create a space for those who aren’t provided a place where they can safely tell their own stories.

However, before their first publication the two found a bit of “angst” around their upcoming edition. Smalls says that she felt that people misconstrued their goals.

They still feel that as two women of color leading a publication they face discrimination. “We’re still thinking about what to do with that knee jerk reaction about two black women running this kind of publication,” Smalls said. “A lot of the discrimination we get in terms of not being invited to certain conferences and why that is…We’re just trying to figure out what to do with that information.”

Davis, Smalls and the editorial and writing staffs of Embrace, have been enormously successful. After publishing “Identities,” the co-editors found that the response improved significantly. Embrace ran out of publications within days and suddenly the two were being invited to meet with The Ithacan and Dean Gayeski. The Ithacan wanted to communicate how the two outlets can grow and learn from each other, and Gayeski wanted to provide feedback and support.

In the wake of “Identities,” people and groups have reached out to have their stories portrayed in upcoming editions, as they feel that Embrace may be one of the only publications to handle their stories appropriately.

As for the future, the two have made a plan for the next three years which involves branching out an Embraceto Cornell and Tompkins County Community College. Through their connections they also hope to bring Embraceto a national level, reaching out to other colleges and universities across the country.

Above all, Davis and Smalls want to emphasize that Embraceis open and accessible to everyone. Smalls feels that intersectionality is often used as a buzzword on campus, but the staff of Embrace seek to truly put intersectionality at the heart of their work.

“Trying to really unpack what that is, analyze what that is, and then put that into our core– in our value and into everything we produce– because there’s layers and nuance and we want to portray that,” Smalls said.

Through their unabashed emphasis on true intersectionality, they hope largely and above all to create a space for those who feel like they don’t have one.

“I can only speak for myself, but in the experiences that I’ve had with other people on this campus they felt like they weren’t able to share their experiences either…I didn’t really see a lot of people who looked like me within many of the publications on campus. A lot of the time people say in our meetings they feel very comfortable there because there are so many people from different backgrounds. Interse ctionality is a big thing for us, not just in our publication but in our club as a whole.” Davis said.

James Baratta and Alexis Morillo are both journalism majors, and Mateo Flores is a Writing for Film, TV, Emerging Media major. All three of them, honestly, think their media making peers are pretty fucking dope. They can be reached at jbaratta@ithaca.edu, amorillo@ithaca.edu and mflores@ithaca.edu.