The Fetishization of Women of Color in College Hookup Culture

College hookup culture is hard enough to navigate as is. It gets even more complicated when one’s identity inadvertently impacts the way they are treated both inside and outside of the bedroom. Women of color are one of the many marginalized communities that are fetishized, and these stereotypes can be normalized in college hookup culture.

Terri St. George, a sex therapist with 16 years of experience in a college setting, explained that while a small percentage of women can be empowered by engaging in hookup culture, we assume that more people are engaging in promiscuity on campus than those that actually are. “People are curious about is it [hook up culture] good? Is it working for people, do people like it? Are people having good, empowering, and pleasurable experiences? And the research suggests that that’s not really the case…” she said. “A whole lot of women can typically express disempowering experiences when it comes to hookup culture.”

For women of color, some of these encounters are disempowering due to their individual identities. Misconceived 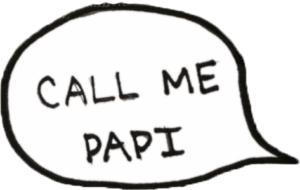 stereotypes of the “sassy latina” or “angry black woman” can dissuade some individuals to speak up in intimate settings. These antiquated stereotypes link back to historical tropes. According to Everyday Feminism there are both physical and personality characteristics that form the expectations around the “spicy latina” trope. She is “Olive skinned, raven haired, red lipped, curvaceous,” and “must be loud, bombastic, and seductive (insert sexy Latin accent here). She must also be hot-blooded, quick-tempered, and passionate.” These traits make the spicy latina the object of sexual desire, with individuals believing that these physical appearances are all for the benefit of the male gaze. Icons like Carmen Miranda and Sofia Vergara in Modern Family are pop culture staples that allow these assumptions persist.

In a similar vein, black women also have historical references that negatively affect how they are perceived in the modern day, especially in the context of intimacy. Ferris State University curated a Jim Crow Museum of Racist Memorabilia, and their website goes into depth about the different stereotypes and symbols exceedingly present during the Jim Crow era. “The portrayal of black women as lascivious by nature is an enduring stereotype. The descriptive words associated with this stereotype are singular in their focus: seductive, alluring, worldly, beguiling, tempting, and lewd,” they write. “Black women were often portrayed as innately promiscuous, even predatory. This depiction of black women is signified by the name Jezebel.” 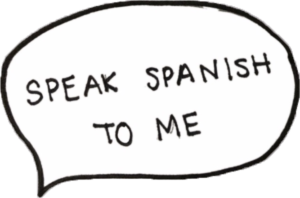 College-aged women deal with these sexualized stereotypes often, especially since hook up culture is so prominent on college campuses if one wants to engage in it. There are so many examples of the microaggressive comments that can be veiled as compliments to women of color. Things like “you’re so exotic” or “you’re the first (insert race or ethnicity here) that I’ve ever been with” turn women of color into the “other” — an item on a checklist rather than an individual worthy of an honest and consensual intimate experience.

A boy once said to me, “I have two types. I like the classic, blonde girl… but I really like Latinas.” Upon noticing what was probably a less than thrilled look on my face he tried to cover his tracks by explaining that he’s had a lot of influential Latinas in his life like a nanny and a Spanish teacher. This is not a compliment whatsoever for a multitude of reasons. For one, using the term “classic” paired with the description of a blonde woman and then using latinas as the antithesis to what is deemed classic pits these different groups of women against each other and creates a hierarchy that reinforces already existing racial disparities. Also, using past encounters with women of color, specifically two females that offered a service to him — the care taking of a nanny, the learning opportunities offered by a teacher — make it seem like relationships with women of color are alluring because of the ways they can benefit him. Not to mention, using a select few members of a marginalized community to form your expectations about all members of that community is never, ever okay.

The same experiences that should be fun, consensual and liberating can often have the opposite effects because of their identities and the way others treat them due to these identities. When there are labels being put on women solely due to their skin color or ethnic background, decisions that they make on their own about being sexually explorative could instead be accidentally fulfilling these untrue stereotypes. Even if a woman of color wants to make the decision to be autonomous in her sex life, doing so could further perpetuate these societal expectations. On the flip side, if women express themselves in ways outside of these stereotypes it can lead them to feel invalidated in their identity. Women that aren’t curvy or sassy or passionate are just as Latina as those that are. There is no right or wrong way to be a woman of color, you just are by your sheer existence.

Alexis Morillo is a senior journalism major who is not your “mamacita” or your “señorita.” You can reach them at amorillo@ithaca.edu.