Is Nelson Mandela really dead? One writer explores such a conspiracy theory

Out of all the conspiracy theories out there, perhaps one of the strangest is the Mandela Effect.

Many people find this theory unsettling, partially due to its wide range of topics. From things as simple and irrelevant as the name of a children’s T.V. show, to as quintessential as the death of a president, most people can recall at least once in their lifetime when they had felt its effects. Hundreds of websites, videos and posts have been made on the topic, whether sharing a theory or trying to find out its meaning.

But, what is the Mandela Effect? In the world of information that we live in, with an unlimited amount of sources to potentially study from, the answers can get a bit muddled. However, we’re going to try to answer this the best we can. 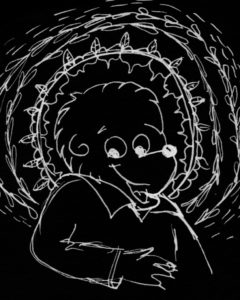 The best place to start seems to be the theory’s origins. The Mandela Effect’s official website was created in 2010 by Fiona Broome, who coined the term about this rising phenomenon inspired by one of the effect’s most iconic theories: the death of former South African President Nelson Mandela. The website initially started as just an archive of “alternate memories” collected by herself and her friends, however, it began developing a large following a few years ago.

As for what alternate memories mean, according to the official website, an alternate memory is what happens when someone has a clear, personal memory of something that does not exist in this reality. This is strengthened by the fact that many people who have alternate memories — for the most part total strangers — can remember several of the exact same details of an event that didn’t happen.

While this appears entirely implausible and unexplainable, this phenomenon has been explained by two main theories. One of them is that there are multiple parallel or similar universes or realities, which we can slide between, typically by entering a specific, seemingly mundane place that can serve as a vortex.

I’ll provide a bit of an exaggerated example here. The sky is blue, as you all know, however, you wake up one day and see that it’s green. You assume you are under a chemical attack by aliens, and you rush to warn your mother and tell her to get into the bomb shelter. “What are you talking about, Timmy?” she says, flipping a pancake like it’s a normal Sunday morning, “the sky has always been green. Maybe you should go back to sleep.” You ask your other relatives, your friends, Google, and they all say that the the same thing. And you carry on with your life because, really, what else is there to do? Nothing else is different about this world, and you still have other things to worry about like school and work and whether Sharon thinks you’re cool or not. In another universe, a different version of you is now wondering why the sky is blue instead of green.

Obviously, this example is a bit extreme, and the Mandela Effect typically reveals itself through more vague facts. However, the sentiment is very much the same. At first glance, a change like this can be deemed irrelevant, because the individual who experiences it assumes it’s a personal error they made themselves. However, once wider groups of people begin to speak up and say that they also remember the sky being blue, more people begin to think something is wrong.

The other main theory is similar, however, rather than alternate realities, it indicates that we are experiencing different holodecks. This term is taken from science fiction, and its official definition is a chamber or a facility where a user can experience a holographic or computer-simulated environment.

But all jokes aside, the holodeck theory also indicates that the reason so many people experience these alternate memories are due to “glitches” in the system. While this can happen on a wider scale, as exhibited in the Mandela Effect’s more well-known theories, it can also happen on a more individual or private basis.

I’m sure we’ve all experienced something that felt like a bit of a “glitch in the Matrix,” right? Just little things. You swear you saw a poster on the wall at a subway station, but turn around to see that it isn’t there. Or maybe it says something completely different or is a different color from what you initially thought it was. You swear your friend that you’ve known your entire life’s eyes are brown, but one day find out they’re green. (I could be going out on a limb here, though. My parents always said I’m not the most observant person).

Both of these theories are still being beaten around, and no conclusive answers have been made yet, or will be made in the foreseeable future. Personally, as a believer of the multiverse and transient spaces, I’m rooting for the first one. However, if you believe in the holodecks, that’s cool too. Or maybe you’re thinking something a little more out there? Government mind-control? Aliens? It’s all good with me.

Now, if you haven’t stopped reading yet, we’re getting to the part where people actually start freaking out about the Mandela Effect: It’s list of alternate memories.

The one I’ll start with is the death of former South African President Nelson Mandela, which I briefly mentioned before as the theory’s namesake. At the time of the website’s development, Mandela was still alive and well, however, many of the site’s users–including Fiona Broome herself–said that they vividly remembered him dying in prison in the early 1980s, complete with a televised funeral, rioting in the streets of South Africa, and a touching speech from his widow. This theory also gained even more people coming out and saying they remembered the same thing upon Mandela’s actual death in 2013, from a prolonged respiratory infection.

This alternate memory especially piqued my interest, because I too recall hearing of Mandela’s death prior to 2013. However, given I was born in 1999, I did not witness the news broadcast that most of the theorists claim to. Instead, I actually remember reading about his death in a textbook, at some point in elementary school during the late 2000s or early 2010. Fellow classmates of mine during this time remember reading a similar excerpt as well, and it seems to be a somewhat common memory of people born in the 1990s. (However, given this was my same elementary school that attempted to celebrate Kwanzaa as a legitimate holiday, and had a third of the kindergartners dress as “Indians” for the thanksgiving play, I do question the merit of most of my experiences and memories from there).

Another theory, one that actually made the Mandela Effect go viral, is the Berenstain vs. Berenstein Bears ordeal. Essentially, for years most people thought the children’s show and book were called the Berenstein Bears, and have vivid memories indicating such. However, many were shocked to find that the official name was actually the Berenstain Bears–the last vowel being an ‘A’ rather than an ‘E’.

Honestly, this theory didn’t really phase me. Sure, my brain many times also autocorrected the last syllable to stein, however, I think this is mostly a result of just what the common names in our society are. Hey, growing up I knew a lot of people of German descent, of course I was going to assume the name was stein. The more you think about it, stain kind of makes for a weird name. No one wants to think of stains when you’re admiring a loving bear family going on wacky adventures. When I looked up the theory, I thought it would be easy to think it was either. (Also, I couldn’t even fully read until I was like 7, so the letters that were or were not included in the show’s name were pretty much meaningless to me for the duration of the time I actually watched the show).

There is also the matter of the portrait of King Henry VIII holding a turkey leg, however, this is one that I did not find shocking either. While pop culture encourages the existence of this portrait. There is no record of said portrait.

I think this is mostly due to the media associations that already exist concerning Henry VIII, and tyrannical kings in general. It is quite possible–whether through shows or educational videos–that people have seen a picture of a fat king holding a turkey leg, as it is an image that has made a rather large impression on our culture. While the image was not officially affiliated with Henry VIII, it is not entirely implausible that a correlation would be made. After all, the media loves making fun of Henry VIII. He was a murderous sexist. Even The Tudors producers’ decision to make him hot could not make him a likeable character. Anne Boleyn deserved better. Katherine Howard was completely justified in cheating on him.

My rants about the sexism of the 1500s aside, what I’m trying to say is that while such a portrait of Henry VII doesn’t exist, it isn’t so strange to believe that there would be one. Most people’s opinions of the king are that he is tyrannical and glutinous, and thus likely that the image would be created in their minds.

The last alternate memory that I’ll touch upon is the color chartreuse. While it is officially a yellow-green color, many remember it as maroon-ish or magenta-like. There aren’t many specific memories people can recall about hearing that the color was either of the incorrect ones, although the confusion is widespread, and some do recall seeing it labeled as such on crayons as a child.

I didn’t really know what to think of this one. I remember chartreuse as a yellow-green color, however, that is only because I hadn’t heard the word until I was about 12, and proceeded to Google it immediately. I would ultimately chalk it up to chartreuse being sort of an obscure color in general, which is why so many people do not know what it is. However, that does not explain why so many people thought it to be a similar color.

Ultimately, the Mandela Effect is what it is: a conspiracy theory. I myself, while I have no authority to make conclusive statements on this matter, do believe in some of the alternate memories, and that something must have happened for these memories to be widespread. However, I also believe that some of the memories are over-exaggerated, and could be easily explained by the functions of the human imagination, as well as the sanctions of our language and many other things that are deeply integrated into our society.

While humans could perhaps be transcending through different realities, it may not be to the extent that the full archive of the Mandela Effect is indicating. It seems in some ways it would be more plausible if this was happening in smaller incidences, that would be dismissed as individual error, as I stated previously.

But then again, what do I know? I’m just a college student with an overt interest in conspiracy theories. Until about a week ago, I could have sworn the sky was green.

Meredith Burke is a first year Journalism major who wrote this article in an alternate reality. They can be reached at mburke@ithaca.edu.