Understanding the debate around the investment of college endowments

Given the prominent role of student loan debt in the most recent presidential election, and the greater awareness of issues such as climate change and inequality, increased attention has been directed toward where colleges invest their endowments and how universities spend these endowments.

Noting this, Randall Smith, a former writer for The Wall Street Journal and current freelance journalist who has written about endowment controversies, said, “There have been times, over the years, when people have said, ‘Well, our endowments shouldn’t be doing this, shouldn’t be doing that.” Smith partly attributes this trend to a method of ethical and sustainable investing that considers environmental, social and governance implications. Through this method of investing, Smith said “Some investors try to incorporate their beliefs about corporate governance or social impact into how they invest.”

But while anti-fossil fuel investment activists have championed their socially conscious actions, critics have labeled the push for colleges to divest from fossil fuels as ineffectual at best and, at worst, harmful. Those wary of divestment, such as Harvard University Trustee Nannerl O. Keohane, instead advocate that universities remain shareholders in fossil fuel companies as a means of influencing these companies’ policies.

Others point out that given the wealth and influence of energy companies on developed economies, and without its occurrence on a larger, wider scale, divestment would be a symbolic, rather than impactful, action. This was the opinion given in December 2013 at Harvard when Robert D. Reischauer, then a trustee on its board, argued against members of Divest Harvard — a student organization advocating for fossil fuel divestment — by saying that divestment would have little effect upon the supply and demand of the energy industry.

However, Brendan Brown of Climate Justice Cornell, a student-run organization that advocates fossil fuel divestment through its DivestNOW! campaign, argues that the symbolic effect of divestment is just as powerful as any economic impact it may have.

“If you look at the very hit-or-miss performance in recent years [in reference to Cornell University’s endowment], it’s clear that being tied to fossil fuels hasn’t guaranteed us better returns,” he said. “Fossil fuel markets are also subject to a high level of volatility, and even if you are mitigating that risk with a well-diversified portfolio, fossil fuel investment just isn’t sustainable in the long-term.”

Nikolas Michael, campaign coordinator of Fossil Free GW, a student-led organization that seeks to divest George Washington University of fossil fuels, agrees that divestment would not adversely impact colleges and universities monetarily. “Most universities are not heavily invested in fossil fuels,” Michael said. “At most, it makes up a small percentage of the endowments.”

However, the potential financial impact of divestment on students and university endowments, Smith argues, “is not black or white. If oil prices triple, divestment could hurt, but if fossil-fuel stocks trail the market, it could help,” he said. “You never know what the market’s going to do; you never know how particular sectors of stocks are going to do.”

Another source of divestment activists’ ire is hedge funds. While the exact figure is difficult to ascertain, The Nation estimated that the amount of educational endowment funds nationwide invested in hedge funds stands at greater than $100 billion. And this large investment in expensive, high-fee financial vehicles raises questions of a potential conflict of interest.

For example, in 2012, Dartmouth College received criticism when it was discovered that some trustees’ hedge funds also managed investments for the university. Opponents argued that these trustees charged high investment fees, a portion of which they then donated to the college in order to receive recognition and favor. The incident, in the eyes of critics, called into question the impartiality of university boards. 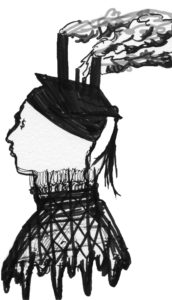 Brown believes that the overwhelming presence of wealthy, well-connected individuals on university boards, many involved in the finance sector and in hedge funds, poses a conflict of interest. Referring to a quote from the website of Cornell University’s Board of Trustees that provides the board with “supreme control” over the university, he stated, “As an activist, a body composed largely of old white men from the financial, and in many cases fossil fuel, sectors with ‘supreme control’ over what is supposed to be an inclusive, diverse, and forward-thinking institution is a little scary.”

Michael has a similar viewpoint. He noted that until recently, one of the board members at George Washington University was Richard Blackburn, a former Vice President of Duke Energy — one of the largest fossil fuel companies in the country. During that time, Michael said the university invested millions in a “power purchase agreement” with Duke Energy. He said such actions are indicative of how the university is planning for the future. “[It’s]not by listening to the students, but by listening to the few, powerful board members that sit in their ivory towers, removed from the everyday reality of going to school here,” Michael said.

An additional concern divestment activists have is the influence of the prison industry on the endowments of institutions of higher education. Private prisons have come under scrutiny in recent years due to increased public knowledge of issues such as mass incarceration and the school-to-prison pipeline, which disproportionately impact individuals of color.

Some prominent institutions, such as the University of California system and Columbia University, have divested from private prisons after pressure from student activists. But many colleges remain economically tied to private prisons through their investments in Goldman Sachs, Wells Fargo, JPMorgan and other corporations that collectively own greater than two-thirds of these companies.

But in addition to where colleges and universities are investing their endowment, how they are spending the endowment has also been controversial. Many groups that advocate for affordable higher education, such as The Federation of State Public Interest Groups and Student Loan Justice, charge that universities should use their endowments to do more to assist financially needy students, as many prominent institutions such as Harvard University, Yale University, and Stanford University boast multibillion dollar endowments.

However, as a TIME Magazine article pointed out, the finances of the universities with large billion-dollar endowments do not accurately depict the predicaments faced by American colleges and universities as a whole. Many of the nation’s 2000 plus four-year colleges do not have endowments, and for those that do, the amounts pale in comparison to universities such as Harvard. A survey created by the National Association of College and University Business Officers of 823 American colleges revealed a median endowment size of $90 million, which equates to only $4.5 million in spendable amounts each year. Furthermore, many gifts come attached with certain restrictions in regards to academic fields or other criteria.

Overall, whether wealthier colleges should be forced to spend more of their endowments and further assist students is subject to debate. One article in Business Insider, making a case for the removal of tuition at Harvard University, estimated that if the university’s endowments were to continue to grow by the same rate, little increase would be attributed to student income from tuition. However, these demands contrast with the visions of those who manage university endowments, as the majority of universities wish to conservatively spend their endowment in order to combat inflation.

How universities choose to move forward in the future will depend upon their mission and vision. As educational institutions with immense financial responsibilities, colleges must balance both practicality and morality. Given the importance of endowments to their function, universities must pay greater attention to the origins and dispersal of their funds.

Mattie Beauford is a first-year writing major who is starting their own endowment. You can email them at mbeauford@ithaca.edu.