Home Day/Night RAW FROM THE SAW: Second Self
Day/NightDay/NightMinistry of Coolweb-featured

RAW FROM THE SAW: Second Self

Celebrity alter-egos and why they have them 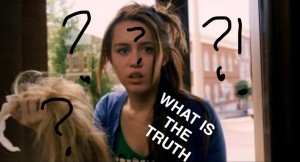 Ziggy Stardust. Slim Shady. Sasha Fierce. Dr. Jekyll and Mr. Hyde. Even Hannah Montana. Artists have taken the idea of the second self and transformed it into a way to separate their real self from their performer self — whether it be for one album or their whole career. But why would an artist who puts so much work into constructing their public persona already decide to invent a completely new one?

There are several answers to this question. But one of the most famous alter egos of all time, Ziggy Stardust, was actually created out of David Bowie’s stage fright. While Ziggy Stardust is a rowdy rock and roll figurehead, Bowie is naturally a shy person. His alter ego was an attempt to explore a different side of himself that was more comfortable with being in the spotlight.

“I’m not particularly a gregarious person. I had an unbearable shyness; it was much easier for me to keep on with the Ziggy thing, off-stage as well as on. Who was David Bowie and who was Ziggy Stardust? It was motivated by shyness,” Bowie explained in a 1977 interview with The National.

While Bowie was known for his groundbreaking, bold, gender-bending musical performances, Ziggy Stardust was more than just a way to make a statement; it was a way for him to put up a boundary between himself and the audience. Just because a performer is in the spotlight doesn’t mean that they’re always comfortable being the center of attention. For a natural introvert like Bowie, an alter ego makes the adjustment easier — creating one of the most iconic albums and personas of all time is just a nice perk.

But not all artists with alter egos are doing it out of shyness. Indie-pop artist Marina Diamandis of Marina and the Diamonds is a recent example of an artist who formed an alter ego not to protect herself from stage fright, but instead to critique social norms for women. Her second album, Electra Heart (2012), revolved around a character called Electra who, due to the categorical standards imposed on women, is a heartless, cold, completely invulnerable woman — the opposite of Diamandis’s real personality.

Even in creating an entire album around this identity, Diamandis kept her perspective. “With Electra Heart, it did hinder me because the aim with that was to be a straight-up pop star. So when I was promoting it I realized, OK, this is why I don’t like being a pop star: because people assume you don’t know anything and you don’t make your own music,” Diamandis said. “I saw that change as soon as I dyed my hair blond and created music that had a different production style. It was fascinating but it made me think: ‘I’m not going to do this again.’”

For Diamandis, her alter ego ended up being impossible to maintain because it completely changed the audience’s perception of her. Her alter ego, which was meant to critique the way that women are unfairly placed into boxes, forced her into a box by people who didn’t understand the satire.

In the mainstream realm, even Beyoncé has experimented with creating an alter ego. Sasha Fierce, who was created to coincide with her 2008 album I Am…Sasha Fierce, is similar to Ziggy Stardust in that she is the total opposite of her performer.

The Beyoncé we see perform has an incomparable presence, but like Bowie and Diamandis, their real personalities are not necessarily as bold as their alter egos. “I wouldn’t like Sasha if I met her off stage. She’s too aggressive, too strong, too sassy, too sexy! I’m not like her in real life at all. I’m not flirtatious and super-confident and fearless like her,” Knowles-Carter said. “What I feel onstage I don’t feel anywhere else. It’s an out-of-body experience. I created my stage persona … so that when I go home, I don’t have to think about what it is I do. Sasha isn’t me. The people around me know who I really am.”
While Sasha Fierce, like Ziggy Stardust, is an iconic musical figure, she is not interchangeable with her real life counterpart. Instead, she is a way for Beyonce to reconcile two very different parts of her life. Sasha Fierce may make for a good album, but she isn’t somebody that Beyonce could be forever.

One thread that connects all of these alter egos is that they are temporary. Ziggy Stardust, Electra Heart, and Sasha Fierce cannot be forever — they are phases, ways for artists to grow and change without radically altering their own personalities. While none of these figures can stay around forever, they will live on in fans’ memories, and in the case of Ziggy Stardust, become permanently embedded into the culture.

Alex Coburn is a first-year cinema and photography major whose alter ego is April Ludgate from Parks & Rec. You can reach them at acoburn@ithaca.edu.