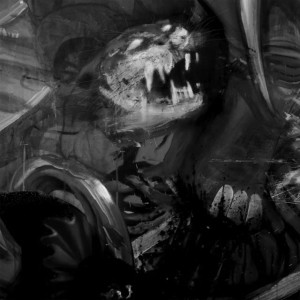 Sleigh Bells’ fourth studio album Jessica Rabbit was just the fit for the mood post-election: continually loud, sonic calls of darkness and anger. Its Nov. 11 release date came just after the 2016 presidential election. The band’s history of indie rage set this record up to be the perfect macabre musical lining to the looming storm cloud known as Donald Trump.

Jessica Rabbit retains the sound that Sleigh Bells has been experimenting with since the band’s debut album Treats dropped in 2010. The band has reportedly taken a more lyric-centric approach than in the past, with singer Alexis Krauss doing more songwriting and showing a wider vocal range. “It’s Just Us Now” opens the album with intensive beats and a chorus that opens with, “And when you die/ I wanna die, I wanna die with you.”

“Lightning Turns Sawdust Gold” features the developed lyricism that the band has been evolving, with lines like “I’ll show you how to shake the pain like cinnamon” and “Take a deep breath before you do something drastic/ Knocking off heads with your military tactics.” Even when the lyrics proved themselves to be creative and Krauss’s voice rose above the din, the band’s signature clashing and raving overwhelmed the listening experience.

The music’s quick descent into anarchy and rage is the perfect auditory coupling to the country’s post-election emotions , but the problem with rage is that it can feel hollow if it doesn’t progress to something else. Jessica Rabbit’s songs – “Crucible,” “Unlimited Dark Paths,” “Hyper Dark” – move from rage and darkness to more rage and darkness. After four albums of developing a unique sound and infusing electronic and hip-hop elements, the band’s sound still feels like much of the same.

The album feels its most dynamic during songs like “Loyal For” and “I Know Not to Count on You.” These interlude-style songs are about two minutes long, and their sound comes as a relief to the boom and pop of electronic noise. In these interludes, there is a moment to breathe, to ponder where the clashing tumult of musical devastation has left us, something that seems to be a rarity for a Sleigh Bells album.

Post-election rage couldn’t sustain Jessica Rabbit throughout its full 14 songs. By “Hyper Dark,” the chorus, “Hyper dark/ I think we have a problem,” sounds tired, as though the band was just cycling through feelings of hurt and neglect with no promise of a future. The rage had lost its momentum. The sounds Sleigh Bells can create are industrial and unusual for the mainstream music industry, but their growing pains are evident by the way Jessica Rabbit tries new techniques only to continue to drown in the sound. Fans of the band will find it a worthy addition to their discography, but it remains to be seen if Sleigh Bells can take the creative leaps necessary enough to push themselves forward. Just as we want to search for ways to channel our despair into action, Sleigh Bells needs to channel theirs into music that feels like an evolution rather than a cycle of continuous noise.