RAW FROM THE SAW: Endless / Blonde 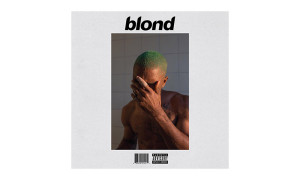 It’s like a whole lifetime has passed since Frank Ocean released Channel Orange. The whole world waited with baited breath for his next album. There were several false release dates, outrage by fans and so. many. memes. Finally, a la Beyoncé, Frank dropped a visual album entitled Endless and there was a collective sigh of relief and then a gasp the next day when he released a different full-length album entitled Blonde.”

Endless is a black and white 45-minute video of Ocean building a staircase to his new music. It’s oddly peaceful watching this event take place while Ocean’s signature ethereal tunes play in the background. However, it is Blonde that really steals the show.

Seventeen songs and one hour long, Frank Ocean is on a journey through each song. In “White Ferrari,” he croons over a slow melody about the end of a love. Electronic artist James Blake (“Life Round Here,” “I Need a Forest Fire,” “Retrograde”) assists and suddenly the song is over and Ocean has loved and lost all in the span of four minutes and eight seconds. It’s an unsurprising feeling from the same artist who wrote “Bad Religion.” Ocean has this amazing ability to evoke emotion in the course of a single song. The end of “Self Control” swells up so quickly that it’s impossible not to feel every word.

It’s no surprise that this album has that sort of feel as Ocean collaborated with Om’mas Keith, the same producer he worked with on Channel Orange. Channel Orange and Blonde draw many similarities in the style of music and the stories being told. Growing up, coming into yourself and falling in and out of love are all themes that can be heard on both albums. Ocean also had a motley crew of well-known artists working with him this time around. Beyoncé, Tyler the Creator, Andre 3000, Kendrick Lamar and Jamie XX are all listed as collaborators for various songs.

Frank Ocean is a true artist. He has a knack for creating beautiful music with a meaning, Endless and Blonde being no exception. Releasing two albums was a bold move for someone the world was convinced would never make music again. Now only one question remains: When is the next one?