RAW FROM THE SAW: Fuller House 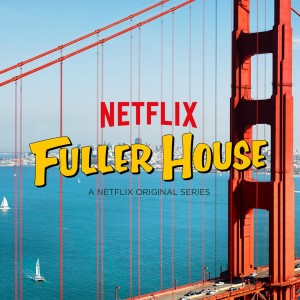 Being a lifelong fan of Full House doesn’t mean taking it seriously. In fact, part of the fun of loving it means hating it at the same time: the campiness, the catchphrases and especially the iconic music while Danny Tanner lays down some mediocre fatherly wisdom.

But what happens when the show you love for its clumsiness becomes self-aware?

Fuller House made its debut on Netflix on February 26, 2016 to eagerly awaiting — and, in my case, somewhat skeptical — fans. While I could rest easy knowing that Jeff Franklin, creator and director of the original Full House, was back with the new series, simply having the same director doesn’t always guarantee success.

The spinoff, set in present-day San Francisco, picks up a whopping 21 years after the finale of Full House in 1995. The first episode, entitled “Our Very First Show, Again” (in homage to Full House’s debut episode), is nothing if not nostalgic.

It was clear that the audience needed to not only be caught up with the Tanners/Katsopolises two decades later, but also to be reminded of why we loved Full House — and, more importantly, why we should love Fuller House.

Fuller House is essentially a reversed version of the original: DJ (Candace Cameron Bure), having recently lost her husband Tommy Fuller (yes, that’s really their last name) in a firefighting accident, returns to her childhood home with her three sons, Jackson, Max and Tommy Jr., for a going away party.

From there, we discover that Danny and his new wife (who appears for mere seconds and is only referred to as “Mrs. Tanner”), Jesse and Rebecca Katsopolis (John Stamos and Lori Loughlin) and Joey Gladstone (Dave Coulier) have all become wildly successful and are moving out of San Francisco for their careers.

Meanwhile, Stephanie Tanner (Jodie Sweetin) has become a world-traveling party girl who has made her name as “DJ Tanner” (major groan), a club DJ and music producer.

Realizing that DJ needs help raising her sons, Stephanie steps in to help — as does Kimmy, unsolicited. Throughout the season, we see the independent, fly-by-night Stephanie become emotionally tied down by her nephews and the quirky, nonsensical Kimmy become the comic relief, mirroring Uncle Jesse’s and Joey’s roles from the original.

Using footage from the original series, the cast reenacted some iconic scenes — the old and new appearing side-by-side on the screen. It was somewhat forced but overall sweet; seeing the characters together again so many years later was sure to hit any old fan.

Yet those same fans could also notice the glaring hole in the premiere episode: Michelle Tanner, originally played by twins Mary-Kate and Ashley Olsen.

In fact, the show itself addresses this when Danny said, “Michelle sends her love, but she’s too busy in New York running her fashion empire,” which is immediately followed by a pointed stare into the camera by the entire cast.

The insults against the Olsen twins continue throughout the series. The second most notable comment occurs in episode 13, when Ramona is given some Olsen-designed clothing for her birthday. Kimmy comments, “At these prices, no wonder they don’t have to act anymore!”

The cast bashing Mary-Kate and Ashley became a serious eye-roller. Did they really have to waste screen time to be petty about the fashion moguls (who, it’s important to note, have done minimal acting since they were teenagers) saying no to the spinoff?

Obviously, a show that takes time to insult old cast members doesn’t take itself too seriously. From making a few tongue-in-cheek jokes at the show’s expense to using an abundance of Full House footage as flashbacks, the show’s quirks attempt to be endearing — but end up falling short.

For instance, when DJ is tasked with choosing between her first love Steve Hale (Scott Weigner) and her new co-worker Matt Harmon (John Brotherton), the characters are literally green-screened into the memories of each couple’s first kiss, commenting on them as they occur. Fuller House takes you out of the show in these moments — by trying to play up its campiness, it ultimately alienates the viewers.

And as the show tries to bring itself into the modern era with new technology and product placement galore (Target, Beats, Apple, and many others making appearances), it misses its mark. While it may be believable that Stephanie gets a gig DJing at Coachella, it certainly isn’t that she gets a crowd of thousands to cheer for her nephew Max’s mediocre trumpet playing when she misses his big recital.

Although Fuller House brings back the characters we know and love, it becomes clear just how hard it’s trying to bring the original’s flavor into a modern setting. And as it tries to preserve that old Full House magic, Fuller House ultimately trips over its own feet, leaving us with something that’s just beyond loving ironically.