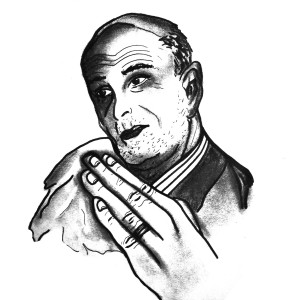 Workers of the Monsanto Company and citizens of the world alike have been in a state of shock after Monsanto employees discovered a mind-blowing fact — non-GMO plants actually do exist. The company, founded in 1901 and famous for its agricultural biotechnological advancements, has always been thought of at the top of agronomic scientific community. Though many had been under the impression that all plants had been genetically modified, CEO of Monsanto, Hugh Grant, was perhaps the most shocked out of all when he discovered that that theory had been proved wrong.

Non-GMO plants were discovered when Grant’s wife, Janice, brought some home for dinner one night. Grant asked her what was wrong with the vegetables, and she reportedly responded, “Oh, they’re non-GMO!” It took a few hours of explanation and a lengthy hands-on presentation by Janice, but eventually, Grant understood and immediately entered into the first of the seven stages of grief.

“It started with disbelief,” stated Janice. The next stage, anger, seemed to come quickly, as Grant stormed off to bed. However, this stage must have just started, as Grant woke up in the middle of the night, furious.

“He jolted out of bed and started angrily pacing and yelling ‘DID THOSE DAMN FARMERS KNOW ABOUT THIS?’” Janice finally got him to go back to bed and he slept through the night.

Over the past few weeks, Grant has been slowly moving through the stages of grief, and according to Janice and several therapists, is in stage six — depression. Reportedly, Grant now is refusing to leave the house and has been in bed, quietly sobbing.

Once Grant found out about the non-GMO plants, he sent out an email to the other higher-ups in the company, including Brett Begemann, president and chief operating officer. “When I got the email from Grant, I didn’t believe it. I thought it was just another classic Hugh Grant mess-around,” stated Begemann. However, as Begemann did more research, he realized it was no joke. Begemann went on to inform other heads of the company, and immediately scheduled a mandatory president’s meeting to go over “damage control procedures.” The company then sent an email out to all employees describing protocol:

February 12, 2016 – BREAKING NEWS TO ALL EMPLOYEES, new information has been confirmed to prove the theory of non-GMO plants in existence. Experts ask that all those with these foreign plants throw them out immediately, or better yet, burn them. Scientists are not sure yet of the consequences of eating these objects. Investigators are on the hunt to find out where these items are coming from, in order to shut it down. Group therapy sessions will occur starting Monday, February 15th, however, work will resume and all employees must show up on time or face consequences.

Though it seems as though the rest of America, and furthermore, the planet, were aware of this non-GMO plant “phenomenon,” many Monsanto workers were somehow out of the loop.

Sixty-year-old employee, Michael Cartley, who had been working at Monsanto since he was 24, was shocked by the news: “Who on earth would grow plants like that? It’s ridiculous! And what’s even worse is that consumers are actually buying them!”

Cartley’s anger and disbelief is reciprocated by the majority of Monsanto workers, except for the few that were aware of natural, non-modified plants. April Carter, hippie-freak and 25-year-old Humboldt State University graduate, was surprised that the bulk of her co-workers were completely unaware of non-GMOs: “I really am at a loss for words,” Carter stated, shaking her head full of dreads. “I just don’t get how anyone DOESN’T know about un-modified plants.”

Grant has yet to return to work; however, all other Monsanto employees are required to show up on time as usual. Sources state that Grant is receiving help from a live-in therapist, however it is reported that no progress has been made. In a recent intimate interview, Grant stated, “I really don’t know if I can get back on my feet after this; it was a real blow.” However, his anger toward the small family farmers who were aware of this phenomenon is still very much present: “I can’t believe those damn farmers knew this was going on. How could they do this to me? I’ve been nothing but fair to all of them!”

Elly Veazey is a freshman journalism major who will only eat food directly injected with pesticides. You can email her at eveazey@ithaca.edu.