This past summer, a college announced that it would be completely eliminating structure of any kind; strict class schedules, hours of homework, and major requirements would all become a distant memory. Freshmen and upperclassmen alike were both very excited about this concept, looking forward to blowing off all of their responsibilities this fall semester.

“After a summer of relaxing by the pool, it’s nice to know that I can spend my fall getting super drunk and not doing any work,” junior James Hardy said. Hardy’s fraternity brothers all agreed enthusiastically. In fact, since class attendance was no longer required, the boys vowed to organize wild parties every night of the week.

“It was awesome at first,” sophomore Austin Wilson shared. “But after a few weeks, everyone was so sick of booze, we just started drinking some Earl Grey tea. We got tired of the same loud music so we shut it off and started talking about some of our favorite books instead. Now every week we vote on what to read, and we discuss it. It’s really great!”

Wilson added that he objects to the term “book club” and that he would describe it more as a “book party.” However, after a particularly emotional night of sipping tea and discussing James Joyce’s Ulysses, their parties didn’t seem as great anymore. Teary-eyed Hardy and Wilson admitted that it would be nice if they could assemble during the day and have a discussion led by an experienced professor — and maybe even write an essay, too. 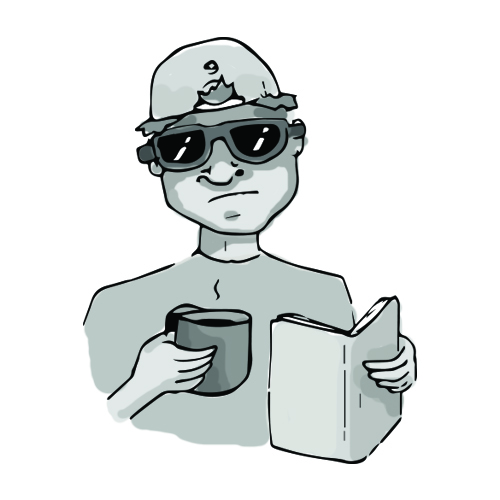 Freshman Judy Wolf is disgusted that many of her peers are choosing to skip classes and not do the homework assignments. Wolf attends every class and keeps up with all of her work.

“The purpose of college is to learn and go to class, not to sleep in and party! I did not take every AP class my high school offered to slack off!” Wolf admitted she’s not sure if she even knew how. Though her classmates do not share her passion, Wolf is enjoying being one of the only students who goes to class.

“I get plenty of attention from my professors, and I get to participate however often I want to,” she said. “Thank goodness there’s no one else trying to get their opinion out there.”

When her professors were asked if they enjoyed having only Wolf in class, they declined to comment. Wolf feels this setup is the perfect opportunity for her to shine like the star she always knew she was. On the opposite end of the spectrum, because there are no more major requirements, many seniors are finding it difficult to do simple tasks such as getting out of bed. With no classes to attend, and the desire to party fully out of their systems, these students don’t know what to do with themselves.

“I’ve watched every TV series on Netflix,” an upset Ali Bennett said. “I’ve played The Sims through 30 generations. I’ve written two whole novels!” With another semester and a half to go, Bennett isn’t sure if she’s going to be able to make it.

“Sometimes I go through my old documents on my computer. I’ll see study guides I had made for midterms, or group projects that I had to do all by myself, and I’ll get sad remembering the good old days.”

Rachel Mucha is a junior journalism major who thought free college meant free tuition, before remembering we live in the United States. You can email her at rmucha1@ithaca.edu.