A Sentence Worse Than Death

The shifting sentiment around solitary confinement

On July 10, 2012, I finished my 25th consecutive year in solitary confinement, where, at the time of this writing, I remain. Though it is true that I’ve never died and so don’t know exactly what the experience would entail, for the life of me I cannot fathom how dying any death could be harder or more terrible than living through all that I have been forced to endure for the last quarter-century.”

This quote is from an essay written by William Blake, a prisoner at Elmira Correctional Facility, which is just a 50 minute drive from Ithaca College. In his essay, Blake writes about the horrors he experienced during the last 25 years he spent by himself in a cell that he describes as being “smaller than some closets [he] has seen.”

Recently, there has been a shifting sentiment around feelings about solitary confinement. This can be seen in the increasing recognition of the issue by politicians. This July, President Barack Obama became the first president to visit a prison when he set foot in one in Oklahoma. Following his visit, Obama questioned the sense of isolating people for such long periods of time.

“Social science shows that an environment like [solitary confinement] is often more likely to make inmates more alienated, more hostile, potentially more violent,” Obama said. “Do we really think it makes sense to lock so many people alone in tiny cells for 23 hours a day for months, sometimes for years at a time? That is not going to make us safer. It’s not going to make us stronger. If those individuals are ultimately released, how are they ever going to adapt?”

In addition to Obama’s rhetoric, states have started to shift protocol on solitary confinement in their prisons. Reforms have been taking place in California, where according to a story from NPR, prisoners can now only be sent to solitary confinement if they commit new, serious crimes, such as assault or murder. This reform was prompted by a lawsuit from inmates at California prisons against the state. The inmates argued their solitary confinement sentences were cruel and unusual punishment. The suit stated that California prison authorities have a year to look over records of the 2,000 inmates currently in solitary to decide whether or not to release them into normal custody. However, over 1,000 inmates in solitary confinement were almost immediately released into less restrictive custody following this suit with few problems resulting.

Another state that is trying to enact reform is New York, where a bill on solitary confinement was recently introduced that indicates the shifting sentiment on this issue. According to the New York State Senate website, the bill calls for restrictions in the use of segregated confinement and for the introduction of alternative rehabilitative confinement options. The bill would also ban prisoners from being put in solitary confinement for more than 15 consecutive days, and more than 20 days total in a 60 day time period.

Even more action around solitary confinement has happened recently in New York. In 2014, a New York State prisoner Leroy Peoples brought a lawsuit against the state after he was put into solitary confinement for two years following a non-violent offense, according to the New York Civil Liberties Union, the group that represented Peoples in the case. The suit was eventually dropped following a joint, informal agreement between the union and the federal prisons in New York to reform solitary confinement in prisons, taking immediate steps to remove pregnant inmates, the developmentally disabled and youths from being in solitary.

Another attempt at curtailing the use of solitary confinement in New York is a bill proposed by Assemblywoman Nily Rozic and passed unanimously in the New York Assembly. However, the bill is still awaiting approval by the Senate. This bill would ban solitary confinement for pregnant and nursing mothers in prison. Megan Molina, a representative of Rozic, talked of how this bill indicates shifting sentiment on solitary confinement. 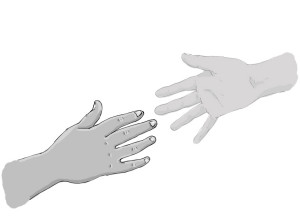 “I think that [the bill’s passage] speaks to some of the changing views on a disciplinary practice that is often regarded as inhumane,” she said.

Jean Casella, a representative from Solitary Watch, said solitary confinement is often not used in other countries.

“Solitary is not used to the extent that we [the U.S.] use it in the rest of the developed world,” she said. “In Europe, for example, it’s fairly rare. They never had the sort of lax attitude toward solitary that we had to begin with.”

According to Solitary Watch, prisoners in solitary confinement usually spend 23 hours a day and five days a week in their 8×10 concrete cell. They are allowed out of their cell for one hour a day, but only to exercise by themselves in an enclosed area outside. The other two days of the week, prisoners are by themselves for all 24 hours. Meals are delivered to inmates in solitary through a slot in the door. If they are allowed visitors, they can only talk to them on the phone and through windows. This rids them completely of any physical contact and most human contact.

According to an article published by The New York Times this August, most prisoners are put into solitary confinement not because of their original crimes, but as a consequence of offenses that occurred during their sentences. These offenses can include prisoners who officials deem to be gang members or those who engage in violent behavior in prison.

However, Solitary Watch writes about other unjust ways a prisoner can be put in solitary, including possession of contraband, use of profanity and discrimination toward their sexuality or religion. The group cites a specific case where a group of Rastafarian men at Greensville Correctional Center in Virginia were put into solitary confinement for over a decade for refusing to cut their hair and shave their beards.

In order to ensure a large-scale reform, Casella said there needs to be policy change, but also acknowledged the difficulty in this due to the multiple prison systems in the U.S.

“I think that there needs to be policy change in order to change solitary confinement on a large-scale, but an important thing to remember is that we don’t have one prison system in the United States,” she said. “We have 50 state prison systems, plus a federal system, and we have hundreds of local jails.”

To make a change, Casella said that federal action needs to occur in the form of a broad law, or a Supreme Court ruling banning or limiting solitary confinement. Casella also believes that attitudes toward solitary confinement are slowly shifting in the U.S.

“In the United States, I do believe that hearts and minds are changing, and I think that policy is just beginning to change,” Casella said. “I think it would be very easy to overestimate the pace of change, it’s been very slow, but it’s definitely happening.”

These shifting laws can bring hope to the thousands of prisoners in the U.S. like Blake who have or are living by themselves in cement boxes. Blake finishes his essay summing up his 25 years in solitary confinement in just eight words.

“I have served a sentence worse than death.”

Sophie Johnson is a freshman journalism major who now realizes she can’t complain about the size of her dorm room. You can email her at sjohnson3@ithaca.edu.