RAW FROM THE SAW: Fake Palms 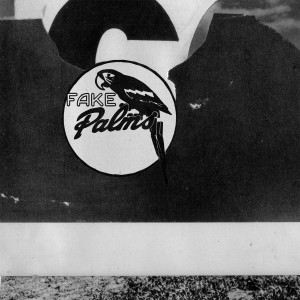 Fake Palms is the debut album from the Toronto-based psychedelic alternative rock band of the same name. And alternative is what its rock is, as each song seems to have two different layers to its sound: There’s the exterior layer, the more audible of the two, which has catchy hooks, dreamy vocals and calm guitar work. Then, there’s the more subtle layer that forms the backdrop of its songs with a hard rock drum beat and extensive guitar.

For songs like “Melatonin,” this juxtaposition of sounds works quite well in the music’s favor. Occasionally, like in the great, minute-long instrumental section in the middle of “Melatonin,” the two wavelengths combine and make a uniquely vivid, headbanging rock-and-pop sound.

Fake Palm’s songs carry a hypnotic, dreamy and abnormal quality to their sound, like the recording equipment and the band were placed at two different ends of a very long hallway. The vocals do a lot of echoing to the point where they’re unintelligible, but the guitar and drums often just drown them out anyway.

The sound is uniquely Fake Palms, but its experimental vibes call to mind the modern-day Guster with more punk influence. The first half revels in this odd and haunting style of instrumentation, while the fantastic second half of the album ramps things up with the best song on the album, the energetic and uneven “YTMATLDPH.” It presents actually intelligible lyrics in cooing “Oooo’s” and the repeated question, “Where did my life go?”

The guitar-centric style permeates “Nerves” and blends amazingly with the heaviness of the drumbeats in “Half Light,” after which the droning vocals and powerful guitar build up of “Sun Drips” sends it home.

The band revels in its simple origins. The first music recorded by Fake Palms was done in a bedroom with low-quality recording equipment and that simplicity followed through. Fake Palms remains a band determined to create complexities from simplistic ways of recording music.

Fake Palms is an album that is loud and whose vocals seem like an afterthought. But its sound is so unique and its boldness so admirable that, at the end of the album, the lyrics don’t really matter that much and all of the band’s audible power can be found in its energetic instrumentals.