Putting Them in Their Place 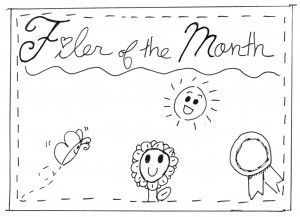 The buzz-phrase “glass ceiling” has been become more and more popular as riled, unsatisfiable feminists fail to realize that they should be grateful they are even allowed out of the house in this day and age. However, the glass ceiling debate highlights a very real issue present in corporate America: How are female employees expected to really understand their lack of privilege if they can’t see exactly what they can’t have?

This issue has been brought to board of director meetings across the country. The media company Misogyn Inc. is the first to have come up with a viable solution: the implementation of transparent glass flooring within its main headquarters. The new flooring is utilized on every floor aside from the bottom, which is reserved for any and all female workers.

“It’s made me really understand my privilege on a whole new level,” Ash Hole, a commercial editor at Misogyn Inc., said. “I definitely understand that I am more likely to have a higher standing in life because of a lack of barriers and stereotypes for my sex. It’s fucking awesome.”

When asked how the new renovations have impacted his professional workflow, Hole confessed that it does become distracting at times.

“When I’m editing, heading to the bathroom, or re-filling my coffee cup, I sometimes find myself looking down below at the female workers,” Hole said. “I wonder if I could cut a small hole in the glass and have my spit land on Janice, the typist whose work station is below my office.”

Another great distraction to several of the male workers comes from the females’ styles of dress.

“It’s hard to concentrate sometimes when you know you’re at the exact angle to just peer down and see into women’s shirts,” producer Dim Wit said. “They just really want our attention and will dress in any way to get it. It really brings down the professional atmosphere.”

When this was brought to the attention to the company’s board of directors, a possible solution of having all female workers wear bright orange jumpsuits to preserve modesty was put on the table. They all thought on it briefly before deciding that the enjoyment the current dress code brought outweighed the potential drop in productivity levels.

To ensure that the full message of the new renovations came across to all employees, the company decided to hold a special event last week. Arming their faithful male employees with gas masks and rubber gloves so that the increased estrogen would not prevent them from performing at top marks, they allowed a select group of female workers to spend an hour above the glass ceiling to see what could have been if they only hadn’t obtained that extra X chromosome.

One such lucky woman was interviewed, but I forgot to write down her name because she’s of no real importance when you think about it. While I spoke with her, she said she worked as a secretary and tried to show me her “Filer of the Month” award (a piece of paper with cute clip art on it), which is apparently a very big deal within the below-the-ceiling crowd.

“I’m absolutely blessed to have been given those 60 minutes with the upstanding members of this company,” she said. “It turns out that all the furniture really is made out of gold.”

According to CEO Richard Wad, this entire project was paid for by eliminating paid maternity leave and health care benefits to racial minorities. This was to prevent any of the high-standing white male workers from having to take a cut on this year’s bonuses.

Jackie Kazim is a freshman film, photography and visual art major who knows better than to question the infallible authority of white men. You can email her at jkazim@ithaca.edu.