Just Not My Type of Law 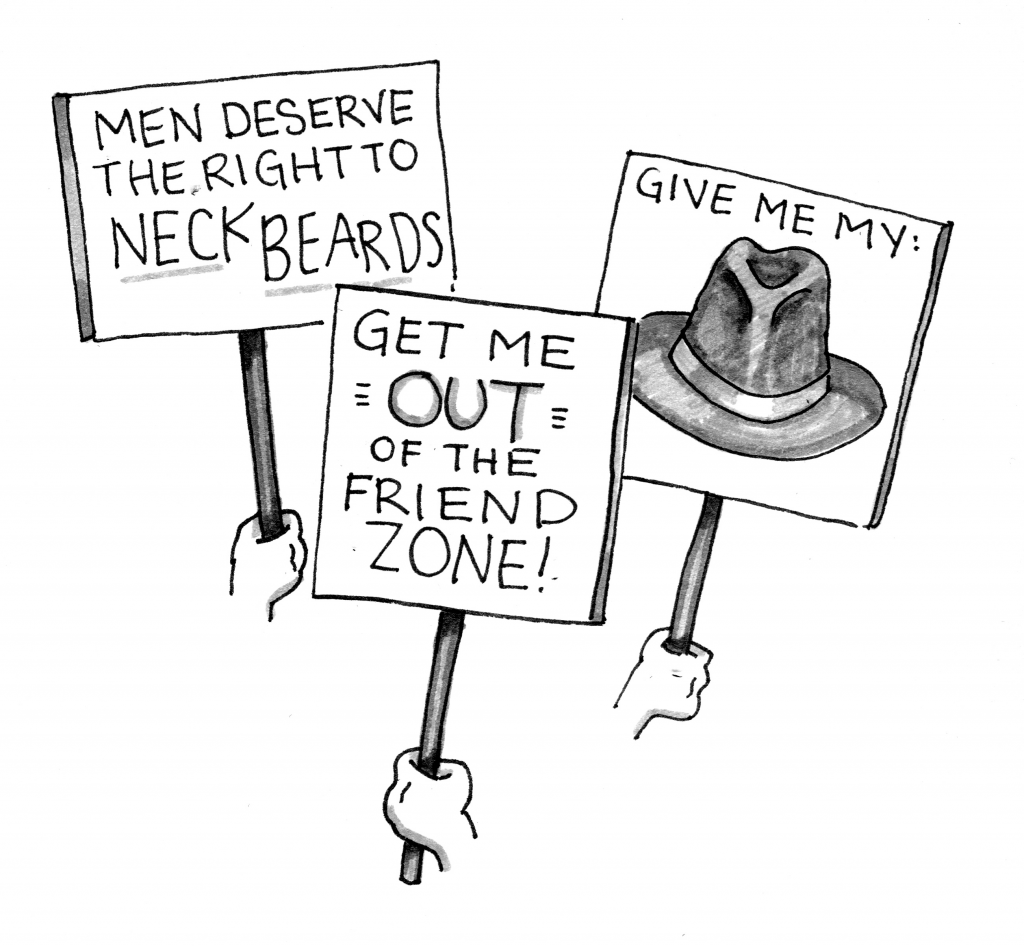 This month, the Supreme Court came to a technically unanimous decision (the three women Justices’ votes being thrown out due to “conflicts of interest”) in favor of a new bill that seeks to outlaw friendzoning.

Some of its main articles detail the conduct to be carried out between two persons in order to protect those who have been friendzoned in the past:

– “Henceforth the injured parties. . . no longer be referred to as ‘neckbeard,’ ‘dudebro,’ or ‘resident of the friendzone’. . . These hurtful slurs are now a hate crime to utter . . .” (Article I, Subsection 1, Paragraph 2).

– “If interaction with . . . another person becomes what [FEDORA] has defined as ‘friendship,’ it is your DUTY and PRIVILIGE to be prepared to . . . romantically dedicate yourself . . . no questions asked.” (Article IV, Subsection 1, Paragraph 2)

– FEDORA defines “friendship” as: “Obsessing over another person, especially if he or she is far more globally attractive than you and share none of the same interests” (Article I, Subsection 1, Paragraph 1).

The bill, which seeks to save those who have “endured the eternal purgatory that is the friendzone,” continues:

Despite the warm reception from Republicans, Catholics and forum sites such as Reddit.com, there seems to be growing dissent from the female population, especially from those FEDORA refers to as “feminazis.”

In a currently trending text post, Tumblr.com blogger Superwholock-Social-Justice-1D wrote: “So, what, now there are more laws to oppress women in our society? Why exactly do I owe my male friends anything, including romantic involvement or sex, just for being my friend?”

The blogger went on to rant about minimum wage, racial discrimination and U.S. foreign policy, claiming that “injustice is prevalent” in our society and that “sexism needs to end.”

Predictably, she has been discredited by at least a dozen of Political Analysts, all of whom claim that the blogger “must be on her period” and is therefore unfit to make any sort of statement at the moment. When the female analysts raised doubt about these findings, they were told to “get back in the kitchen, where they belong.”

“This is bright day for us all,” declared Aaron Thomas, 17, as he left his room to celebrate, Keystone Light in hand. Thomas is a self-proclaimed Internet celebrity; his incredibly emotional autobiography I Am More Than My Hat has one upvote on Reddit. “I’m really glad that the Supreme Court saw the injustices happening in terms of female privilege and, for our lady demographic, the privilege of conventionally hot guys. Now we can put on our favorite hats and grow out our neckbeards without the ugly stereotype affecting us!”

Since the ruling, fedora sales are up and shaving cream sales are down.

“FEDORA will usher in a new day for the rest of us: the oppressed, who have no power in the United States,” continued Thomas, who is a white heterosexual man of British decent.