Ukraine: Eyes on the Ground 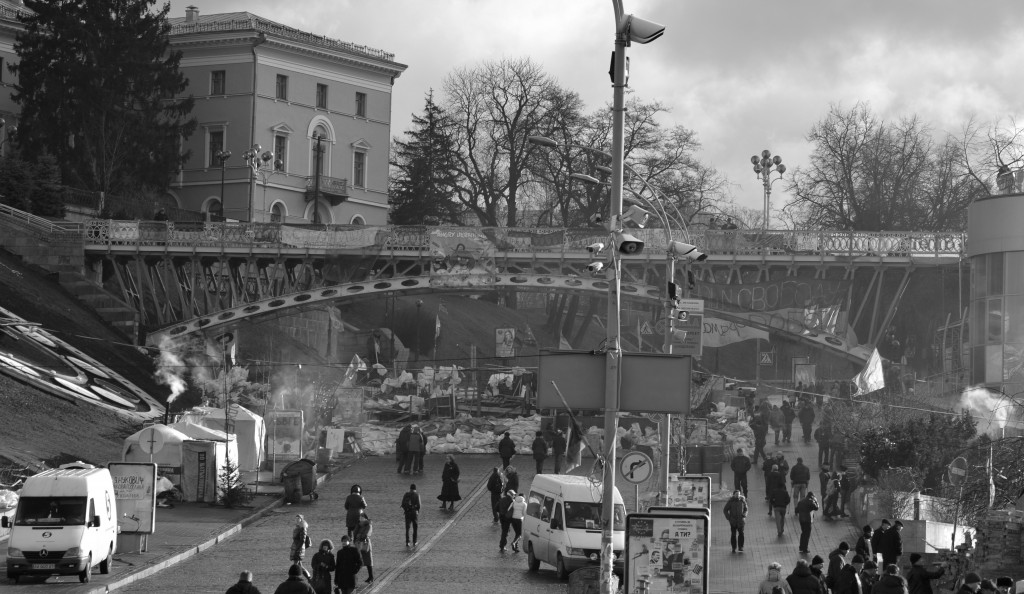 Effects on the people on the inside and outside

During the past few weeks, the crisis in Ukraine has gained international recognition. The whole world now knows of the hardships the Ukrainian people have been facing and of Russia’s ongoing threats to Ukraine. It has been difficult to fully focus on my studies in the United States while my family is currently living in Kiev, the capital of Ukraine, stuck in the middle of this conflict. I am grateful to say my family and friends are still doing well for now, and I am grateful to have the opportunity to Skype with them every day.

The situation is getting more complex as news regarding Ukraine’s crisis surfaces everyday. According to RT News, it began in November 2013 when students decided to peacefully protest upon hearing of former president Viktor Yanukovych’s last minute decision not to sign an agreement to integrate Ukraine with the European Union, and instead signing a pact with Russia’s president, Vladimir Putin. Everything changed from the moment police were ordered to violently break up protests. Over a million people ended up protesting at the Maidan square in Kiev, according to the New York Times.

I went back home for winter break and managed to visit the campsite that people had built downtown. I walked through streets filled with tents and portable heaters from the Soviet Union. With every click of my camera, I could sense the growing apprehensiveness in the air. My visit was in January, days before the situation escalated after Yanukovych passed the dictatorial laws on Jan. 17, which included arresting people for peaceful protesting and prohibiting internet access, among other things.

During this time of violence was when I was most worried for my family and friends. Schools closed down and public transportation stopped working. CNN reported that 100 people were killed on Feb. 20 by snipers who, according to The Independent, were Russian-backed. The disagreement as to who gave the order is still ongoing.

My parents have started to pack their valuables in case they need to be evacuated. They are ready to hop in the car and drive to Austria to potentially stay with my grandparents. At least my family has somewhere else to go. I can’t imagine what it is like for the other victims; the locals who have nowhere else to go and only want a bright future for their lives and for their children’s lives.

It is also hard for me to see my loved ones going through this. Every day my mum seems to grow more stressed and anxious. Some of her family members have asked her why they are still in Ukraine.

“I can’t just pack my bags and leave the house and everything in it,” she said. “It is much easier said than done.” We have lived in that house for over 11 years and have accumulated so many things such as an abundance of family photo albums, among other things. It is difficult knowing that they might have to just leave everything behind. Furthermore, my younger brother has cerebral palsy and traveling for hours with him in the car would not be easy.

My mother feels that Ukrainians are not being supported enough from the west. People seem to be talking about it a lot more than actually doing something about it. President Obama’s initial sanctions were, “mocked rather solidly, both from commentators and the actual target of the sanctions,” according to ThinkProgress. However, it later became clear he was going one step at a time, not to escalate the situation. Some people agree to that method while others wish he had acted sooner. If Putin truly will continue to try and invade more of Ukraine, Ukrainians will have to go to war. More bloodshed is not what people want; however, Ukrainians will do what it takes to keep their country from falling under Russia’s grip, once again. I think it is easy for people to sympathize, but perhaps empathy is what is lacking among the international population. Even I, not being with my family, do not fully seem to realize the extent of the situation and how this crisis is affecting millions of people who are caught in between a power struggle among nations and their leaders.

Right now, the worst is not knowing how Putin will continue to act, considering his recent annexation of Crimea and that on March 28, there were up to 50,000 soldiers at Ukraine’s borders. Will he stop there? Will Obama’s sanctions be enough? Naturally, no one wants to get involved in a war. However, it seems that diplomacy is not an option for Putin. While even Russian people are protesting against Putin, it is the government of Russia that is power hungry and seems to want to rebuild the Soviet Union. We can only hope that history will not repeat itself.