Home Issues RAW FROM THE SAW: Cults
IssuesMagazineMinistry of CoolSex

RAW FROM THE SAW: Cults 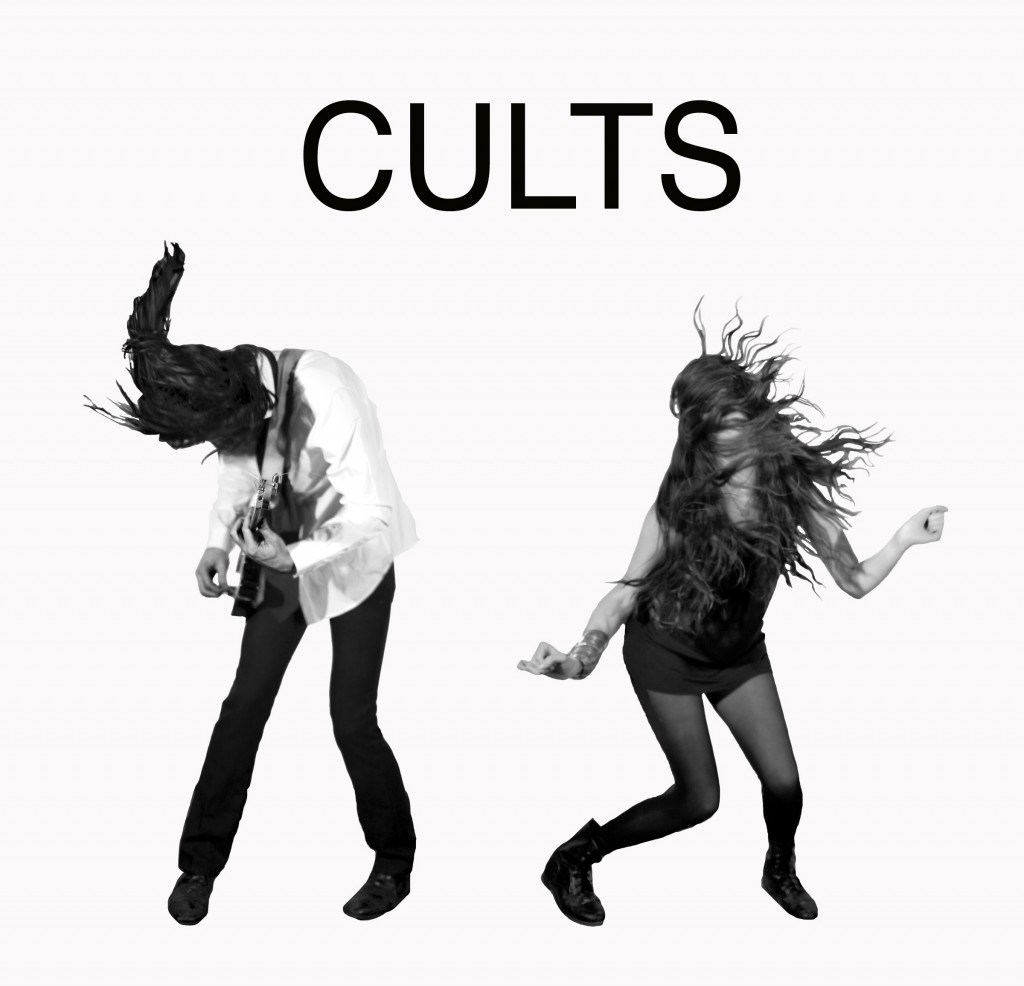 The Haunt buzzed with the clamor of conversation and clinking glasses, but was still only a quarter full an hour before experimental pop ensemble Cults was due to take the stage for its first-ever Ithaca gig on Feb 18. But as soon as frontwoman Madeline Follin stepped on stage, the space was filled to the brim— teenagers climbing atop the sticky, alcohol-soaked booths to catch a better view at the indie-poppers as they melded together New York noise with California stoner-vibes for a night of divinely inspired indie-rock madness.

Cults has come a long way since stumbling out of the underground clubs of NYC to record its self-titled debut album in 2010. Relying almost entirely on word-of-mouth promotion, the group slowly cultivated a loyal fan base, eventually being swooped under the wings of Pitchfork and legendary indie rockers the Pixies.

At 9 p.m., noise-rock group Mood Rings swaggered onto the stage to shake the room alive with a wave of rock-reverberation. Setting the tone for the night, the shoegaze quartet plowed through a 40-minute set of trippy guitar shrieks, breathy vocals and stuttering keyboards. Frontman William Fussel was the real entertainment, however, taking occasional breaks from the set to engage in some carefree hair-whipping and witty banter about starting a cosmetic line before scooting off into the background.

After a 20-minute layover, Cults were finally cued onto the stage as four screens of white fuzz—playing off the cover of the band’s second album, “Static”—lit up. Met with generous applause, the indie-pop duo slid right into the psychedelic clamor of its latest popular hit “High Road” which segued into the electro-rush of “Abducted.” In a call-and-response fashion, frontman Brian Oblivion puttered between guitars and keyboards as Madeline Follin wailed out, “He broke my heart because I really loved him/ He took it all away and left me to bleed out, bleed out.”

In performance, Cults’ live sound — hardly dull to begin with — is tempered with a new, dramatic shade for the night as Oblivion and Follin venture across the stage through a laser maze of blue and green swirling lights. Lesser-known tracks like “We’ve Got It” and “So Far” heat up in the friction of live performance, and Oblivion occasionally breaks free from the group’s signature reverb in blasts of joyful guitar solos. Meanwhile, fan-favorites such as the finger-snapping waltz “You Know What I Mean” and retro ‘60s girl-group sample mix “Bumper” are transformed by Follin’s lustrous vocals, which bounce between jangly xylophone-styling and guitar hooks.

The highlight of the night came at the conclusion of the show, when Cults returned on stage for a three-song encore, including their summer-y hit “Go Outside”. Starting off in a swirl of percussive elements and sugar-coated guitar licks, the track climaxes into a full-fledged, sing-along anthem as the crowd joined Follin in chanting the end line: “I think I want to live my life and you’re just in my way.”

Despite what the name suggests, Cults are far from being stuck underground. While their stage set is intimate and simplistic, the group’s performance is passionate and lively and its music larger than life, offering up a unique twist on what a pop show can be and mean.