All Kinds of Love 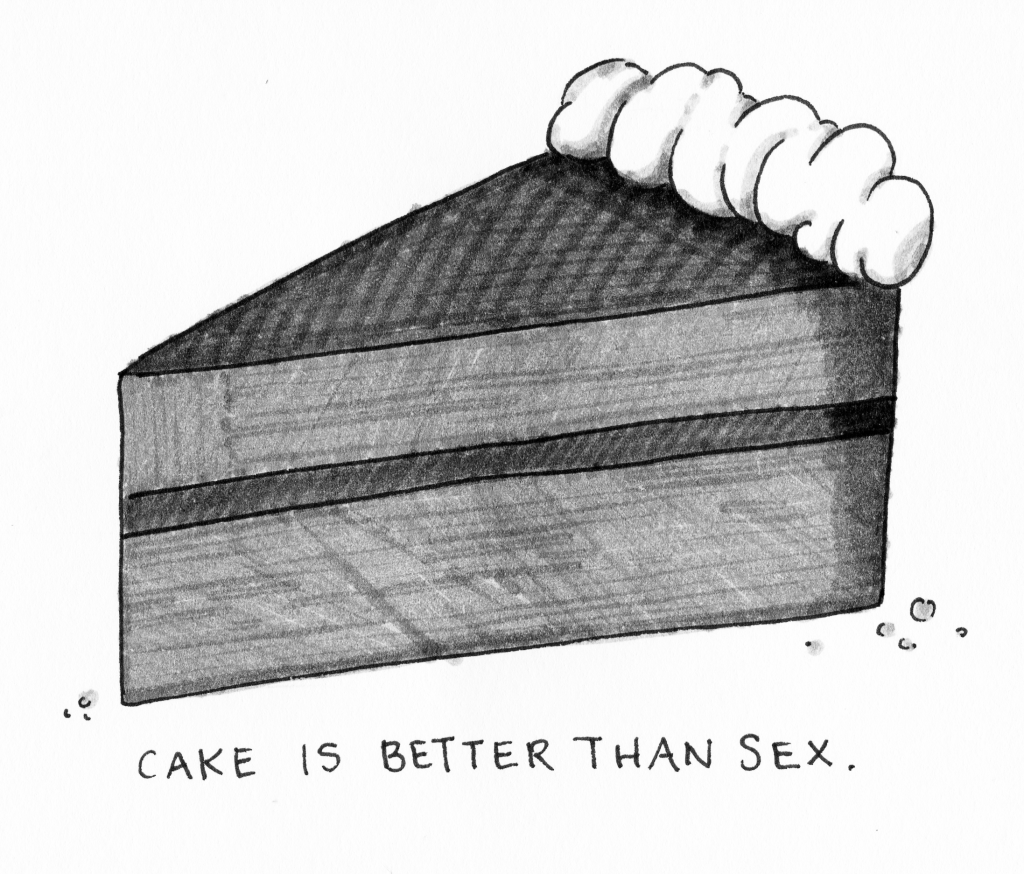 “Asexuality? I didn’t really know that was a real thing,” my friend said when I asked him if he had ever heard of it. “Like… plants?”

My friend had no intention of being cruel, but he like the majority of Americans, was completely oblivious to the fact that asexuality even exists.

According to the Asexuality Visibility and Education Network (AVEN), the premier group about asexuality, “An asexual is someone who does not experience sexual attraction. Unlike celibacy, which people choose, asexuality is an intrinsic part of who we are.” According to a 2004 study, one out of 100 adults are asexual. With a number like this, it’s surprising that asexuality is still cloaked under such mystery.

Or maybe not. We live in a hyper-sexualized culture, where for example, the Sex Issue of Buzzsaw Magazine has generated the most excitement I’ve seen for a topic so far.

I decided to approach asexuality by putting out a call for interviews on Tumblr, where I’d noticed a small but strong community of asexual people — “Acey” is a commonly used abbreviation. I was happy and shocked by the enthusiasm and quantity of responses that I received; many people, it turned out, had never previously had the opportunity to discuss their experience. The responders were of many genders, ranged from age 16 to 27 and lived in places from New York, to Washington state, to Norway.

So, what does asexuality mean to these many people? Hannah, a 19-year-old student in Texas, emphasized: “I have nothing against sex!” An anonymous 22-year-old from Ohio explained that if a partner wanted to, she might have sex with them. “Sex just doesn’t have any intrinsic value for me, it’s not something I desire independent of other things…An analogy I use is the idea of hunger: people can still eat even if they’re not hungry.”

However, Hayley, a high school junior from Ohio, had a different view: “I’m also sex-repulsed, but that isn’t the case for all asexuals.” This generally means that the person wouldn’t want to be in a relationship that had sex in it at all.

Asexuality is essentially not experiencing sexual attraction. As AVEN explains, a small portion of people identify as asexual temporarily before coming into a different identity, but that is not common. Asexuality is different from abstinence, where one does not have sex as a choice despite (in some cases) experiencing attraction; this is a sexual orientation.
“I was having thoughts about sexual and/or romantic relations back in middle school. It was really easy to notice I didn’t care one bit about the gossip found in hormonal teens on who they were digging,” Melanie, a college student in Washington, said. “It was about 7th grade I started looking on the Internet about various sexualities, if only out of curiosity.”
Discovering one’s asexuality can be a lengthy process, like any other sexual orientation. The vast majority of respondents found out about asexuality from online research, such as Wikipedia, AVEN’s website or coming across the community on Tumblr.

One man I interviewed is a military corporal, where he strongly articulated the reasons for his anonymity: “The military is still very ace-phobic.”

His experiences in military culture informed the formation of his identity, though he is still not out in that community. He discovered that he was asexual “a few years ago. I could never understand what people were talking about when they would look at an (admittedly attractive) girl and say things like ‘MAN I would smash that’ or ‘I wanna bury my DICK in her!’ or whatever. I just never understood it. I still don’t.”

In terms of sharing their sexuality most people were out to a few close friends, family members, and to partners, but few were out to their larger communities, such as colleagues or extended family.

Renya, a 19-year-old from Germany, expressed her qualms about sharing her identity with her parents: “With my family, it’s complicated… I told them I’m not sexually attracted to people but they don’t believe it. ‘It’ll change when you get older/have a boyfriend, you’re a late bloomer, you’re prude, the right one will cure you’. I don’t lie about my feelings but I try to avoid the topic around them, due to comments like that.”

Meanwhile, Scottie had a positive reception from many people in their life. “I’ve come out to my friends, family and various doctors. My friends and counselors handled it very well,” but their parents were also insensitive they said. This led me to question the gap of generations; asexuality is more and more discussed online and on college campuses, but how will our parents become educated on the growing spectrum of recognized sexual identity?

Ithaca College is one of the many colleges bringing more and more voice to the asexual community. Luca Maurer, Outreach & Services program director of the LGBT Center, said that in the last three or four years more asexual student have been out on campus and expressed varying desires for a community. He iterated the importance of “finding what the students need.”
At the time of interview, Maurer was planning for the first mixer hosted for asexual students and their allies. “I’m hoping to get more of a read on what students are looking for,” he said. In the past, mixers such as this one and starting a specific student group for asexual students have been ideas.

Cornell University just started one such group this semester called ACE. As reported in the Cornell Daily Sun, their first meeting went well and they hope to provide support and education to those who are asexual. Education of allies is a priority, too.

Support from those who are not asexual is very important, too. “One thing I’m excited about,” Maurer said, “is that the not-asexual students have been very supportive. People are so excited — that’s something great about this campus.”

So, what can you do to become supportive of this community? Ari from Arizona put it best: “Asexuality doesn’t mean you can’t experience love and meaningful relationships.” As it often does, this issue simply comes down to a need for respect for all kinds of love.