A System of Harassment 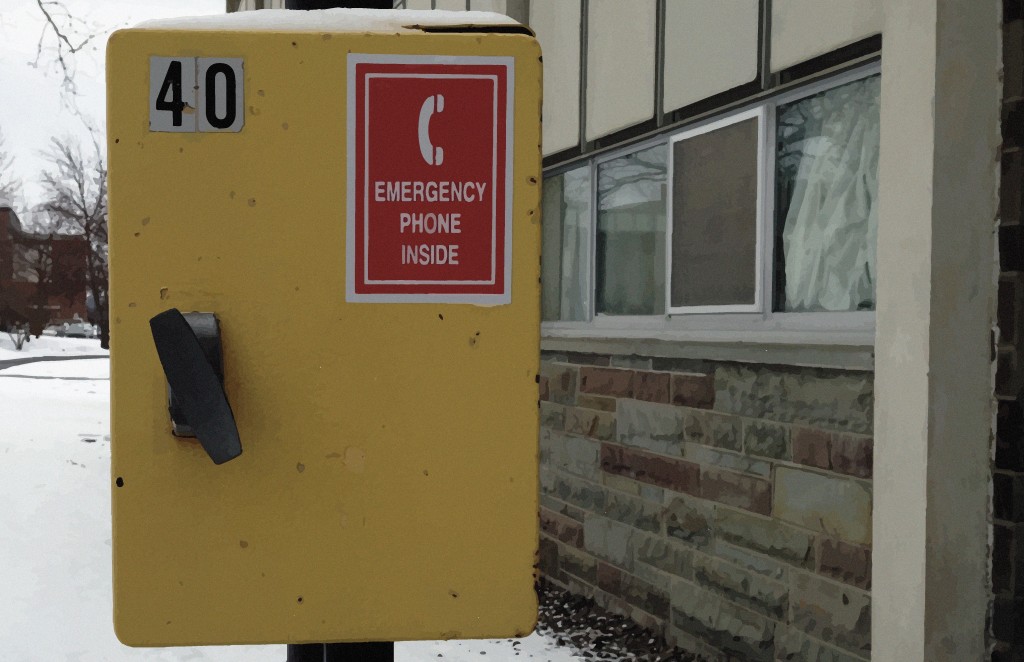 Gender, culture and the plague of collegiate sexual harassment

Statistically speaking, you’ve probably been there. The unwanted ass-grab, an inappropriate touch, “Hey baby, can I get some of that?” Maybe you produced it, maybe you’ve received it, maybe you’ve just witnessed it. But, very literally, odds are, you’ve been affected.

According to a study by the American Association of University Women (AAUW), portions of these cultures are unsolicited and are affecting the well-being of both male and female students. According to the organization’s study, “Drawing the Line: Sexual Harassment on Campus,” 62 percent of college students have been sexually harassed and 66 percent personally know someone who has experienced sexual harassment.

It is important to recognize that, although an equally important issue, sexual harassment is not synonymous with sexual assault. The U.S. Equal Opportunity Employment Commission’s definition of sexual harassment includes “unwelcome sexual advances, requests for sexual favors and other verbal or physical harassment of a sexual nature,” as well as noting that “harassment does not have to be of a sexual nature…and can include offensive remarks about a person’s sex.” Sexual assault, on the other hand, is a narrower category explicitly referring to physical sexual attacks and advances. The United States Department of Justice defines sexual assault as “any type of sexual contact or behavior that occurs without the explicit consent of the recipient. Falling under the definition of sexual assault are sexual activities as forced sexual intercourse, forcible sodomy, child molestation, incest, fondling and attempted rape.” It is also important to mention that, in contrast to collegiate sexual harassment, sexual assault is an issue affecting a disproportionate amount of female students according to sexual assault advocacy organization One in Four.

Collegiate sexual harassment is not confined by location. Harassment spreads beyond the broken red cups and kegs, beyond the greasy bar floor and beyond the gyrating house party. It can be found in classrooms, campus centers, school-sponsored events or on the streets of your university town. Cornell University health educator and victim advocate, Nina Cummings, said that sexual harassment is less dependent on location, and more dependent on social attitude and dynamics. “It’s been my experience that it can be a group dynamic. Like with anything offensive there can be a leader of a group and others, because of power dynamics, they feel silenced and go along with it and perpetuate it,” Cummings said.
Just as sexual harassment defies geographic and location barriers it also passes through gender-specific constraints. According to the previously mentioned AAUW study, 62 percent of female students and 61 percent of male have experienced some form of sexual harassment. According to Brenda Russell, a professor of applied psychology at Penn State Berks, collegiate sexual harassment is not a gender specific issue, but an issue of society’s sexual and gender expectations.

“I would say that harassment is a product of our gender norms and in society’s adherence to the pressure to maintain these gender norms,” Russell said. Although both men and women are contributing to and suffering from sexual harassment, the expectations and norms that prompt these advances, and the way in which individuals respond, may differ depending on biological sex.

“The types of things that guys perceive as harassment are more gender-based harassment, which challenges sexuality. Calling them ‘faggot’ or ‘wussy’ or ‘pussy,’” said Russell. “For women we’re more worried about our sexuality and our sexuality being taken advantage of. So we’re going to look at sexual innuendos a lot differently.” Cummings found that although sexual harassment is not gender specific, is does affect men and women in differing ways. “In my mind, and legally, there are two kinds of harassment. One is due to harassment of a sexual nature. In other words, putting pressure for sexual favors or physically touching someone in a sexual way. But then there’s also sexual harassment because of a person’s sex,” Cummings said. “Women would be more likely to be victimized by sexual harassment of the physical sense, while there is more of a balance of men and women being harassed based off of their sex.”

Cameron also believed that sexual harassment can run along gender lines. “Sexual harassment absolutely promotes, encourages and reflects gender stereotypes,” he said. Cameron believed that societal stereotypes often cloud understanding of gender-based sexual harassment. “Oftentimes when people discuss men being harassed by women, there’s this misconception that it’s a compliment — or that it would be welcomed,” Cameron said. “Often these ‘compliments’ are threats or insults on a larger scale of gender-based violence. The reality is that many men are harassed, often for their sexual identity, gender presentation… and that harassment carries a very real threat of escalation.”

Cameron also noted that societal expectations of female sexualization might contribute to the way in which collegiate women are sexually harassed. “There’s a climate that encourages or rewards unhealthy codes of masculinity,” Cameron said. “Performed unhealthy masculinities include public heterosexual performances and direct presentations of power or control over women, often expressed in street harassment.”

Russell said societal gender stereotypes suggest that men are expected to view the reception of sexual innuendos as positive, endearing, or sexy, while women are expected to receive them as attacks against their gender expectations. “Guys are supposed to think this is a great thing,” Russell said. “As women, we are expected to protect our sexuality as being feminine. It’s completely based off of gender roles.”

When gender stereotypes are spread through society, pressures to agree with these norms, both positive and negative, become key contributing factors to unwanted attention or activity. “All these traditional sexual norms that we adhere to actually predict sexual harassment for both genders,” Russell said. “Those who adhere to traditional gender roles are far more tolerant to sexual harassment.”

“Technically, illegal harassment is when it affects your work or employment or if it creates an intimidating or hostile work environment,” Russell said. “So with a lot of the results of college studies, it shows that sexual harassment is affecting [students] performance.”

To this extent, sexual harassment is an issue of educational comfort, success and availability. During her freshman year, Ithaca College sophomore Christine Stemmer experienced a case of sexual harassment that made her question her campus safety and comfort when attending classes. A male student she had met at a theater audition began contacting her with sexually graphic Facebook messages before confronting her in person. “I went to this party and he was there, and I didn’t really interact with him. I left with some people that were my friends and I walked back to my dorm and I all of a sudden got all of these messages like ‘where are you? You left without me!’” Stemmer said. “And all of a sudden he showed up outside of my dorm yelling at the building. He kept sending me more messages and I was like ‘I am not interested.’ It made me very uncomfortable. Just seeing him around made me uncomfortable. It made me question going to class.”

Stemmer’s story is just one of many situations of sexual harassment carrying the potential to stunt a student’s ability to succeed academically. Not only can sexual harassment impede a student’s academic success, but the experience can also hinder a students’ ability to grow personally and socially. Sophomore Tal Eyal recounted a situation of harassment at the first off-campus gathering she attended her freshman year of college. “I was looking around for a party because no one had told me where they were. I went to some sports house, and within five minutes of being in the house I was pushed against the wall of a stairwell and groped,” Eyal said. “I learned what to avoid and what kinds of parties to avoid. Since then I’ve been very careful about what parties I go to.”

In order to curb the detrimental effects of sexual harassment, a fundamental shift in culture and ideology must take place to decimate acceptance, compliance and stigmas of sexual harassment. Cameron said this transformation must extend beyond university walls. “While I would agree that there is a culture of sexual harassment on college campuses, at Hollaback!, we believe it’s important to expand that conversation, recognizing that street harassment is part of a larger culture,” Cameron said. “College campuses are not separate from the towns, cities and countries they are a part of, and the student body that experiences and perpetuates harassment today will continue on to shape our culture tomorrow.”

Russell agreed that sexual harassment culture is far deeper than the college campus level and recommended early education as a solution to curbing sexual harassment at the university level. “It should be reinforced in elementary school and middle school, and we would see this issue less in colleges,” Russell said. She also emphasized the importance of a gender and sexual orientation inclusive curriculum at all levels of education. “When discussing how sexual harassment is affecting campuses, they only talk about women. But it should be ‘this is appropriate behavior and this is not.’ It should not be only women. If they have a climate that doesn’t support harassment, the climate will change,” Russell said.

Cummings also believed that the responsibility to report acts of sexual harassment is under emphasized and under accessible on many college campuses. “I think it is too often that the burden falls on those victimized much more than respondents,” Cummings said. “It’s more palatable to accept it than to challenge it when you feel that you are swimming up stream and it seems prevalent and just part of how it is.” Cummings emphasized the importance of making the topic of sexual harassment much more than a victim issue. “We need to empower individuals to think this is not an individual situation but a community standard,” Cummings said. “We need to be empowering individuals to feel safe and comfortable stepping in.”

To achieve a fundamental shift in the climate surrounding sexual harassment, it is imperative that both small scale and national programs are implemented and rigorously enforced. President Obama has been championed for recently signing a memorandum to develop a senior-executive task force to fight against sexual assault on college campuses. In January, the task force released a rundown of past and potential future actions entitled “Rape and Sexual Assault: A Renewed Call to Action,” but little has since been heard. The task force has been given 90 days to suggest best practices to combat rape and sexual assault on college campuses. As of now, no task force has been developed to target other forms of sexual harassment such as verbal, cyber, mental or emotional harassment, not included in the governmental definition of sexual assault.

Bearing in mind that over half of all current college students have or will fall victim to sexual harassment before their graduation date, a change must be made. Whether it be a bottom-up shift in gender-based expectation, or innovative curriculum or a top-down legislative approach, it is imperative that campus communities re-evaluate their attitudes towards sexual harassment.