The Temptation of Toyland 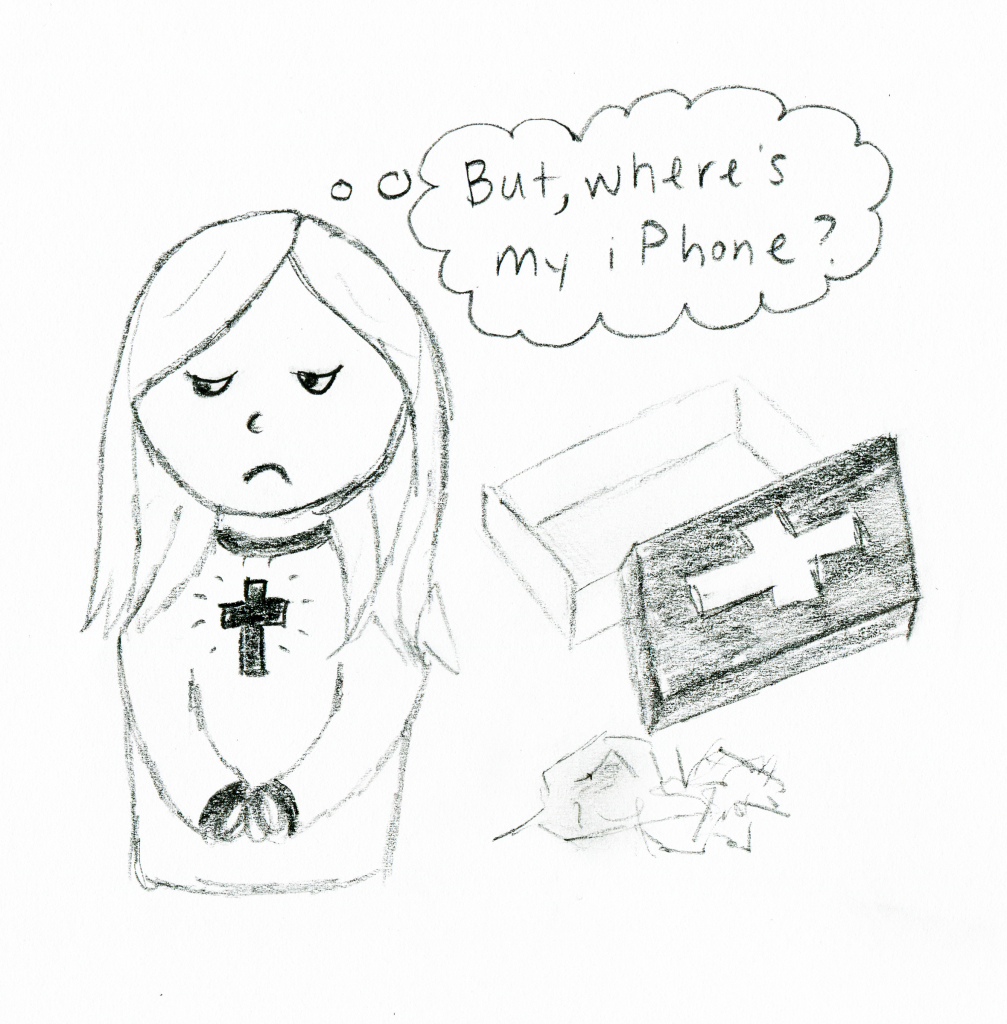 The infiltration of consumerism in Christmas

Santa is on his way and we are expecting more from him this year than ever before. With just a few weeks left until what many consider the biggest holiday of the year, the pressure is on for all those who are participating in gift-giving this holiday season.

Whether it is the new Xbox One, toys for kids or the Bills tickets bought for the significant other, the average American is estimated to spend about $704.18 each holiday season, according to an infographic published by Outright.com, a website that helps businesses manage their finances.

This Black Friday alone, stores opened earlier than ever, some as early as 6 p.m. on Thanksgiving. TIME Magazine reported in an online article that only one person had died and only 15 people had been injured in the wake of the shopping chaos, calling it a “calm Black Friday.”

When did Christmas, originally celebrating the birth of Jesus Christ, become all about giving and receiving presents?

Father Carsten Martensen, the Catholic chaplain at Ithaca College offers an explanation for this rise in consumerism.

“With the growth of international corporations, it seems that there is much more commercialism attached to the celebration of Christmas,” said Martensen. “The emphasis on gift-giving and sharing with others is certainly good — but the overemphasis on gift-giving, and therefore purchasing, has diminished the reason for and the purpose of this holiday,” he said.
Curtis Brown, founder of Veritas Expressions, an organization dedicated to expressing the truth of the Christian holidays, said, “gift giving is a part of Christmas… but it can easily become the focus of Christmas.” He added, “the significant consumerism of gift giving … draws one away from what Christmas is all about: celebrating and reflecting on the greatest gift to mankind.”

Veritas Expressions runs a campaign called Keeping Christ in Christmas, a project that encourages those who celebrate the holiday to reflect on its religious roots. Their website offers historical facts about Christmas and other Christian holidays, and products that can be bought (ironically enough) to show commitment to focusing on the religious roots of the holiday.

However, Brown is not the only one rejecting the consumerism of the holiday.

Aiden Enns founded a similar organization, called Buy Nothing Christmas, in 2001 when he began to question his own “zealous” Mennonite faith. Raised as an evangelical Christian, Enns said it dawned on him in his mid-20s that there were many social issues in the church. Frustrated, Enns took to rereading the Bible and found that he started interpreting the gospel through a perspective of social justice.

“I began to see the Christ figure as a resister,” said Enns “ and if I want to be faithful to this figure, I realized that I should adopt an ethic of resistance.”

“That’s the genius of Buy Nothing Christmas: it gives people other options,” Enns said.

Enns’ message is reiterated, though more musically, by Reverend Billy and the Church of Stop Shopping, a radical performance group based in New York City. Reverend Billy and his wife, Savitri, lead a post-religious “congregation” of 50 people who tour the country preaching the gospel of anti-consumerism.

The group holds “services” wherever they can and have appeared on a number of news programs, television shows, and even in their own documentary, titled What Would Jesus Buy, produced by Morgan Spurlock.

Though entertaining and comedic, Reverend Billy’s services deliver a hard message and serve to snap consumers out of their mindless buying habits. Much like Enns, Reverend Billy preaches against the consumerism that makes up and simultaneously engulfs American capitalist society.

“I get two kinds of reactions to what I’m doing,” Enns said. “The majority of people are very grateful for this type of thing, that someone has given them permission to rein in all the spending and needless commercial extravagance. The other response is deeper and it’s critical and it’s challenging. It’s people who are saying, ‘Well, if you don’t want consumer capitalism then what do you want?’”

For those firm believers in American capitalism who challenge his campaign, Enns doesn’t have an economic model to propose. But his insistence on changing the current model remains. “We can reorient our patterns of giving or affection around non-commercialization. We can use thoughtfulness, kindness, and generosity,” he said.