RAW FROM THE SAW: The Hunger Games: Catching Fire 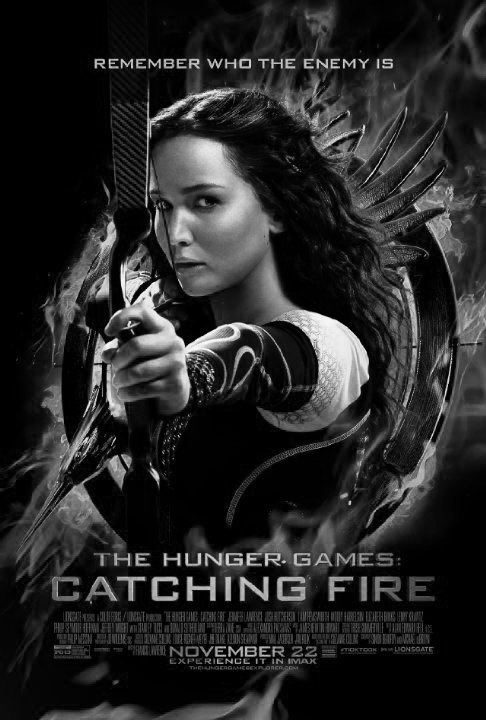 Movie Review
To an objective observer, I am the epitome of a Hunger Games hipster. I read the books long before the hype and was peeved when people suddenly became obsessed with the series when a movie deal was in the works. However, unlike pretentious book worms who scoff at the idea of a film adaptation, I look forward to movie versions of my favorite books. When I bought my midnight premiere tickets to The Hunger Games: Catching Fire I was hopeful that the film would do justice to my favorite novel in the trilogy.

My movie viewing experience was off to a rocky start; upon printing my tickets, I discovered my “midnight premiere” was actually at 10:30 p.m. Although I usually relish any opportunity to sleep, I was immediately angered; the anticipation and excitement surrounding a midnight premiere was squandered by this bizarre time change. The feeling inside the theater reflected this; instead of an audience of adrenalized Hunger Games nerds, the theater was filled with pseudo-fans who lacked the enthusiasm that is usually present at premieres.

Poor ambiance aside, the film was an excellent representation of the original work. Whereas the first film took artistic freedom through pauses and grand landscape shots, which led to a few awkward moments, the second film matched the energetic tempo of the book itself. My heart raced nonstop for 146 minutes as the film pushed the limits of its PG-13 rating. However, the filmmakers didn’t completely abandon all qualities of the first film: this movie also showed the behind-the-scenes inner workings of the Gamemaker’s control room, which brings a complexity that could not be achieved in the books.

The cast excels both in quality of acting and quantity of famous faces. America’s sweetheart Jennifer Lawrence continues to carry the film with strength and grace, channeling the abrasive subtlety of heroine Katniss Everdeen, and Josh Hutcherson’s Peeta Mellark remains unassuming and charming. Even Liam Hemsworth, whose good looks couldn’t make up for his lack of ability in the first film, had a better grasp on the character of Gale Hawthorne. Philip Seymour Hoffman joins the cast as Head Gamemaker Plutarch Heavensbee, and it comes as no shock this established actor nails the nuanced role as he teeters the line of enemy and ally.

Although my lackluster experience at the “midnight” premiere didn’t live up to my fangirl expectations, The Hunger Games: Catching Fire not only does the book justice, but improves upon it through the excellent performances. The second movie surpassed the already-impressive first film, which gives me faith that the final installment will honor this amazing trilogy.