Home Issues RAW FROM THE SAW: Days Are Gone
IssuesMagazineMinistry of CoolSurveillance

RAW FROM THE SAW: Days Are Gone 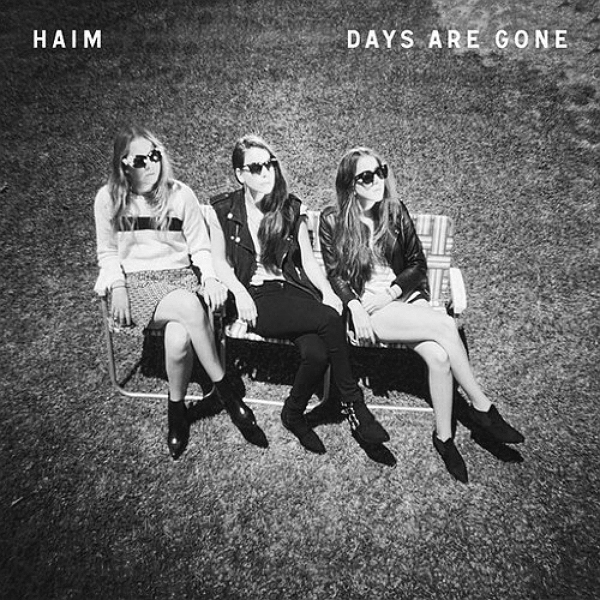 Haim’s debut studio album, Days Are Gone, had a lot to live up to for a first release: Spotify promoted it unendingly, and a popular iTunes EP was released a few months in advance. The California-based family band gained exposure over the past year while playing at Delaware’s Firefly Festival and opening for Mumford & Sons on their East Coast tour this past winter.

Even following all that buildup, the album does not disappoint. One of its strengths lies in its genre-mixing: some songs are punkish and some are simple California indie-pop, creating a chill vibe that permeates the entire album. Overall, Haim’s sound is comparable to Fleetwood Mac cleverly mixed with the much harder sound of Depeche Mode. Most of the songs resemble ‘80s synth-pop, burning with killer guitars and badass girl power. Despite the fact that most songs are about the fairly unremarkable topics of relationships and breakups, the sheer talent in complex guitar breaks and unique vocal harmonies keeps it interesting.

This creative approach is epitomized by “The Wire,” one of the catchiest tracks on the album. The song isn’t a traditional breakup anthem by any means; each verse ends with an indifferent “Well, I know, I know, I know, I know that you’re going to be okay anyway.”

“Falling,” the infectious single that put the band on the map, portrays a similar attitude. It has an eerie sound, riddled with echoes and vocal harmonies. The chorus discusses the failure of the same tough exterior that the band portrayed in “The Wire”: “They keep saying:/ Don’t stop, no one’s ever enough/I’ll never look back, never give up/ And if it gets rough, it’s time to get rough/ But now I’m falling.” Lines like this humanize the band; they admit that they’re “falling” despite their best efforts, something that every listener can relate to.

The best track on the album, however, is “Don’t Save Me.” The lyrics express the idea of losing one’s identity in a relationship where it has become about “being saved” by the other person. The song, with heavy ‘80s pop influences, is both infectious and empowering, and stands out as the most memorable track on the album.

Days Are Gone is marked with catchy pop tunes and undeniable musical talent and collaboration, setting up great expectations for the band’s future releases. Their musical talent and vocals are unique, and their worn-out lyrical themes are the only aspect that’s holding them back. As the band matures, there’s hope that the stories they tell will grow to match the unique and powerful way that they tell them.