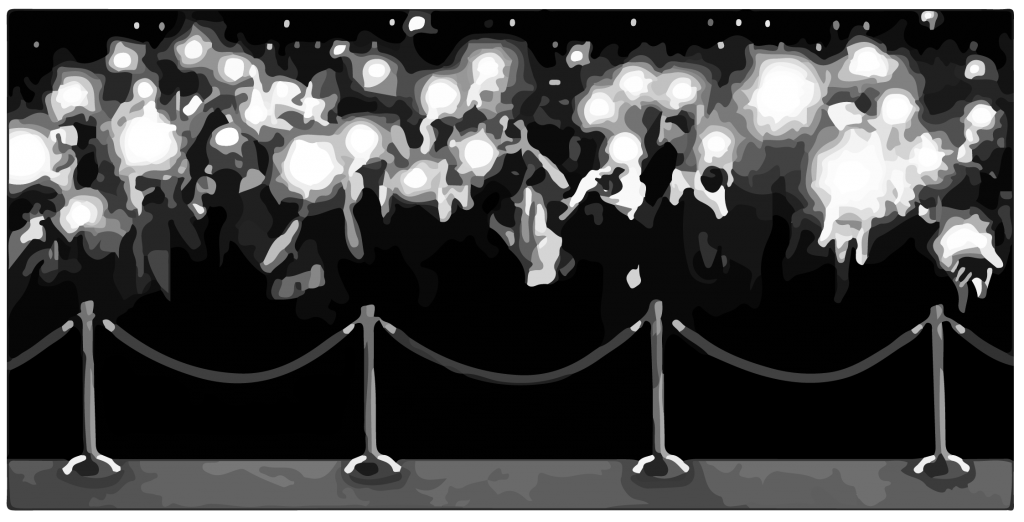 Confessions of a paparazzi

I’ve seen it all. The wardrobe malfunctions, the make-out sessions, the toddlers in Chanel, the weight gain, and the weight loss. My camera has been there, right by my side to capture it all. I’ve been threatened by Eminem, almost punched by Kanye, and don’t even get me started on Avril. I was one of the first to break Spears’ meltdown and her sister’s baby bump. I got a hefty paycheck for capturing Madonna canoodling with her bodyguard and that time Michael Jackson held Blanket over the balcony got me a raise.

I’ve been in this business for some time now and I honestly have to say I love it. It is the most rewarding job in America. Without me, capitalism would crumble. Nobody would have any idea what celebrities do on a daily basis. Is that the kind of world we want to live in? I think not.

We, the paparazzi, are true investigative journalists. We put ourselves in danger, trespass on private property, and go undercover all for the sake of finding the truth. The truth is our top priority. It’s what the people of this magnificent country deserve. Is Kristen Stewart pregnant or was that just a big lunch? These are the kinds of questions we should be asking. Undying skepticism is what separates top journalists from the rest.

One time I leaked the ten recently watched items on Miley Cyrus’ Netflix account. I got more re-tweets that day than any of Justin Bieber’s tweets ever. That is because this is what the people care about. This is what is actually important. Julian Assange leaked confidential documents that revealed secret government plans, but how many people actually read those documents? People care most about the things that will affect them directly, like what shoes Suri Cruise wears when she goes on a walk.

Unfortunately, this business is a dying one. That child who worships Perez Hilton and takes candid pictures of his or her family, dreaming of one day becoming a member of the paparazzi, might have a pretty tough time with it. Today’s celebrities with their Instagrams and Twitters and Vines are beating us to the punch. They have become their own paparazzi. It was a haunting day in the office when Amanda Bynes took all those selfies in the gym. I should have been there and everyone knew it. I literally can never take a picture of Kim Kardashian in a bikini again after that picture on her Instagram. She did it herself and she did it better.

These young celebrities are making us look bad. People like when celebrities take their own pictures because it makes them seem like normal people. It’s no longer good enough to take a picture of Taylor Swift eating ice cream. People want Taylor to do that herself, and what’s more, the people are asking all the important questions themselves. What kind of ice cream is she eating? What other flavors of ice cream does Taylor Swift enjoy? Is she discriminating against other ice cream flavors? The people are losing trust in the paparazzi. Obviously Kristen Stewart just ate a big lunch. She took a picture of it herself and put it on her Instagram, in sepia might I add. I mean, how can I compete with that?

A world without the paparazzi would be a strange and confusing one. We connect people. We bring them together. We were the first social media. Without us, nobody would know what Matthew McConaughey looks like catching a football in mid air on the beach wearing only cargo shorts. You’d have to actually watch his movies to ever find out! Perish the thought!

Even if the business is dying, this world will always need paparazzi. We are the real history makers. We capture the real moments. We remind people that in no way will they ever personally know what it’s like to buy a baby carriage for $8,000. Without us we might never know what Sofia Vergara looks like without makeup. The thought of that alone makes me want to crawl into bed, cover myself with soft blankets, and cry for hours on end.