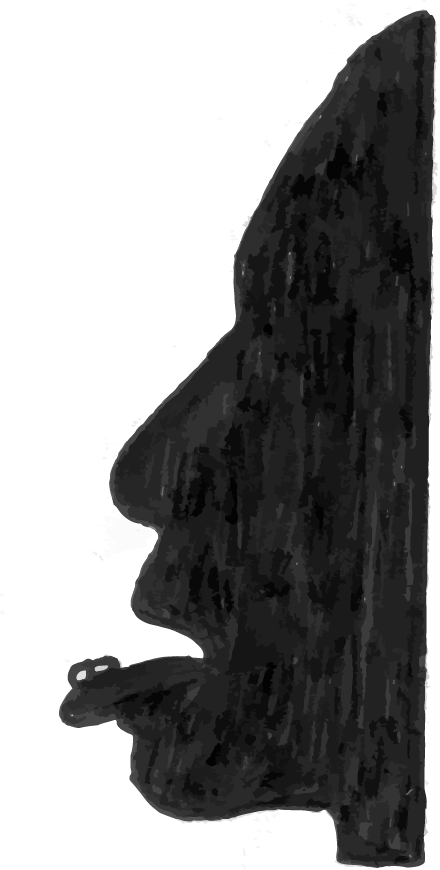 As the popular American music producer and disk jockey DJ Shadow stated back in 2012, “We are living in a musical renaissance.” Electronic dance music, popularly known as EDM, is the natural soundtrack of a generation born into a plugged-in culture — and according to the International Music Summer Consumer Report, it’s the fastest growing mainstream genre in the United States. A quick look at the salaries of EDM’s pioneers is all that’s need to prove this, with the 10 highest paid DJs amassing a combined $115 million last year alone, according to a report from Forbes.

However, while EDM is growing in demand, the scene’s popularity has been undercut by an inability to shake off the illicit reputation that comes with the genre as an underground, drug-fueled phenomenon. The “outlaw” nature of EDM has only been further propagated by the recent media attention to string of drug-related deaths at electronic-dance events, which has dragged the issue into the spotlight. Two Molly overdoses at the Electric Zoo Festival hosted on Labor Day weekend in New York City resulted in the event’s immediate shutdown, and a total of seven drug-related death at dance events in the United States since March.

The relationship between electronic dance culture and drug use is sometimes attributed to the music industry itself, which is commonly accused of glamorizing drug use. Lyrics from artists from Kanye West to Miley Cyrus have all mentioned “Molly” the slang term for MDMA­— an illegal drug that can be sold either in pill or powder form. The effects of MDMA resemble those of both stimulants and psychedelics, although the drug’s main appeal is the condition of euphoria it produces, which can cause a user to feel more “open” and “connected” to their surroundings —something discos, the first wave of EDM music, attempted to create in underground warehouses.

These tragedies and the growing media buzz surrounding the relationship between EDM and a possibly related drug culture raise questions about the effectiveness of the security of the scene.

Former EDM venue promoter Shane Morris explains that in his experience, it’s not only easier for venues to turn a blind eye to drug use, but that it’s also very lucrative to do so. He said that the electronic dance scene is arranged in a manner that allows individuals and businesses to exploit the genre’s young and often affluent fan base for a handsome profit. He described having taken advantage of the system himself in the past.

“I would get prepaid credit cards from gas stations and would process fraudulent tickets, putting cash on the credit cards from the money I was making selling drugs at a prior event,” Morris said. “The money I was making would sit at my apartment in a shoe box and I would wait until the next event would come up in two weeks, and then I would ‘sub-promote’ events for other promoters. It was good for [concert promoters] because they had higher ticket sales and were guaranteed to get a percentage of the money. I was basically paying them for access to their events, and they couldn’t block me because they didn’t want to lose 200-300 ticket sales a night.”

He explains that in a system where everyone is already getting what they want, no one feels motivated to take more safety precautions.

“To the promoter and agent, that show sold out and everybody is happy. They don’t have to work in such a way that they are asking who are these 250 people that are supposed to show up. They’re not looking for it. If the tickets get sold then they’re happy. The system isn’t mechanized enough or sophisticated enough to track who’s coming in and who’s not. They knew if the drugs disappeared, people would be less likely to go.”

Noting the increasing use and popularity of the drug, Morris said that club promoters, venue owners and other music industry personnel have, consciously or not, arranged a system to profit from the free use and sale of drugs. Based on his experiences, he believes that “the entirety of the EDM economy was built upon the complex relationship between drug dealers and promoters”, and that venue owners supply event-goers’ demands in order to ensure their presence at events. While Morris says that not all venue owners are willing or involved in such a system, they are “tacitly acknowledging” that they will have lower profit margins than their competition.

“The financial mechanisms in place for the electronic dance music economy are designed to attract people who intend to consume illicit drugs,” said Morris. He said that while he no longer “sub-promotes” he knows other managers who are still engaged in a similar business model.

“What you see are promoters, managers and other people who get paid 2,000 to 4,000 a gig, that also sell drugs because they are already there and have access to the event and can get past security. When you work in electronic dance music you understand that drugs are part of the model. You don’t talk about it but you know that they are there. The only reason I started doing it is because I got tired of drug dealers making more money than me. I look at it as very practical, as an ‘oh these people need to go because they’re taking my profit margins.’ There’s a certain amount of dollars being spent by this venue and I’m going to make sure I maximize my profits — it’s simple logistics.”

However, not all venue owners share Morris’s point of view. Dan Mastronardi, co-owner of Syracuse’s Westcott Theatre, a music venue that holds a capacity of 700 people, said that he takes many precautions to ensure that events run safely and smoothly.

“We are very strict with security at our events,” said Mastronardi on the security measures at shows at the Westcott Theatre. “We have a lot on the line and our job is to make sure that we create a safe and fun environment for all fans.”
The Westcott Theatre currently maintains a zero-tolerance drug policy and, and does a full search of patrons before they enter. Likewise, major festivals have stepped up their measures, even employing the use of drug-sniffing dogs or setting strict age restrictions of 21 and above, such as those seen at the most recent festival, TomorrowLand. Some festivals have even taken a big financial investment in security. Smartassets.com reported that the popular Canadian electronic-dance music festival, The Monster Center of Gravity Festival, spent roughly $70,000 in contracting local law enforcement to maintain order throughout the event.

While these guidelines and practices set in place are intended to limit the presence of drugs in the EDM community, Missi Wooldridge, the current president of the board of directors at DanceSafe, a nonprofit organization that provides non-biased educational resources and services at a variety of events, believes that this approach is too idealistic. These guidelines, she argued, fail to provide an outlet necessary to the realities of the current drug culture.

“We can see through drug trends throughout time that drug use is a constant,” Wooldridge said. “You can see the war on drugs is a failure and we absolutely have not decreased the number of people taking substances, and all they have is increased incarceration to show for it.”

While not advocating for the use of drugs, DanceSafe has come under criticism for its harm-reduction approach, which offer suggestions (educational pamphlets) and tools (free water and drug testing kits) to help reduce the dangers associated with drug use. However, this approach concerns some venue owners and event managers, who view harm reduction as an acknowledgment that certain substances are a significant-enough part of the scene to result in this sort of recognition. This stands in stark contrast to the “just say no” philosophy that has dominated the rhetoric of the security policies and guidelines of major festivals.

As a result, venue owners and concert organizers face extreme pressure to avoid negative publicity to their events, and often opt out of the services offered by DanceSafe, out of fear that associating with such a program acknowledges the presence of drug use at their events. This fear was even further perpetuated by the creation of anti-rave ordinances, such as the RAVE Act introduced in the early 2000s—which was not passed but would have made venue owners, event organizers and promoters, and even DJs responsible for the drug use of their patrons. DanceSafe was often denied access to these venues out of fear of implicitly acknowledging the reality of drug use, and therefore taking responsibility for it.

This misperception of DanceSafe, Wooldridge said, has denied concertgoers the proper resources they need about drug use.
“Never once do we go in and tell someone to take a drug or that a drug is safe or any of that,” Wooldridge said. We recognize the fact that drug use is occurring, and it’s medically and morally negligent to not provide [participants] with health resources that can save lives.”

The zero-tolerance policy adopted by most festivals and venues, while strict in nature, has been outgrown by the booming size of the EDM scene. As festivals continue to grow in size and popularity, more blind spots are created, resulting in a faulty system of surveillance that can sometimes leave room for manipulation and corruption. The risks and potential profits are both at an all-time high for venue owners and event promoters, who are forced to choose between maximizing revenue and keeping audiences safe.