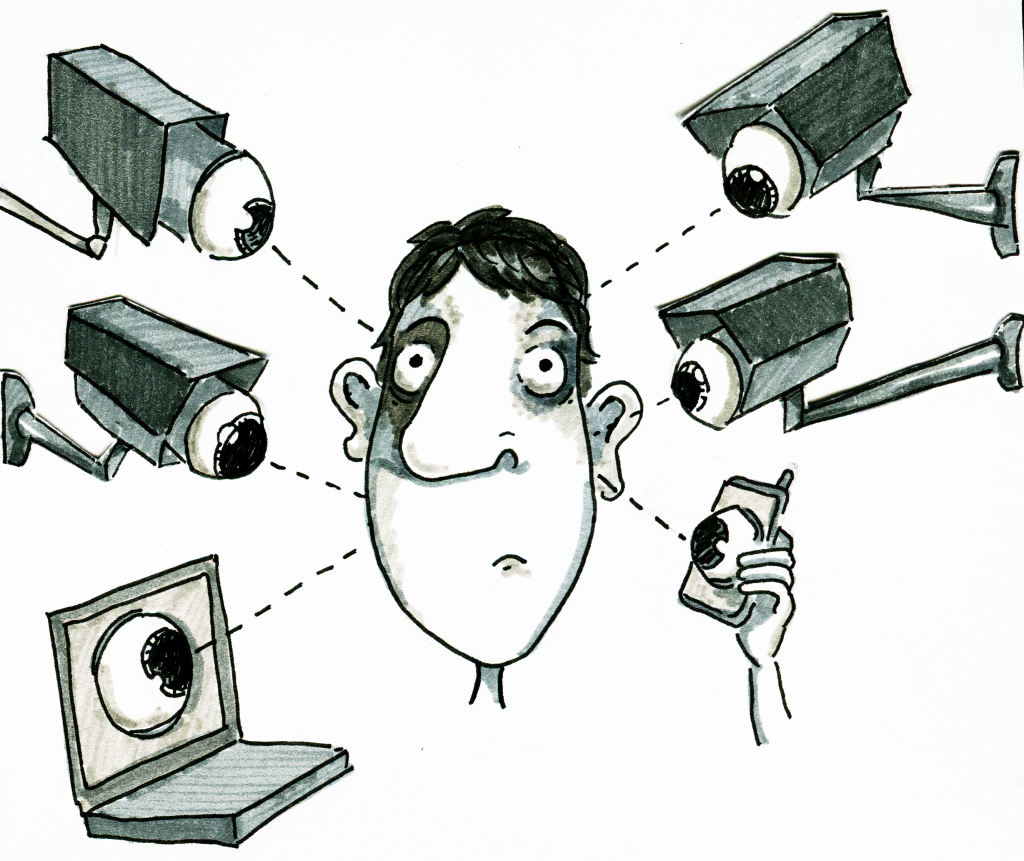 A look at how the surveillance-state manifests itself abroad

George Orwell’s prophecy of a “Big Brother” surveillance state was exposed during May this year when Edward Snowden revealed the scope of NSA surveillance. Thanks to these leaks, we know the government is watching. Americans are now confronting new questions surrounding their privacy. We, however, are not the only one’s that should be watching our backs. According to the Canadian International Council (CIC), the Canadian government uses similar tactics to spy on their citizens. The Guardian reports that there is one surveillance camera for every 32 people in the UK. And China’s government breaks nearly all of its own laws on surveillance, according to Privacy International. As we question our privacy here at home, it’s important that we look at how surveillance is manifesting around the world.

The European Union installed a program called the Intelligent Information System Supporting Observation, Searching and Detection for Security of Citizens in Urban Environment (INDECT), in which the primary objective is to formulate algorithms to eventually develop tools for automatic threat detection. Does this mean that algorithms can predict humans? The video system is programmed to automatically detect “dangerous events” in order to alert a human operator. This is through any camera present in Europe, and these cameras continue to take pictures of each face that passes by about 10,000 pictures of each face per day! Big Brother on the prowl? I’d say so.

The INDECT system also includes threat detection through the Internet, as well as the somewhat controversial idea of data and privacy protection. This “protection” involves sensitive information, such as faces, license plates, or other essential security items. This information is collected and displayed for authorized system users only. Europe better hope that the INDECT employees are trustworthy, otherwise more Europeans might have their identities stolen. I came in contact with No CCTV, an organization that campaigns against camera surveillance in the UK. Stuart Felin is one of the group’s coordinators. Felin insisted that phrases such as “’if you are doing nothing wrong you have nothing to worry about’ are clearly ignorant of the nature of such systems,” and continued to reference whether or not the suspicion was really worth the investigation. Felin then questioned our comfort and lack of investigation in the idea of surveillance, “In mainstream discourse there is no meaningful discussion of freedoms – what they are, or why they are important.”

In Canada, security issues are similar to those in the United States. The Canadian surveillance agency, Communications Security Establishment Canada (CSEC), focuses on collecting metadata, which includes mass searches for information on different electronic media. Like the U.S., CSEC operates these programs while participating in national security data-sharing partnerships spreading across the world. By doing this, the surveillance workers have the ability to identify the media user 95 percent of the time because of certain metadata points.

China has a different approach than other countries. Dating back to the fourth century B.C., the Chinese are known for wanting to keep a close eye on their citizens. China’s law continues to state, “freedom and privacy of correspondence of citizens are protected by law,” yet Chinese authorities have been identified engaging in monitoring domestic and international mail, calls, text, emails and other forms of Internet services. The government continues to act like they want to give their nation’s citizens privacy, however, they persistently go against their own law.

With the continuing issue of surveillance, I believe we all must ask ourselves: Is our government doing it for our safety? In the absence of meaningful investigation, we believe the official government claims that only criminals “would care about being monitored by police.” But is it really just criminals? Would this surveillance still occur if crime rates and threats decreased? Without transparency on the part of these governments, it’s virtually impossible to know who is being watched and why, we only know that no one can hide from Big Brother’s gaze.
____________________________________
Elena R. DeLuccia is a freshman sound recording tech major who can’t wait to be watched on all her travels. Email her at edelucc1[at]ithaca.edu