An Erosion of Democracy? 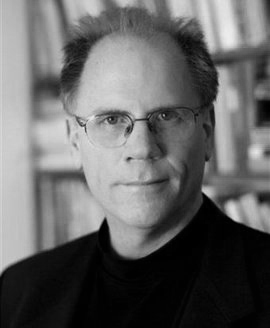 Societal reinforcement of the surveillance-state

Robert McChesney is a nationally and critically acclaimed media scholar and a professor at the University of Illinois. He has authored a number of books including: “The Problem of the Media” and “Digital Disconnect: How Capitalism is Turning the Internet Against Democracy”

TB: With the recent revelations about the scope of NSA surveillance, how do you think corporate media has been handling this issue versus independent media?

RM: Well, I think that there’s almost no comparison. I’ll put it to you this way, I just wrote a book called Digital Disconnect and it came out about six months ago, and I finished the book at the end of 2012, and in the book I write about surveillance, both by the big companies and by the NSA and I talk about their relations. I basically anticipate much of what came out with Snowden and the reason I say that isn’t to pat myself on the back, but on the contrary, I got all that looking at government reports, business reports, stuff that anyone could find. It wasn’t like I had inside information, and it was probably the lowest hanging fruit in America, all the surveillance, and yet there was no coverage in the mainstream media, or if there was coverage it was totally out of context and they never connected the dots and ask ‘what does this mean exactly?’ It was completely ignored and the people who were interested in it all along were people like Glenn Greenwald, who’s been covering this story, really, the whole time. He’s been banging a lonely drum out there, which is why someone like Edward Snowden would be interested in working with him because they know he’s someone who is seriously interested in the story. So I would say, on this issue, it’s corporate media at its all-time worst. It’s exactly this kind of story that they blow routinely. The way professional journalism standards have devolved in the United States over the years is that they view their job as basically, with political stories like this, accurately reporting what people in power are saying. If people in power aren’t discussing an issue or think it’s something that the public shouldn’t know about, then journalists can’t really mention it without being accused of being partisan, ideological and unethical.

TB: And in what ways has the Internet age simplified government surveillance?

RM: It was 180 degrees different than what your generation knows of the Internet. It was a place where people could be anonymous if they wanted to, everyone saw the exact same thing, you couldn’t send distinct messages to distinct people and as the founder of Netscape put it when he began, it was very difficult because the internet he worked on was “militarily egalitarian” and “ferociously anti-commercial.” So that was the whole culture, the internet was going to be this safe haven for people to go, the one place in our society that wouldn’t be marinated in advertising and commercial values, you get those everywhere else. [If] you want ads there’s no shortage of places to look for ads. This is where people would come as equals, citizens and share ideas and work together and it wouldn’t be there for the shakedown and also you would control what you saw and what saw you. But now, basically, to jump ahead, these companies know everything you do online, everywhere you go, they know everything imaginable about you. The government’s getting in on the game too, the NSA treats the Internet as a theatre of battle. It has a command for Europe, it was one for East Asia, it has one for Africa, it has a command for the Internet so obviously to do their job right (knowing everything that’s going on) the Internet is crucial, and if they can do it they’re going to want to. That’s what national security agencies do; they want every possible bit of information. Their job isn’t to police themselves; our job is to police them. So it’s not like blaming the NSA, anymore than blaming General Motors for polluting the environment when their job is to make profits. Today, the internet is one where, thanks to these companies knowing so much about us, the way to make money is selecting which ads we get, aimed right at us, creating even whole websites. As the creator of Google put it: we’re rapidly approaching a time where no two people see the same website when they go to it. They will know exactly what story we think they want based on what advertising preferences and their previous preferences, but they’ll put us all in little bubbles. But, at the same time what we’re finding now is that there’s been huge debate over the issue of net neutrality, which is the idea that ATT,Verizon and Comcast should not be allowed to censor who goes on their network and who doesn’t, and if they had that right, which they’re probably about to get, then it will be a test of this theory.

TB: And do you think there’s something inherent to capitalism, as we now know it, which calls for government surveillance?

RM: That’s a good question. I think the less democratic a society is, the more the government is going to have a desire for surveillance. Understood that way, I think the United States is a much less democratic society today than it was 40 years ago, by the traditional public political science criteria. We have more inequality, much more poverty, our journalism is dilapidated and our voter turnout rates are the lowest in the world. A number of independent studies have shown that the government is minimally influenced by the will of the public, and more so influenced by money. That’s not a democracy. That’s a society where it’s much more unequal and much less democratic. I think our freedoms, which we take for granted, are now on much softer ground. You still have the right, maybe, to put a tattoo on your butt, but our freedoms that threaten those in power are becoming much more fragile.

TB: But do you see a better media model emerging in the future? How do you think that would take hold?

RM: The solution’s obvious; it’s in our own history. We were the pioneers of having government subsidies to spawn a well-paid newspaper industry. We subsidized our newspapers for years through postal and printing subsidies. We look at the countries that are ranked the most democratic in the world today and all of them have huge public spending on journalism. They create independent, investigative and oftentimes very dissident journalism across the political spectrum. This is in Norway, Sweden, Germany, Japan and Britain. These countries all do that and they all have much higher voter turn out rates, they’re much more democratic, they’re much more equal, they’re more functional societies than we are. So, we know the solution, it’s about whether or not we have the political willpower to get there. I’m confident that we do. I’m old enough now having lived through many generations of this country, that I can tell you that this country is changing. Much of what’s happening beneath the surface, that hasn’t been picked up by our news media and our cable networks, most of the 47 percent of Americans who don’t watch that stuff, there’s a rumbling there. I see it among young people…When there’s not much of a future, the rational thing is that people want to live. They want to have good lives and they’re going to start asking why we have a system that seems so intent on making sure no one has a good life. They’ll want to change this system. I see this everywhere I go. The difference in reaction from my audience when I used to travel and speak and present my ideas 20 years ago and today is striking. And that’s the foundation of everything good that’s going to happen, so I’m very optimistic. But that doesn’t mean that it’s going to happen, that means that the people who read this, and the people who care about the future of this country have to look in a mirror and say, “okay, what do I do?”
____________________________________
Timothy Bidon is just another disillusioned senior journalism major. Email him at tbidon1@ithaca.edu.