Waldo Comes Out in Open Letter

Vows for his whereabouts to be more black and white 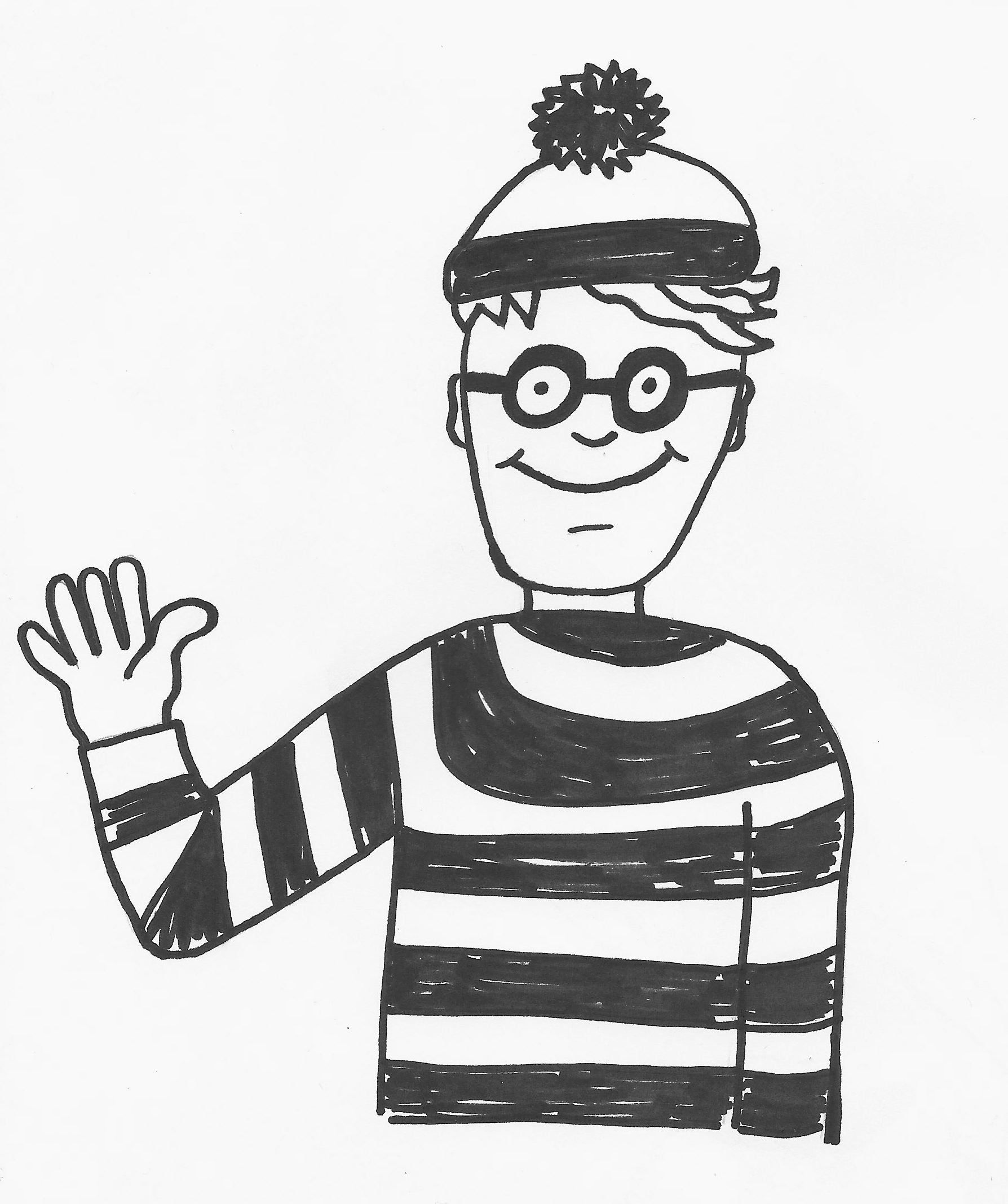 To my fellow professional hiders, seekers, lost-and-founders, and fans ranging from ages 5-9:

Recently, I’ve realized something rather significant about myself, something I didn’t feel like I could express before. After doing some major soul searching and life evaluating, I think it’s time that I show everyone my true colors…or, lack thereof.

There’s no easy way to say this, so I’m just going to come out and… uh, gesticulate it: I want to end my career in professional hiding to become a mime. In every coming out letter, there’s the part where I’ve read I’m supposed to say ‘it’ loud and proud, but my vow of silence allows me to only gesture my euphoric pride, in hope that my audience is proficient in reading kinesics.

I realized my true calling during my debut in the hit interactive computer game, Where’s Waldo at the Circus in November of 1995. I was so seemingly concealed, hiding behind Krazy Kronk’s kosher pickle stand, waiting for someone to come find me. Alas, my long time spent hiding was worth the wait; was it destiny? It was no illiterate or overly observant child who found me that day, but Marta Mime. In fact, she tripped over my feet in the middle of her “stuck in a box” act, and right into my arms. I know it’s cheesy, but in that moment, I swear we were infinite; she uncovered the key to my heart and unlocked the cage to my soul. At the time, I was worried that an outsider would unfairly discover me, but then I realized that hiding no longer mattered to me.

Right there, we decided to make sweet and wordless love right behind that pickle stand. Despite being immediately arrested for public intercourse and nudity, along with losing my book deal for the Zoo Edition, all that mattered was that we were in love, and all of life’s secrets subsided; my years in hiding were finally over.

I don’t regret my thirty years working in the hiding profession, and I’m not saying that I won’t miss it. You have probably all noticed that I have seemed tired with my current life path, choosing more conspicuous locations to ‘hide’ and overtly waving at all my scrutinizing fans, which is exactly why I’m leaving it. I’m a completely open person now; maybe not so open to have sex in public again, but I am breaking this wall of secrets. I know you have always loved me, and that you always will, even if you miss finding me in my red stripes and silly hat. This is definitely one of the hardest decisions I have ever made, but certainly one of the best. Although you may not understand my true calling as a mime, I’m still the same person I was, though slightly more monochromatic and without a voice. In time, you’ll realize that a body language centered life better showcases my true identity, rather than searching for me in various crowded environments.

I don’t doubt you’ll need time for this news to sink in, but when you’re ready, please come to one of my shows. They’re only 25 cents. We can have a one-sided conversation afterwards.