A Q&A with David Corn 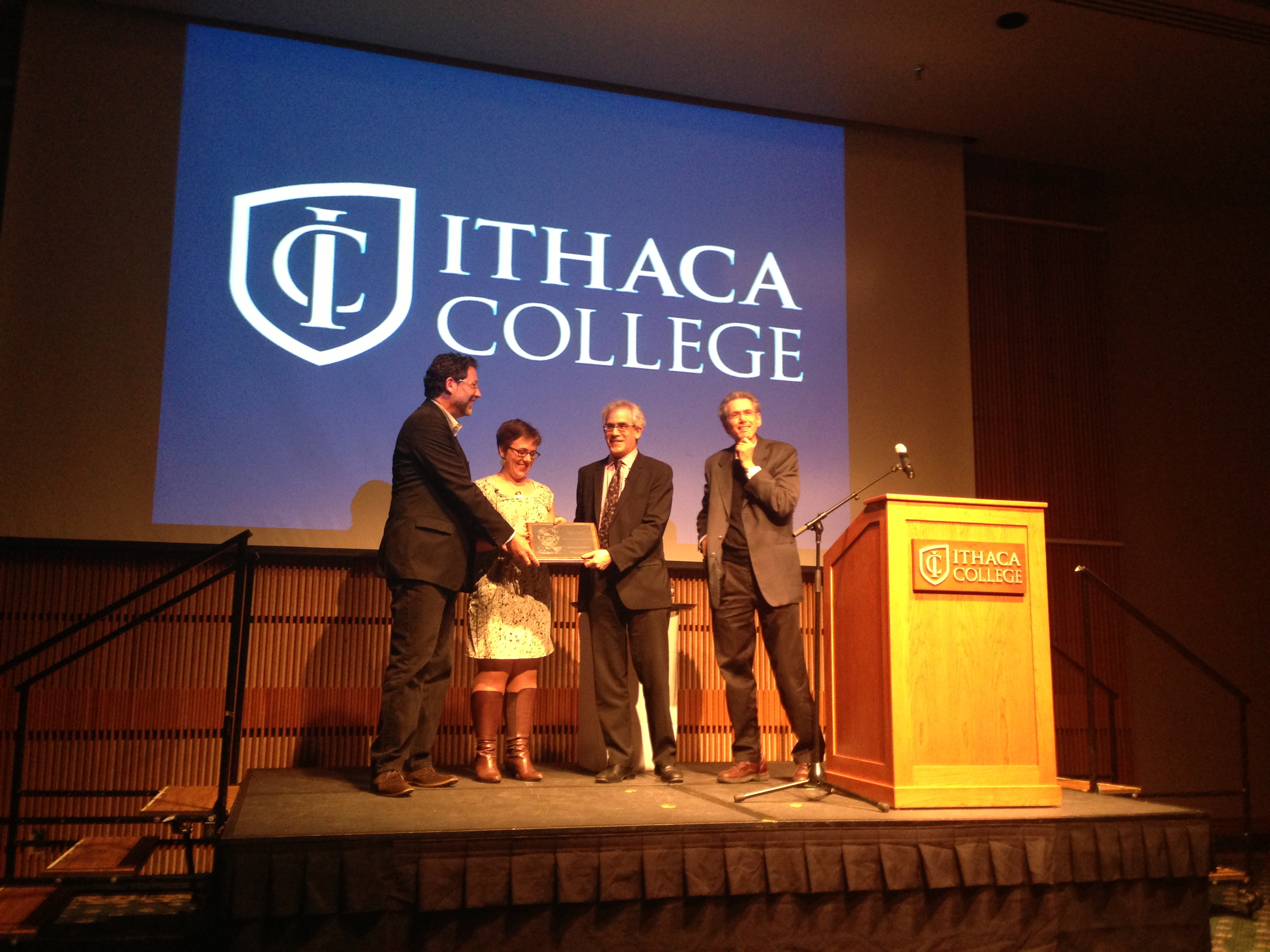 David Corn, Washington Bureau Chief for Mother Jones and MSNBC analyst, was at Ithaca College on Wednesday, April 17, for the Izzy Awards for outstanding achievement in independent media. He, as well as IC alum and Mother Jones reporter Kate Sheppard and Mother Jones publisher Steve Katz, accepted the award for Mother Jones. Corn has broken stories on presidents, politicians, and other Washington players. He has written for numerous publications and is a talk show regular. His best-selling books include “Hubris: The Inside Story of Spin, Scandal,” “The Selling of the Iraq War,” and “Showdown: The Inside Story of How Obama Fought Back Against Boehner, Cantor & the Tea Party.” Corn’s biggest story was breaking the Mitt Romney 47-percent video.

MM: You unearthed the audiotape of a private meeting in which Senate Minority Leader Mitch McConnell (Ky.) and his aides mocked a would-be political rival, the actress Ashley Judd, and plotted tactics to undermine her. An unidentified source leaked the recording of the February meeting to you. What were the processes to make sure the video was authentic before publishing?

DC: These days thanks to Photoshop and other types of programs, you can never have 100-percent certainty about any digital media…. I was able to find someone that was sort of a witness to the recording. So it wasn’t just coming to me working with a single source. So you try to collaborate as much as you can from all this. And then of course I called Mitch McConnell’s campaign, called his Senate office and emailed directly with his campaign manager, saying ‘I have questions about this Feb. 2 meeting in which they talk about this,’ and gave quotes from the tape, and didn’t hear back from them… So the silence from their side was almost a positive sign. But you put that all together and I was able to be relatively assured that indeed this was accurate and not a hoax.

MM: This was your second major bombshell in seven months. The first, of course, was one of the most consequential scoops of the presidential campaign — a leaked video recording of Republican presidential candidate Mitt Romney saying at a small fundraiser last May that 47 percent of voters were “dependent” on the government. Can you explain how the aftermath of that video affected you and Mother Jones?

DC: I think for Mother Jones it reinforced the reputation that we have developed which is being a go-to media outlet for independent kick-ass journalism…. It definitely showed our reporting chops to a larger audience, and it led to us having a bigger and deeper footprint in the media universe. A lot of people have been following Mother Jones for the past few years and know we do substantial, solid investigative enterprising reporting every day, but with this story we reached a wider audience, a gigantic audience. With this story, there’s also our own story of what we are and what we do.

MM: What advice can you give students looking to get into political reporting and aspiring to the same quality of work that you have been producing?

DC: Some of the best early training I had for this job was working for a college-run alternative weekly when I was in college covering local city state politics. And at that time we had a corrupt mayor named Buddy Cianci, and we had a lot of hijinks going on in the state capitol. I felt like a kid at the candy store. Journalism is a wonderful craft that you can study and learn how to do, but just doing a lot of it will also give you the skills and the instincts you need to be successful down the road.

DC: I do think mainstream media, traditional media, are often more limited by certain obligations they have existing within a corporate structure. They have to make profits otherwise … they have to make profits, they have to bring in ratings, they have to have good circulation, otherwise they will be put out of business. Independent media, free of these corporate obligations means you are also free to pursue stories and topics that may not be guaranteed to bring in ratings or big bucks. It means you are also not obligated the way mainstream news outlets are to cover all the official proceedings and to cover things with sort of the myth of objectivity and the myth of moral equivalency so that you frame stories as always having two sides, each side being equal.

Meagan McGinnes is a junior journalism major who gives 100 percent 47 percent of the time. Email her at mmcginn1[at]ithaca[dot]edu.