Home IssuesCircus I Ink, Therefore I am
CircusMinistry of Cool

I Ink, Therefore I am

written by Amanda Hutchinson May 1, 2013 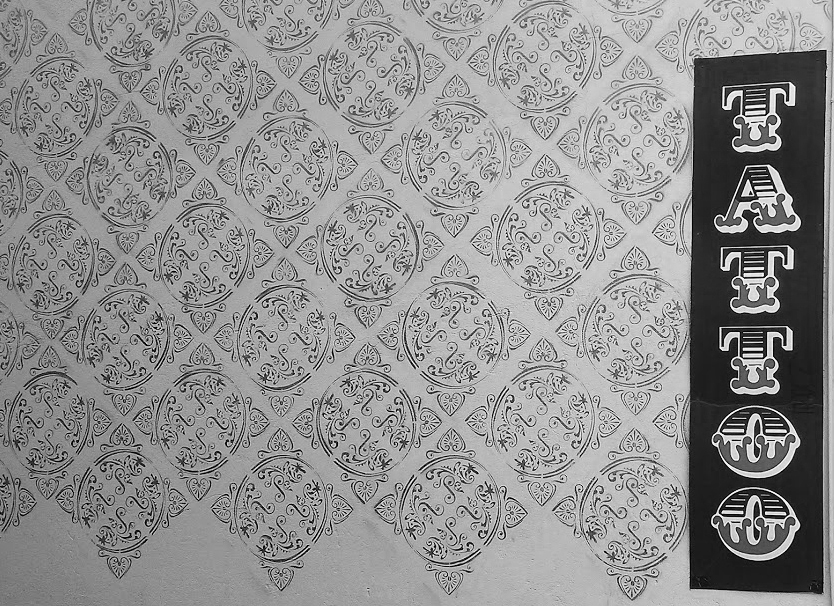 Body modification from the fringe to now

From begging our mothers to let us get our ears pierced in elementary school to the rite of passage that is the 18th birthday tattoo, body modification is engrained in many human cultures, including American society. Body modification has lasted the tests of time and developed independently in societies around the world, and while some look down on it for its bad connotations, many others embrace it as a means of expression, community and spirituality.

Tattoos, piercings and other body modifications have become more prevalent amongst adolescents in the US; for example, a 2007 study done by the American Osteopathic Association showed that 56 percent of undergraduate students surveyed had some sort of body piercing. However, body modification has existed for millennia for purposes of self-expression and aesthetics, group affiliation or shock value.

Evidence of ear piercing, which is the most common type of body modification, has been found in Sumerian graves dating back more than 5300 years. Ötzi the Iceman, a mummy found in the glaciers of the Alps, had ear piercings stretched to about 9 millimeters, about the same as a size 00 plug, and 57 line tattoos.

Roman and Arabic explorers described many European cultures as being heavily and extensively tattooed with dark blue designs, and the Samoan tradition of pe’a would take five sessions more than 10 days to complete a tattoo that stretched from a man’s navel to his knees. Most of these body modification traditions were brought from Asia and the Pacific back to European and American audiences by explorers, whether by wearing the body art themselves or by bringing back natives.

Many forms of body modification came about from religious practices. Tiffany Hahn, a minister with the Pennsylvania-based Church of Body Modification, said that body modification for spiritual purposes has existed since the beginning of humankind.

“If you look up any piercing or other body modification, there is almost always a citation as to the religious and historical significance to the given piercing, tattoo, cutting, suspension, et cetera,” Hahn said.

Hahn cited tongue piercing as an example, as Aztec and Mayan tribes would put holes in their tongues to honor the gods.

In modern times, spiritual body modification is often an individualized process, and Hahn assists in writing and performing the rituals. Hahn said that tattoos and piercings in particular can serve as protection against evil spirits; many piercings are located at openings of the body, so a nose piercing would prevent the spirits from entering there. Similarly, members of the Church may perform a ritual as a reminder of something.

“A frequent ritual performed [by members of the Church] is to pierce the tongue or lip to remind the practitioner to mind their words,” Hahn said, “or pierce their ear to remind themselves to listen more.”

Commemorative tattoos are also popular outside of the Church. James Spiers, owner of Model Citizen Tattoo in downtown Ithaca, said that everyone will have a different reason, but some of the more common reasons have been to memorialize a loved one or celebrate a momentous event in one’s life.

“Some get tattoos for their weddings, they get tattoos because they lost weight, they got a new job or they got their taxes back and they thought it would look cool,” Spiers said.

Spiers also said the underlying reason for many tattoos is the desire to be “part of the club” while still standing apart. Each piece is different. Spiers has done “everything from a kitchen sink on a guy’s ankle to a flaming, greasy cheeseburger on a guy’s foot.” However, trends emerge over time, including the tribal patterns in the 1990s and the current theme of larger blocks of text, such as songs. Tattoos on the ribcage and behind the ear have been requested more frequently in the shop as well, though the outer arm is still the most common.

For still others, body modification is social: More than 400 conventions are held worldwide to celebrate it. The New York City Tattoo Convention, for example, draws visitors from around the world to the Roseland Ballroom in Times Square.

Clayton Patterson, president of the New York Tattoo Society and an organizer of the convention, said the event was started in 1997 after the 36-year ban on tattooing in New York City was lifted. Since then, it has become an international event that has drawn people from Asia, South America and Europe.

“The idea wasn’t really to have the biggest convention in the world or the most artists or anything,” said Patterson. “It was to try to have a really sophisticated, great international tattoo convention with top-shelf artists.”

The convention draws a full crowd for the whole weekend, which falls on May 17 -19 this year. Aficionados and general public alike enjoy a weekend of vendors, entertainment and the opportunity to get a tattoo from world-renowned tattoo artists, such as Jack Rudy.

“Because of what they are and how anyone in the public can go to them, [conventions] kind of work like a car show. People are excited to come and see what’s happening in the world of tattoos,” Patterson said.

Though it started as an underground practice characterized historically by criminals and lower-class workers, body modification has grown into an accepted art form, especially in the last decade. It has been highlighted more as of late, including features in high fashion, television, and sports, and while its popularity has fluctuated, the influx of artistry into it has transformed it into an art form that has been displayed in fine art galleries worldwide.

As the appreciation of body modification grows in scope, it remains a community-based culture. Spiers said Model Citizen was broken into recently, and the Ithaca community, both artists and civilians, raised money to buy the thousands of dollars of equipment lost in the burglary.

“People really love their tattoo artists,” Spiers said. “It’s overwhelming to me the output of emotion and love that people have, whether you’re tattooed or not. They accept us for what we do, and they appreciate what we do.”

Amanda Hutchinson is a sophomore journalism major who is thinking about getting a neck tattoo of Chris Brown. Email her at ahutchi2[at]ithaca.edu.