Every Street a Stage 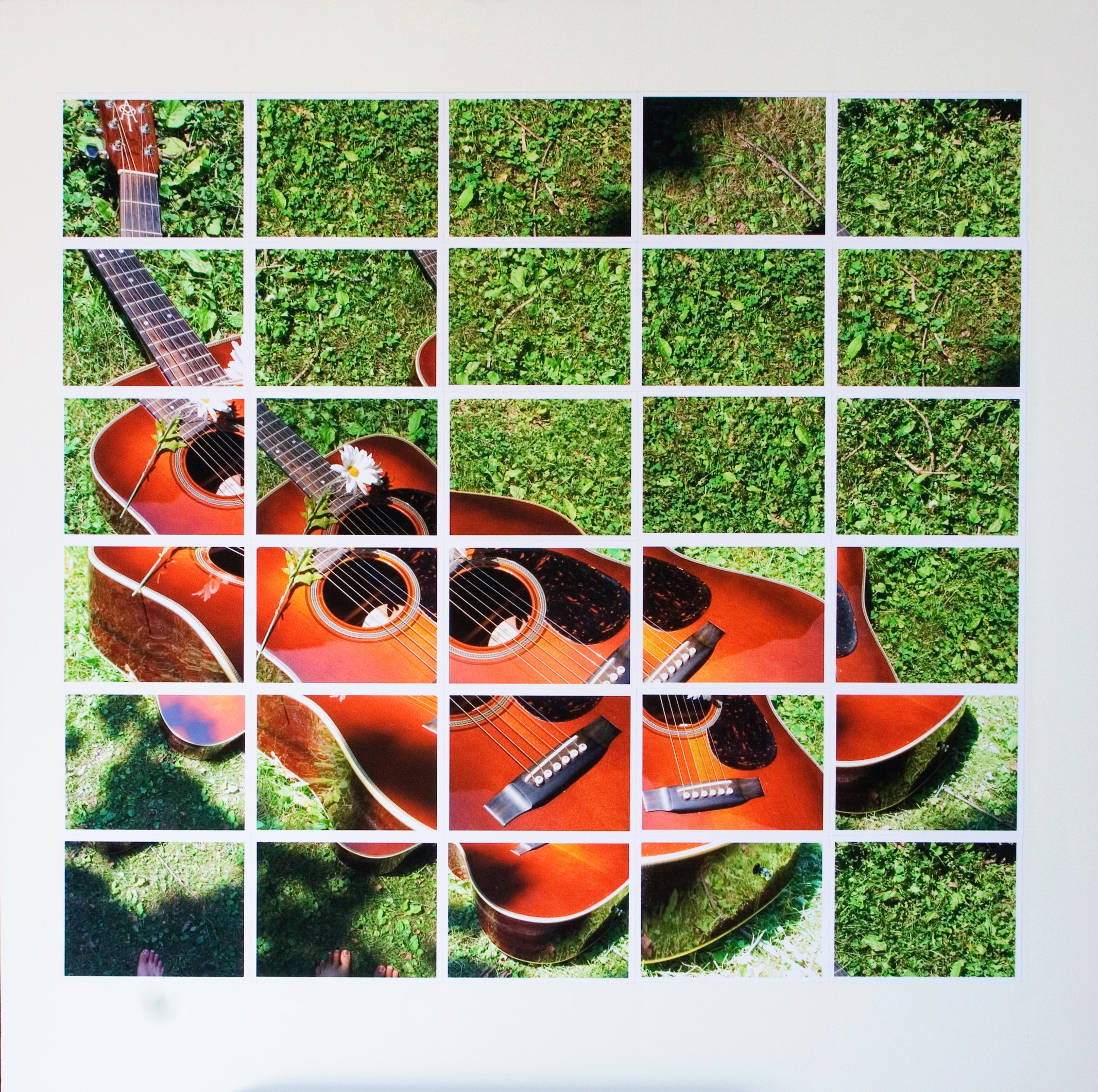 It’s a cold day on the Ithaca Commons and everyone seems to be running from something.

There’s a short, dark-haired woman watching her hurried feet as if willing them to move faster toward her destination. She passes Beverly Stokes on the corner of State Street and Tioga Street as if she doesn’t even exist. The woman tugs on the door of a nearby building, hurries in empty-handed and hurries out holding a jacket that she punches her arms through as she walks by the open guitar case. Nothing.

A little boy around the age of three walks between his parents, trapped in a conversation that he’s not part of. He slows down and looks over his shoulder at the green-velvet insides of the guitar case cushioning a few crinkled dollars. His eyes move up to where Beverly keeps tempo with her black-shoed foot, up to where her fingers pluck at the strings, up to where her brow scrunches above closed-eyes squeezed shut by the high pitch of the note she just released in the air. At this point, the little boy has all but stopped walking. His parents continue ahead of him enthralled in a conversation about what to make for dinner tonight. The father walks with his hand open-palmed, outstretched behind him, waiting for reassurance that his son is still there. He’s not. He’s far behind, jaw-dropped, brown eyes open wide watching Stokes play.

“Come on,” his father said, stopping and tugging at his son’s hand. The boy obeyed, but not without one last look at the lonely spectacle on the street corner.

“Kids are great. They do what everyone’s doing inside their brain. They just haven’t been ruined yet,” Stokes said.

“Nobody is walking down the street and not noticing that there’s music. Clearly, there’s somebody playing. The idea that people just aren’t seeing you is ridiculous, so I don’t understand why some people pretend they’re unaware.”

Stokes plays music on the street for money, or “busks,” ten hours a week. The only permanent audience she has on the Ithaca Commons on any given day is nine trees that grow between concrete slabs, providing a shifting shade and a slight rustle backing each note that springs from her guitar. Her lyrics about trains, and back roads, and books on shelves float over the click-clacks of a passerby’s heels and the roar of a cart that threatens to drown her out as it is rolled over bricks. Everyone is heading somewhere, and sometimes anywhere else but toward her.

A young man carrying a black-and-white printed backpack rounded the corner sharply, saw Beverly and sidestepped her as if she were toxic. He veered off and took the long route around.

“Some people will cross the Commons to get away from you,” Stokes said.

“They feel bad because they don’t want to give me money and then they don’t want to be near me. If you like the music and don’t have the money, or don’t feel like giving it, that’s fine. I like when people aren’t self-conscious about that and they say thank you with their face.”

A woman approached the corner quickly, slowed down when she saw Stokes and gave a slight smile and nod. A man in a tan trench coat started digging in his deep pockets from a block over, racing to find money before he whisks by her. With no time to slow down, he chucked cash and a few coins in the case, and continues to look straight ahead.

Stokes grew up in Virginia in a family of classically trained musicians. She graduated two and a half years ago with a degree in music education from Ithaca College. Now, she works at the Ithaca Youth Bureau during the day, bartending at night and busking when the sun’s still out to make some extra money. At the beginning, she would get nervous, worrying about how others viewed her.

“When I first went out busking I was like ‘Oh my god,’ what if music majors see me? They’re going to be so upset at me because this isn’t what we’re classically trained to do. We’re not trained to play in the street and play guitar and sing Bob Dylan, but it’s really fun for me. It’s what I’m more drawn to,” she said.

Stokes spoke of her old worries and insecurities as if they were clothes she had outgrown. Although she used to feel ashamed busking, she now finds dignity in it. But there is one memory that seemed to pinch at the back of her mind.

“When I was younger, my family and I would be walking around a part of my hometown where there were often area street performers and my dad would always say when he would hear musicians, ‘Ucck, I hope they don’t have a music degree’, that’s a thing he says,” she said. “My dad doesn’t say much about it. I think he’s proud of me, but it’s a different thing. It’s weird that I’m doing music, but I’m in a black sheep situation in my family of very classical musicians. I try not to think about that too much.”

She grew up playing the trumpet, keeping it as her main instrument throughout college. When she first picked up a guitar halfway through her junior year, however, her musical path changed.

“The trumpet is all this internal stuff it’s how your mouth is, your breath. There aren’t many visual components, it’s kind of a crap shoot,” Stokes said, scrunching up her face and bending her fingers uncomfortably, playing an imaginary trumpet in front of her face. “But with guitar, you can see the whole mechanism. I just found an instrument that’s a better fit.”

An older man stood under the overhang of a nearby building, tapping his foot in time with the folksy, mellow song Stokes plays. He’s smiling slightly, and his presence sits heavily behind her. As she squeezes her fingers against the frets and strums one last time, the man walks up in front of her and asks about her guitar.

“You know, I don’t even let my brother try it,” Stokes said.

“I’ve been playing since I was 18. I play country,” he said as he walked away.

Stokes blows on her chilled hands, rubs them together then through her short hair.

The setting sun makes the south hill glow golden. A young woman walks by with headphones plugging her ears. Men in suits crisscross the central area. Just as things seem to be winding down, a man with a denim vest and jeans walks straight toward her, drops a dollar in the case and said,

A woman prematurely dropped a dollar so that it fell on the concrete and was taken in the breeze with Beverly’s falsetto.

“Woops,” the woman said, smiling and walking on.

“Even if the idea of making coffee money is what gets me out the door, once I start playing I’m just so happy to play and at the end of the day it’s so nice to say, ‘Hey, I got this handful of cash by actually doing what I love,” Stokes said.

After 30 minutes of performing, she swung her guitar’s shoulder strap over her head and squatted in front of the guitar case, examining her day’s earnings.

“Whoa, a twenty!” she said. “Wow. Those twenties just sneak up on you.”

Even after she is packed up, a young man comes up behind her to give her a wad of cash.

“You have a nice voice,” the girl with him said.

Stokes took her cash, coins and her cased guitar. She walked from the corner of State and Tioga, joining the rest of the passersby as they walk amidst a recently fallen silence.