A breakdown on the leadership of President Rochon 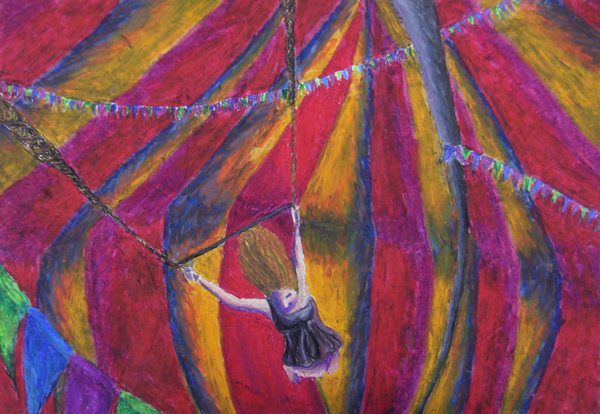 On Feb. 21, Ithaca College launched a “Comprehensive Presidential Assessment” to review Thomas Rochon’s, president of the college, performance in the position. Utilizing hour-long brief interviews conducted between March 26 and 28, the assessment would “highlight areas of positive performance and to contribute suggestions to improve the effectiveness of the work of the President in advancing the goals and mission of the college,” according to an Intercom message by Thomas Grape ‘80, chairman of the board of trustees.

This assessment comes at a fiscal rough patch for the college. Tuition has risen by more than $8,000 since 2009. With net attendance projected to decrease by nearly 250 students next year, the school is expected to lose more than $5 million in tuition money. Since the 2008 recession, the college’s endowment has failed to reach its 2007- 2008 value of $237 million.

Administrative approaches to these problems have resulted in increased division between the school’s top personnel and its students, faculty and alumni. Many are quick to point to specific administrators — the easiest target being Rochon, due to his visibility — for being at fault for certain policies. However, pointing to any single individual within the administration overlooks the tremendous departmental structure ingrained in the school’s structural policies.

The administrative faculty of IC is very large, like most academic institutions. Rochon operates within a partnership between him and the Board of Trustees, a group of 27 board members in addition to the chair, vice chair, two chair emeriti and nine honorary trustees who act as the school’s main legislative body. This body includes alums, students and professors. Under both Rochon and the trustees are the five vice presidents and a dense web of over 120 directors, deans, managers and others; a wide-stout pyramid of bureaucracy.

The question remains: who is really running this massive, confusing circus that is our mid-sized liberal-arts college? Is it Rochon? Is it the Board of Trustees, whom by design represent all relevant interests of the school? Or is it the students and teaching staff, whose constant appeals for change and direction have shifted the college’s direction at key moments? Do we have a ringleader who is managing the show behind the curtains?

We should start by looking at how Rochon and the BOT sit in the school’s community. In the realm of the college administration, the President sits level with the trustees as an ex officio board member. According to the college’s Policy Manual, the president is the chief executive officer of the college and is granted the “general powers and duties of supervision and management of the business affairs of the College and the general direction of all of the academic programs of the College.” If the college were a for-profit business venture, Rochon would be the CEO.

The BOT, led by chair Thomas Grape ’80, consists of one student, one faculty and one staff member, and two alumni. The members’ No.1 requirement for joining the BOT, out of six requirements, is to have “personal interest in the college” —  although a majority of members are alumni, an IC degree is not required of board members. Once in the group, the BOT is only required to meet physically at three points during the year, according to the college’s policy manual. Nine honorary trustees that also participate in BOT operations do not get a vote when it comes to board decisions. These people, Rochon and the school’s administrative hands are the biggest voices when it comes to the school’s myriad operations and concerns.

The most recent concern among the school community regards reported pay increases for President Rochon and other top officials at the school. Rochon’s total compensation, decided by the board of trustees, increased over 12 percent between 2010 and 2011, while the school’s total endowment dropped by more than $6 million during the same time period… Faculty and staff received a 3 percent salary increase during the same period, according to The Ithacan.

According to a study released by the Chronicle for Higher Education, the median base salary for university presidents and CEOs measured at $274,300; Rochon’s base salary sat at $301,605 during the 2010-2011 academic year.

Such a high salary for Rochon and other top administrators is not unprecedented, however. James Whalen, who sat in the president’s office from 1975 to 1997, received $368,000 for the academic year of 1995-1996, at a time when the average master’s university president made only $140,000 yearly. Whalen was among the top 20 highest-paid school officials nationwide that year, according to the Chronicle for Higher Education.

However, at a time when college tuitions are rising at triple the inflation rate, the college’s endowment is dropping and general faculty and staff are only receiving modest raises, students and employees have their qualms about the raises. Donald Beachler, associate politics professor who started working at the college in 1988, said that although these increased salaries are out of sync with the times, they demonstrate the college’s appeal to new administrative faculty.

“[The school] hires new administrators all the time,” Beachler said. “This is where the biggest cost increases are.”

Several of the college’s top administrators have only commenced employment at the college over the past five years. Marisa Kelly, provost, Mary Ellen Zuckerman, business school dean, and Diane Gayeski, park school dean, all filled their respective seats in 2010. Linda Petrosino ’78, health science human performance dean, started this academic year; the new dean for the music school has yet to be decided.

At the same time, faculty members are struggling to receive increased payment. During a meeting last fall, the faculty council presented a single recommendation to the budget committee asking for a 3 percent increase in general merit pay campus-wide. Provost Kelly stated to the council that salary increases are only one priority for the committee, amongst others such as college affordability.

Communications between the administration, the student and faculty bodies have led to mixed results. In 2010, Rochon noticed efforts by Labor Initiative for Promoting Solidarity, an on-campus advocacy group, and installed a campus-wide living wage. Last year, Rochon initiated a new media policy that required routing media requests for school administrators through the Office of Media Relations but rescinded it a month later, after significant protest from students and faculty at the Park school. In 2009, after alumna Emily McNeill ’08 published an article about her observations in the West Bank, Rochon and Maura Stephens requested a published letter of apology that garnered incendiary criticism from students, alumni and faculty.

One student organization, Divest IC, continues to run into repeated issues communicating with top administrators. Junior Allison Currier, a member of the group’s executive board, said the group’s letters to the board of trustees are responded to sporadically, and with mixed results. According to Currier, responses from President Rochon have been “very sugar coated.” Carl Sgrecci, vice president of finance and administration, has attempted to end correspondence with Divest IC by pointing out that less than 1 percent of IC endowment funds go towards the fossil fuel industry. Grape, BOT chair, has not yet responded to Divest IC’s emails.

School administrators across the board have failed to address concerns for students and faculty on similar environmental issues. There is yet to be a statement released on hydrofracking after SGA passed a motion to encourage the school to prevent the practice on college-owned property. On the state level, the New York state Assembly passed a two-year moratorium on gas extraction permits in March.

Policies originating from the BOT and the administration are another source of disgruntlement for students and faculty. The A&E Center, a $65.5 million structure that completed construction last year, was criticized for its lack of access to non-athletics students — the indoor track and lap pool are only open to the general student body for two-hour increments — and the immense costs to use the facility, one of Tompkins County’s largest indoor venues, for concerts and events.

Students have also felt ignored in the implementation of certain facets of IC 20/20, especially the new Integrative Core Curriculum, a general education program focusing on six different academic themes. A meeting last year with SGA representatives, looking into a lack of student involvement in the creation of the curriculum, ended with little progress. Rochon mentioned to attendees that “some of you will be touched by some parts of IC 20/20, but for the most part, you won’t be,” and that “what’s done is done.”

However, often times the influences of students, faculty and alumni override the prospects of administrative faculty. Take, for example, the initiative started spring 2011 to generate a physical mascot to accompany the Bombers moniker. The mascot selection task force ultimately chose three finalist candidates for a Bomber character that avoided using any military imagery, despite past attempts to bring a face to the Bomber name (past unofficial mascots included “Bomberman,” a unicorn costume and even Snoopy the Flying Ace).

Alumni reactions to the three choices were divided. A Facebook group called “Save the Bomber” gained more than 1,700 members. Numerous alums voiced their intentions to stop donating to the school if one of the finalists were chosen. A survey that collected feedback from a fifth of the school community demonstrated that ambivalence towards the finalists “served as a wedge issue to divide us,” Rochon said in a post to the IC mascot search blog. By the spring of 2012, the search had been called off completely.

These problems are incredibly diverse, ranging from communication to administration to finances to branding and beyond. No article can properly touch on all of these issues or give the faculty, both teaching and administrative, the proper credit for the tremendous amount of work they do to keep the college running.

However, from what analysis we can actually make, it seems impossible to call anyone “ringleader” at the college. Rochon may sit on top, but he juggles the board, the students, the professors and a large alumni community. The board may finalize any major decisions, but their extremely brief meeting windows and occasional lack of communication, plus their daunting size, must make it difficult for many major changes to be made. And although the students and alumni may have little voice or influence on the decisions or processes of the administration, at a time when the Bombers are hard-strapped for cash, the former and present student body holds the ultimate weapons — the tuition checks and donations.

The college is a clustered mess of bureaucracy, ideals, extra interests and more. Perhaps the issue at hand dives deeper than the current management. Perhaps the very structure of the school, the very divided and cliquish dynamics between administration and campus community, are what ultimately lead the school towards indecision and stalemate. There may be no ringleader in this three-ring circus; just a mix of audience and performers trying to make something coherent out of it all.

Patrick Feeney is a junior journalism major who wouldn’t mind being the ringmaster of IC if he gets the awesome costume. Email him at pfeeney1[at]ithaca[dot]edu.