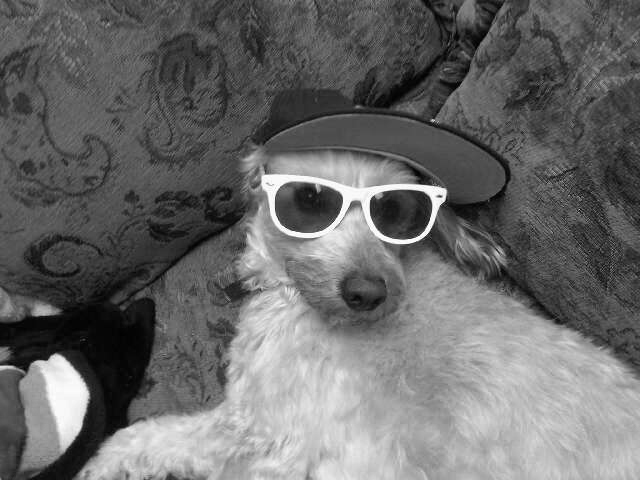 The story of a Pure-bred stepping up against renown boxers
Though the chihuahua who was usually seen sitting in Paris Hilton’s purse was born with the name Gregor Novikov, he was given the name Snuggles after being taken hostage by the talentless socialite. But that was three years ago, and Novikov has grown slothful and distant from his proud roots. He has not actually walked since the day he was removed from his home in a parking lot near the corner of Santa Monica Boulevard and Kelton Avenue in West Los Angeles. And even though Hilton is completely aware of her dog’s gender, she continually dresses him in pink sweaters, and at one point even considered piercing his ears. This life of hedonistic opulence is a far cry from his old lifestyle.

Gregor was a street fighter back in the day, mercilessly ruling the area as part of the Kennel Killers dog gang that has plagued southern California since the Watts Riots of 1965. But things changed when the Los Angeles County dog catchers picked up Gregor on day in the spring of 2010, a day surviving members of the Kennel Killers refer to as “The Raid.” It was a grim day for Gregor, who at the time was tallying up the Snausage total from the last takeover of the rival Fresh Pugs of Bel Air gang. While most of Gregor’s cohorts managed to escape, he was leashed and brought to the nearest animal shelter within a matter of minutes. Due to the recent renewed interest in Chihuahuas, Gregor was almost immediately purchased by Paris Hilton.

Just a few days after the 2013 New Year celebration, Snuggles saw a report on the news about a busted dog fighting ring much like the one he used to be a part of. Suddenly flushed with memories of his old life, Snuggles became ashamed of his mink dog carrier and diamond-encrusted collar. He wanted to regain the respect of his old companions, and fled Hilton’s home to start his new life on the street. Despite the haggling from some feral dogs when Snuggles first returned to the streets, he earned their respect after providing them with some solid connections to local rawhide dealers. Gregor quickly adapted to the ways of his old life, and set out to find one Vincenzo Canino, the kingpin of the Compton Boxer gang. Snuggles was told he would be allowed to join the gang only if he could defeat its best fighter. For the next five weeks, Snuggles went through grueling training. Every day, he chased cars and cats for hours, and ate nothing but wool socks and pizza crusts. Only after tearing apart his embroidered pink sweater, the last remnant of his captivity, did Snuggles feel he was ready to take on the gang’s best fighter, a boxer named Rufus O’Brien.

On the day of the fight, hundreds of feral dogs from Los Angeles, Ventura, San Bernardino, and Orange Counties flocked to a PetSmart parking lot in Pasadena. Snuggles recalls feeling confident about the fight despite the 60-pound weight difference between the chihuahua and boxer. Neither fighter can exactly remember the big event since they both received head injuries. Witnesses say that O’Brien delivered several right hooks and upper cuts while Snuggles was distracted by a pigeon he saw through a broken window. Snuggles then returned with a harsh round of rabbit punches while O’Brien chased his tail. Reports indicate this is when O’Brien lost consciousness and Snuggles was declared the new leader of the Compton Boxers.

Snuggles, who now goes by his birth name, currently runs the Compton Boxers and has formed an alliance with the Kennel Killers; the two groups now control all of Los Angeles and Orange Counties and terrorize feral and domestic pets and humans.
_____________________________________
Miranda Materazzo is a freshman journalism major who knows from experience that life on the streets is ruff. Email her at mmatera1@ithaca.edu