The motivations behind record setters 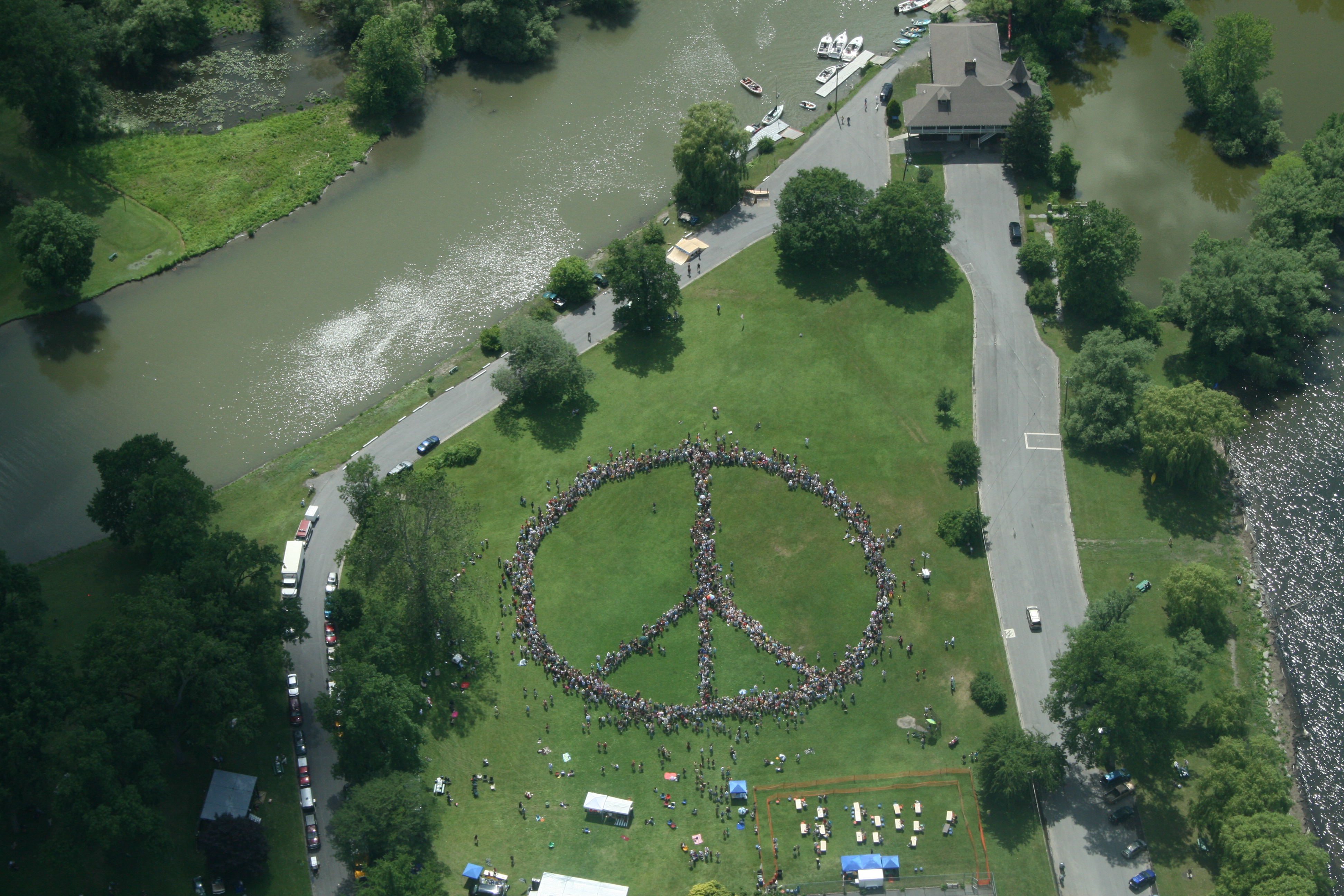 What is it that we find so fulfilling about being the first, the fastest or the best? Personal recognition or achievement, sometimes found in the form of setting records, is often attributed to an internal competitive drive. However, to say that this is the sole motivation behind record breakers would be to oversimplify record breakers’ efforts and attitudes. In fact, many find their inspiration from within, from supportive friends and family, or even complete strangers.

In 1977, flying trapeze artists The Flying Gaonas faced such a personal challenge, spending days performing under the big top and nights of extra practice to perfect their aerial artistry. Flyer Tito Gaona hoped to be the first person to complete a quadruple somersault, the uncatchable trick that eluded trapeze artists around the world. In order to complete it successfully, Gaona needed to turn four consecutive tucks within a split second before latching onto the wrists of his brother, the catcher. The entire trick needed to be executed with precise timing in order for the brothers to avoid slamming together and breaking both their necks. It was the most difficult trick that had ever been attempted on the flying trapeze.

At the time, Gaona’s family was the closing act of Ringling Brother’s Traveling Circus, with most audience members unaware they were witnessing one of the world’s best performing teams. “My first goal was always to do a triple at each show I performed,” Gaona said. “We perform 675 shows a year at Ringling, so just catching the triple at every show, that’s a lot. But everyone wants to do the harder trick, so we were all hoping to do the quadruple.”

According to the the flying team, Gaona and his brother finally did catch the quadruple somersault at one evening practice — however, it took a toll on both their bodies, and as professionals, they could not justify risking their careers to chase the goal of consistently performing the trick.

“Just the feel of flying is great, but to do a career out of it is hard. If you don’t go at the right moment or open at the right time it’s dangerous. I suffered ripped hands, blisters, pulled shoulders, even falling into the net is painful. I didn’t want to cut my career short. It was a personal thing. I decided to fly nonstop for 45 years, that is a goal right there.”

As this was 1977, there were no means to film the stunt record, so the Gaonas came away from the trick without real evidence of their success. As a result, Gaona received little recognition for the stunt, but he explains that recognition had never been his goal. “To me, it was just my own goal to say I did it. It was my own satisfaction.”

Never content to stay grounded, at 64 Ganoa can still be found on the flying trapeze, this one at his school in Florida. Today, a select few other flying trapeze artists have performed the quadruple and now are working towards the quintuple. While he never claimed the title himself, Gaona wishes them the best of luck.

While Gaona’s achievement is without so much as a Wikipedia page, Pennsylvania State junior Tyler Furman is widely recognized online for breaking the record of longest Twitter hashtag. Tyler was motivated by recordsetters.com, a website where individuals can compete for world records or invent their own including “The Most People To Hold A Single Furby In One Day” and the person to “Hold the Most Baby Carrots In Your Hand.” Recordsetter’s strongest voucher for legitimacy is the guest appearance of its two founders on Late Night With Jimmy Fallon.

“At one point I held four records,” Tyler said. “But they got broken and now I only hold one. It’s kind of a cheap record, but it’s a record nonetheless.” Tyler’s hashtag consists of roman numerals that equal a startling 557 characters. His lost records include “Tallest Honey Nut Cheerios Tower” and “Fastest Time to Sort a Deck of Cards by Suit and Number.”

“I would rather do easier challenges that don’t take so much time to do,” Tyler said. “Some of them would take a lot of practice and dedication and I don’t have the time to practice something enough to be good enough to break the record. So now I choose easy ones that wouldn’t take much skill, but I can say ‘oh, I have a world record in something’ and can feel accomplished.”

World records are often group efforts such as “The Largest Human Peace Sign” formed in Ithaca, New York in 2008 with 5,814 participants.

Michael Guidi, a participant in the leace sign, was not in it for the bragging rights. The event was organized by fellow high school student, Trevor Dougherty who aimed to get his whole town into the Guinness Book of World Records.

“An individual can choose to pursue some record by themselves, but I think organizing a whole community to come to gather for a singular cause is one, more difficult, and two, more meaningful because that sort of cooperation speaks to a highly knit community and people who are willing to work together,” Guidi said.

The participants shattered the previous record and remains the title-holder today despite several challenges, the most recent was from Honolulu, Hawaii in January with 2,100 participants.

“Ultimately it’s just a symbol,” Guidi said. “Who knows what type of real world effect it might have, but everyone was excited at the time and it definitely brought they community together.”

With one world record under his belt, Guidi has a long way to go to catch up with Ashrita Furman who holds the world records for, you guessed it, the most world records held by a single person.

Ashrita is a 58-year-old part-owner of a health foods store in Jamaica, New York. He holds 447 certificates from Guinness dating back to 1979. With the constant process of attaining new records and losing others, Ashrita estimates that he currently has 156 records in the database.

“When I hear someone breaks one of my records, I right away admire them since I know what it took to train for it,” Ashrita said. “I don’t feel that I own a record. I feel like we’re all contributing to improving the world standard, inspiring each other to improve and transcend ourselves. When you’re competing against another person there are all these emotions that get involved, but I think you have a lot higher capacity when you try to get the most out of your own self.”

Self-transcendence is Ashrita’s goal with every new record. He describes it as “using the peace and energy and light and joy that you get from meditation to go beyond any limits.”

Ashrita surprised himself by taking an interest in physical contests since he had always been anti-sports and anti-competition, preferring to build the mind and soul through meditation. However, when friends from his meditation school entered a 24-hour bike race through Central Park in NYC, he impulsively decided to not only enter the race, but to ride with the best of them.

“It was ten days before the race and I had never trained.” Ashrita said. “It was a crazy experience, sort of like going into battle and thinking you might never return. But I was doing it in a very positive way, trying to transcend myself whatever it took. I used all the techniques I had learned — breathing, chanting, visualization, meditation — and the hours just went by as I was riding and riding. It was an amazing experience because you get into this flow where you’re receiving this energy from deep within.”

He continued to ride and felt a personal sense of accomplishment.

“Halfway through it was pretty dark on the course and most people had gone home, but I was in the lead group of the whole race, having never done any sports at all!” he said. “I was pretty astounded … The next morning I came in third place out of thousands of riders. I stumbled off the bike and was lying on the ground and decided that moment I was going to break a Guinness World Record, but I would do it to tell people about the power of meditation. That’s how it all started.”

True to his word, Ashrita pursued records, squeezing in training whenever he has time. On weekends, one can find him at the bottom of the YMCA pool juggling underwater or staggering around a gym with a stepladder balanced on his chin. Past records include The Longest Continuous Forward Roll (12.5 miles) and fastest mile hopped on a bouncy ball. His method is primarily trial and error. Ashrita recalled that while training for a record with a samurai sword, a samurai master who was a friend of a friend came to observe him practice. “He said, ‘That was good but if you weren’t holding the sword upside down you could do better.’” He made much greater progress after that tip.

Where does he store all the certificates? “In a box in my closet. Because in the end, it’s not about the record, it’s the journey. It’s the process I took to get there. If Guinness went out of business tomorrow I would still be doing them for my own spiritual progress and joy.”

Very few of these competitors mention competition as the driving force behind their achievements. Whether the search for fulfillment takes them to the heights of the big top or deep within themselves, the focus is on personal or community improvement. As Ashrita said, “They ask mountain climbers ‘why do you climb Mt. Everest?’ and the classic answer is, ‘because it’s there’. I think there is something inherently deep inside every person that wants to transcend and overcome challenges.”

Moriah Petty is a junior TV-R major who wants to break the record for the most articles written about record breakers. Email her at mpetty1[at]ithaca[dot]edu.