The brutal reality of getting a job 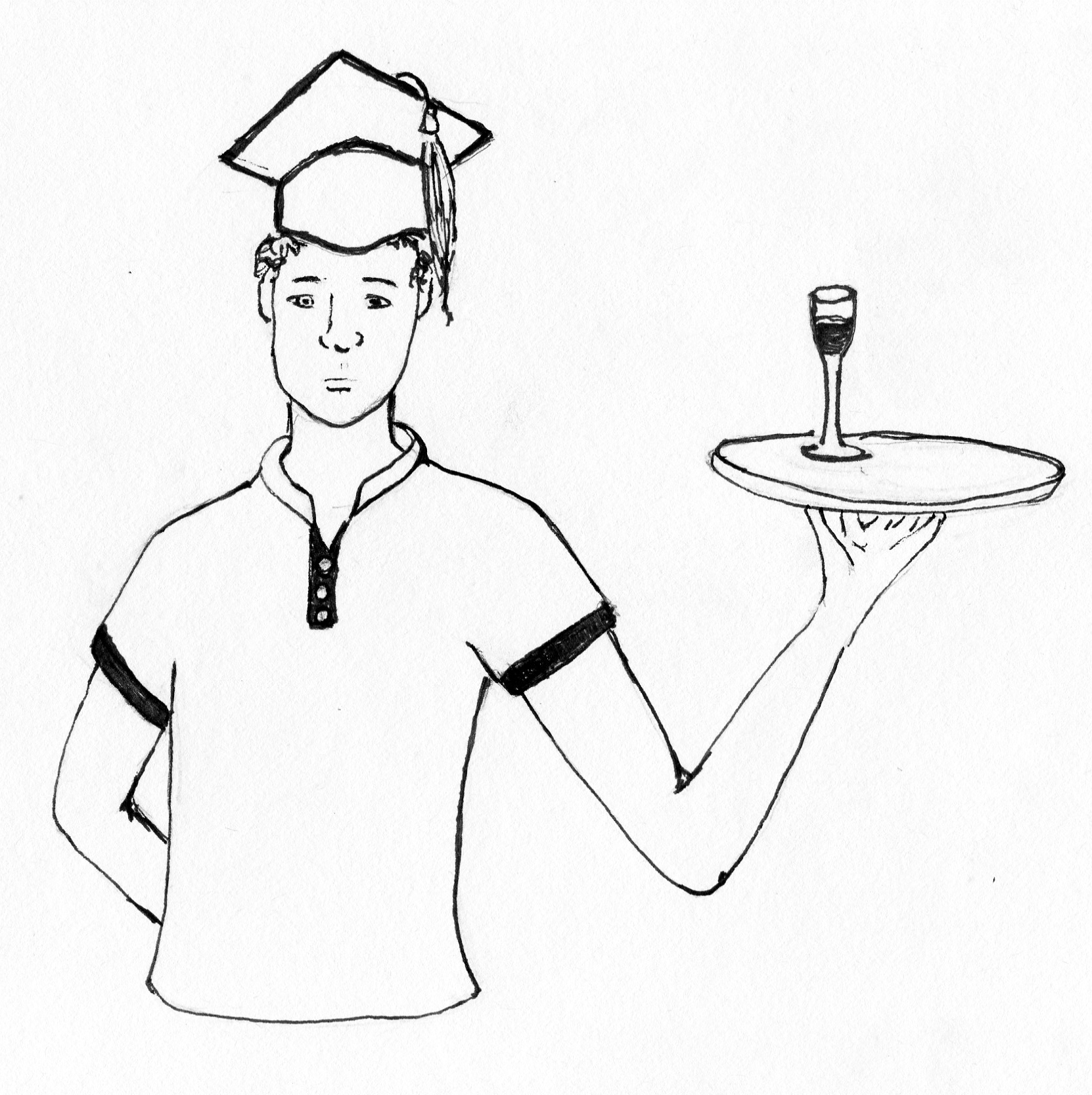 They were waiting to convince the fifth-largest private company in the United States to hire them. Sitting in a room together, they actually chatted with each other. The competition of the position could be described as extreme, but she was confident.

Senior Katie Tascioni said the atmosphere surrounding her interview for the tax associate position at Price Waterhouse Cooper was almost one of camaraderie. Tascioni, a finance and accounting double major, originally began interviewing for her position at PwC in November 2012. She described the air surrounding the position as “really competitive” and found herself thinking, “I probably won’t get it,” despite having interned at Merrill Lynch and Northwest Mutual. Much to Tascioni’s surprise, she received an email a week after her interview on campus; she had been invited to the second round of interviews in Boston.

Tascioni’s confidence, well-earned after working for two of the biggest names in the financial world, comes down to a science. Kate Hays, a psychologist with the Ontario-based consulting practice Performing Edge, said Henry Ford’s famous words about confidence are actually quite true. “Confidence will have a lot to do with how prepared you are, or how well prepared you think you are,” Hays said. But those words can be hard for a job-seeker to keep in mind, especially to those lacking Katie Tascioni’s caliber of experience. For the inexperienced student or recent grand, competing for a job can seem like competing in the Hunger Games.

The job world is especially cutthroat for millennials, people born between 1980 and 1996. As of January this year, the national unemployment rate stood at about 8 percent. Unemployment peaked in late 2009 at 10 percent, and has declined on the whole since then. But the post-recession landscape is a different one, one even more focused on technology and service. Some would even go far as to say that the current economy is “postindustrial”, meaning that it has moved beyond grandma and grandpa’s days of assembly lines and factories. The Bureau of Labor Statistics’ Occupational Outlook Handbook predicted that more than 50,000 software development jobs will be added by 2020. The Occupational Outlook Handbook also stated that the growth of jobs like machinists, assemblers and industrial painters will be “slower than average”.

Nin Tseng, writer for Fortune magazine, said a combination of structural unemployment — the increased automation of jobs — combined with a floundering market is what’s keeping many businesses from hiring anyone, especially inexperienced teens and twenty-somethings. “I don’t think the reason unemployment is so high is entirely structural, I think that it does reflect the weak economy,” Tseng said. “There’s a lot of companies out there that are … not confident enough to hire more workers.”

Another huge problem facing young people is underemployment, like having a job that doesn’t make full use of a person’s education. A recent study conducted by professor Richard Vedder of Ohio University found that between 14 percent and 25 percent of workers in low-skill positions, like telemarketers and bartenders, have college degrees. But, the competition for unskilled jobs is just as tough. Tseng said underemployed older people “push younger people who typically would take those jobs.” He said, “It makes it a much more competitive environment.” Since the sagging economy is affecting older and more experienced workers, they too are often forced to take service sector jobs, the usual niche for students.

But, there is a light at the end of the tunnel. The prescription for these economic ills may lie in the future. “The jobs that exist today are going to be so different from the jobs that exist ten years from now,” Tseng said. Plenty of brand new jobs have become standard for most companies in the last ten years, most relating to social media. Major companies like Nike, Starbucks and Target have Facebook pages and Twitter accounts, and are hiring more social media managers by the day.

Then, there’s the app developer. Whether their creation is for a company or independent, they are almost guaranteed to make a fortune. Angry Birds, practically synonymous with runaway hit, makes millions of dollars in merchandise royalties for its Finnish creators at Rovio Entertainment.

As baby boomers — people born between 1946 and 1964 —  age, jobs in senior care are expected to increase as well. Job growth for personal care and home health aides is expected to grow by more than 1.3 million by 2020. Related jobs like occupational and physical therapists, sonographers, and medical secretaries are all expected to grow much faster than average too. Not surprising considering there are 76 million baby boomers in America, roughly 24 percent of the population.

Immigrants are also changing the job market. Over a dozen languages are spoken in America, so naturally translators are needed. Interpreters can work in nearly any setting, and their numbers are expected to increase by nearly 60,000 by 2020. There are roughly the same number of millennials as baby boomers, all ready and willing to take the place of baby boomers place in the job market when the last of them are set to retire in 2031. If the job market will be unrecognizable in a mere 10 years, one can only begin to fathom what it will look like in 18 years.

Miranda Materazzo is a freshman journalism major who is ready for an all out brawl to get her first internship. Email her at mmatera1[at]ithaca[dot]edu.