A look into the winning mindset of youth athletics 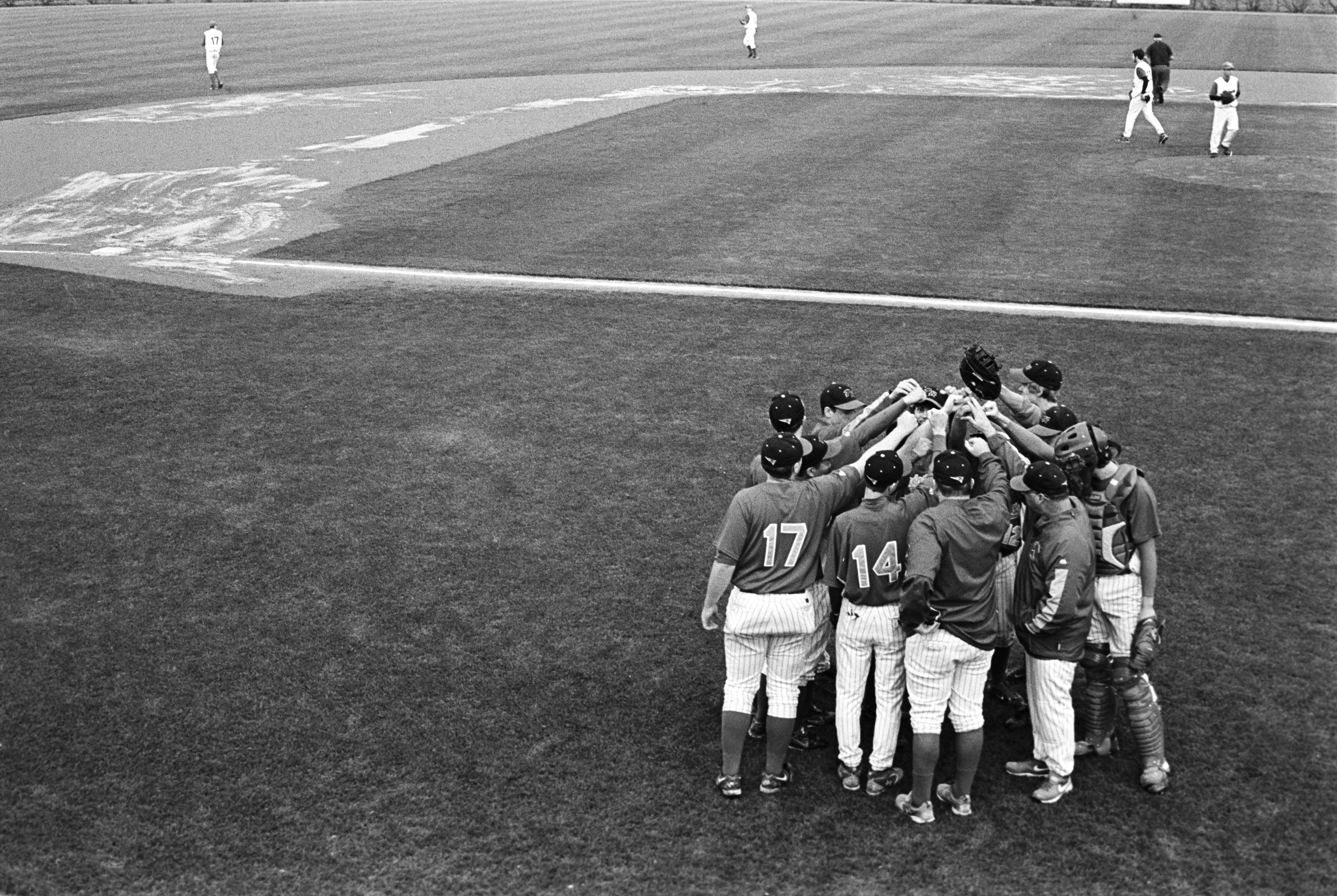 Kelly Sullivan, mother of three from New Jersey, is busy working as a substitute teacher and working with a church youth group, and acting as her son’s Boy Scout Troop Leader. Recently, they participated in the Pinewood Derby, an event for which the scouts build a model car with a family member and then race the cars against their peers. Sullivan explained that a few years ago, a change to the event was instated: instead of the judges giving out medals to the three fastest cars, everyone who participated in the race would receive a prize. “They created weird categories [for awards] … so that every kid would go home with something,” Sullivan said. “For some parents, this was the savior of the event.”

A rising trend of coddled and praise-hungry children is one that is pervading youth sports and education alike, and many believe that the “everyone gets a trophy” mentality is to blame. Many recreational sports leagues and gym classes across the country have stopped keeping score for fear of hurting the losing team members’ self esteem. Much to their dismay, today’s kids aren’t becoming more secure in their ability, but rather the exact opposite.

This is one of the dangers of removing competition in children’s lives and teaching them to fear failure. Sullivan said she believes that expecting praise for simply participating sets children up to be disappointed once they reach adulthood. “In the real world, in corporate America, not everyone is the CEO … you have to work incredibly hard and accept the fact that other people might be better than you,” she said.

John Forde, father of four competitive female athletes in New Jersey, agreed. He reflected on watching his daughters play softball. “When the ball is in the air, the kid’s not thinking about who’s going to yell at him. He should be thinking about catching the ball. If the kid … says ‘win or lose, I’m getting the same pat on the back,’ that’s not motivation,” Forde said.

Children inherit the fear of failure largely from their parents. Parents that are overly weary of disappointment and reality reaching their young children end up harming their child’s development. A kid who was praised for everything will become an adult who expects everything out of life without having to work much for it. In addition, the more misplaced praise a child receives, the less desire they will have to put effort into their endeavors, simply because they won’t feel they have to.

For this reason, “some children and adults really need to be motivated by another source — they are not self-motivating at all,” Sullivan said. “In some respects, you have to jump up and down and sideways to get certain children to feel [like] they are worthy.” When Sullivan refers to jumping up and down for a child in order to foster motivation and effort, she believes that part of this is offering kids variety. “I love kids,” Sullivan said. “I love the look on their faces when something different happens … something new. If you don’t expose them to different varieties of things, you won’t find out where they’re most comfortable, where they’re happiest, [or] where they learn the most.”

Fairness has come to mean that everyone is the same, as opposed to being treated equally for our varied abilities and contributions. According to Raj Subramaniam, a professor in the Department of Health Promotion and Physical Education at Ithaca College, every child receiving the same amount of praise or the same reward regardless of effort or ability has two sides. “On the one hand, you say everybody is good,” Subramaniam said. “On the other hand, you are cheating a child saying he is good when he’s not good! … You give false comfort to the child.”

Thomas Hall, a physical education teacher of elementary-school children in the Ithaca City School District, said that praising a child’s efforts and skills needs to be specific and constructive, not merely consoling. “You [should] make the connections to hard work … that a good attitude equals success, and I think you can take the sting out of losing [that way], by reinforcing…that you keep practicing and getting better at these [skills], so it doesn’t feel like the end of the world [to the child].”

Forde agreed, saying that it is useless to hide a child’s failure from him or her, as the child already knows that he has failed. “When you call out a kid, it’s not the end of the world…it’s not going to make [him] feel better if you deny it, or deny the importance of it…the kid knows [what happened], it’s the elephant in the room,” Forde said.

Adults that are weary about bringing down a child’s confidence tend to not let them be challenged. Therefore, not only are kids being told that they deserve all the praise and recognition that they can get, but also that it is crucial to be better than their peers in every aspect. Forde has seen this in action while watching his daughter play volleyball. As the game pulls people off the court and replaces them for specific plays, his daughter used to have a hard time accepting that she wouldn’t be played the entire game, but only for the plays where she was the best person for the job.

“At first it was frustrating [for her], but then she realized it’s what [she] had to do,” Forde said. “She realized her role, and that’s the coach’s job — to make sure she understands that what she’s doing is important to the team.”

In other words, every child will have their strong suits, and they should be taught to embrace them for what they are instead of beating themselves up for not being perfect. 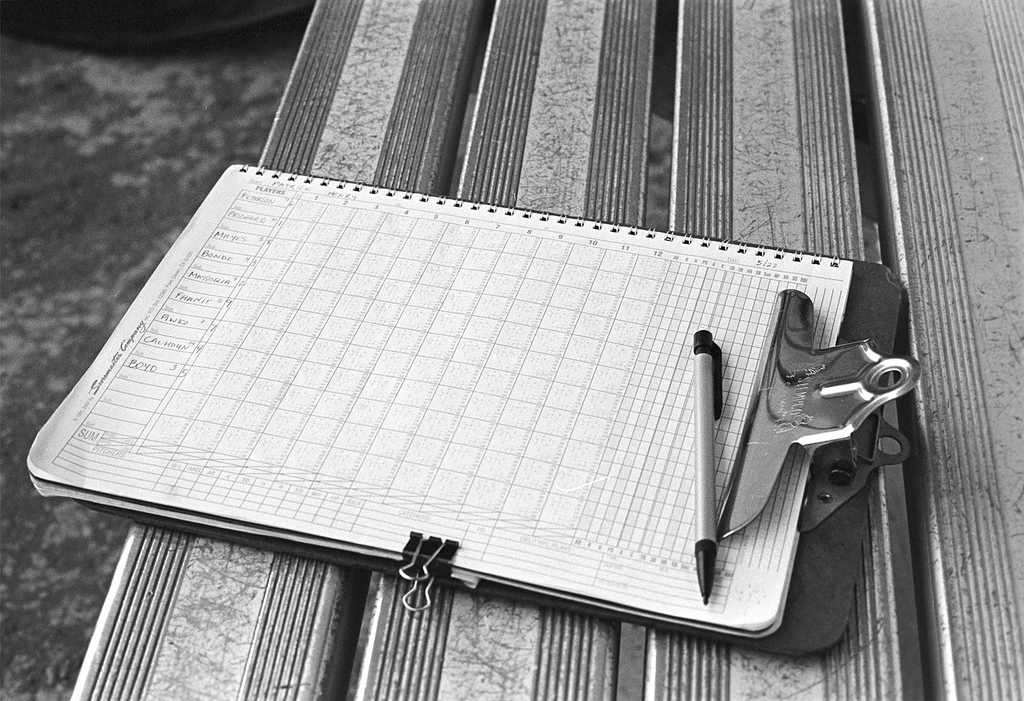 When it comes to sports, ability is much more blatantly noticeable than in school. Children will often know who the best player and the worst player on the team is, especially if it’s them. For this reason, Subramaniam believes that teachers of elementary school gym, as well as youth coaches, need to use a mastery oriented teaching method instead of a goal oriented one. Mastery oriented teaching praises children for effort, which inspires them to do work to acquire skill. In contrast, goal oriented teaching praises ability, which usually results in the kids who thrive in competition to not be pushed aside.

Coaches and parents alike find it difficult to decide between exaggerating a child’s talent and using honesty to motivate their improvement. Nevertheless, parents’ personal feelings towards losing have an impact, as well.

“A parent has a huge role in their child’s attitude, for better or for worse,” Hall said. “I think that kids will often copy the same habits as people who are around them … so their attitude, behavior and effort will be shaped by those of the people they see at home. You always have to be a good example of what you want your child or player to be.”

Sullivan attests to this, much due to her experience dealing with complaints and concerns from parents as an annual camp director over the last six summers. She believes many American families that orient their children around competition do so in order to make their kids something to brag about. “I think that parents are competitive because they want to be the parent of the best kid on the team,” Sullivan said.

Subramaniam’s belief that sports and school are meant to bring more than mere victory and parental bragging rights.

“The classroom or the gymnasium should be a space where kids should [feel] safe emotionally, psychologically and physically, [and] it should be an environment where it should be inviting kids to come and enjoy physical activity,” Subramaniam said.

He made a point to explain that this is the true purpose of physical education: in a country plagued by epidemic and obesity, lifetime physical activity must be instilled as a positive part of life at an early age.

Hall reflects this in his teaching. “I think today’s physical education programs focus mainly on trying to get kids to engage in activities that they can participate in their entire lives … one of my goals is to get these kids active,” he said.

Nevertheless, he goes on to explain that competition is not detrimental to a child’s learning experience, but beneficial if implemented in the right way. Hall incorporates competition into his lessons. “[It’s] not so that it discourages [the students] from trying, but just [to bring up] the fact that when you play a game … the goal is to do the best you can and to win.”

An uprooting of parenting, teaching and coaching cultures, is the only thing that can change the “winner takes all” mentality that is weakening youth populations, both in everyday life and on the field. If a child only sees value in the outcome, they lose sight of the journey, fostering laziness, entitlement and a desire for immediate gratification in kids.

“That’s what happens when we don’t keep score. I think that kind of encourages everyone to coast, not to try their hardest to do their best,” Sullivan said.  Her suggestion? “The goal is to get each kid to find that passion for whatever it is that’s going to make them the happiest and [most] productive so that they can be self-motivating,” she said.

Cooperation and effort is what children need to see merit in, as opposed to individual superiority to one’s peers. Hall believes that there is more than winning to every game. “Competition is important for getting better, but we do need to reinforce the other areas like respect and sportsmanship, as well,” Hall said.

Subramaniam, too, sees the value outside of success, stating that, “if you teach kids…that it’s not about the competition [but] it’s about how you play the game … they’re so engrossed in the game, who cares about keeping score?” he said.

On the other hand, many parents believe that competition is simply a fact of life that children need to learn how to manage for their skill level and personality.

“It’s all a matter of how they’re trained…or brought up to handle it,” Forde said. “I always told my kids there’s nothing wrong with wanting to beat the other kid…if [she’s] pitching and you’re out there to win a game, hit the ball!”

Taryn Pire is a sophomore English major who hit the ball out of the park with her first Upfront Buzzsaw article, and we are not just saying that. Email her at tpire1[at]ithaca[dot]edu.