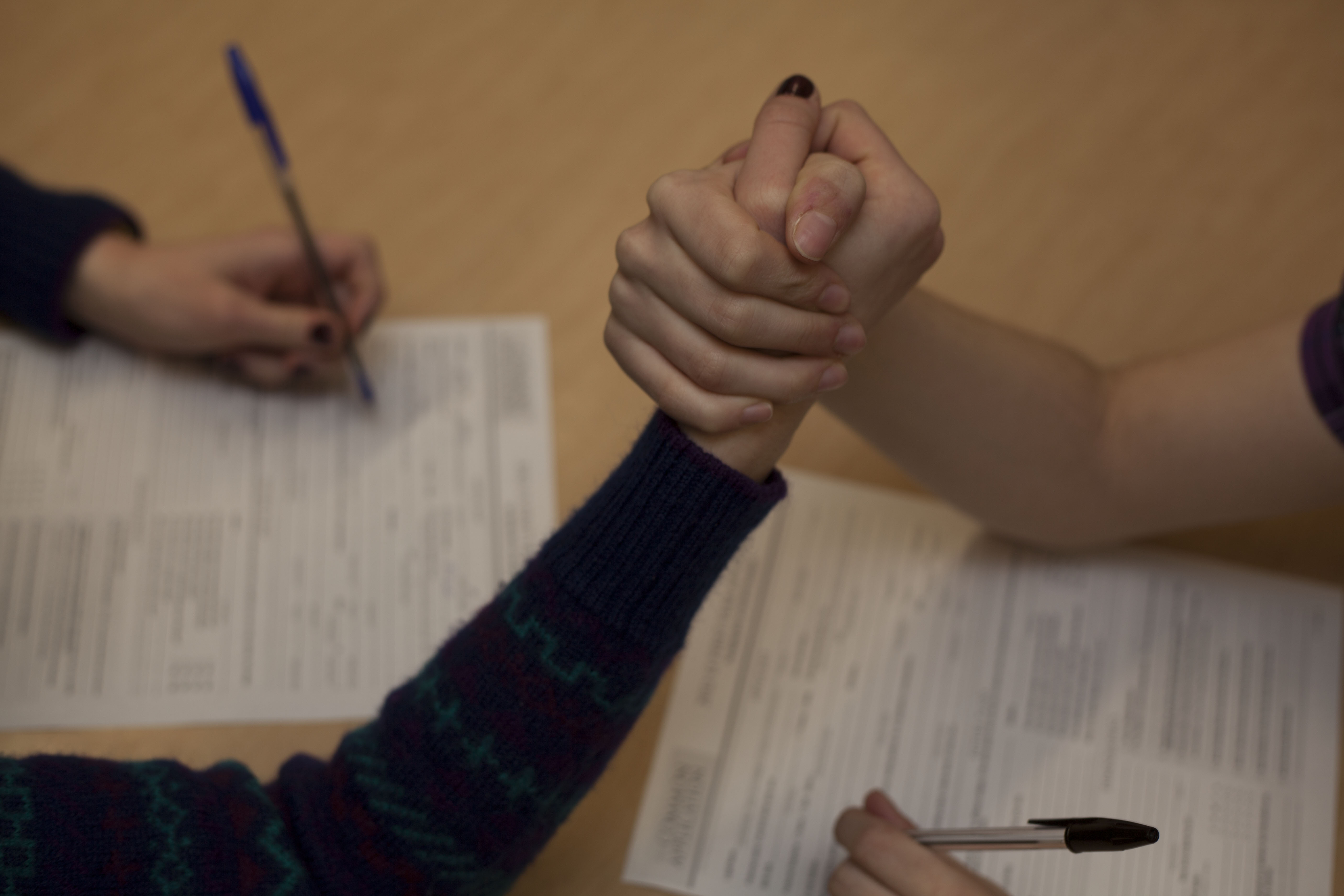 Everyone has memories from high school — some say it was the best years of their lives, while others beg to differ. Senior year in particular seems to be defined by prom, senior week, SATs and most importantly, college applications.

Swamped with promotional flyers and shiny folders holding the keys to their futures, high school seniors are finding even though they have more college options than ever, students need to make sure they are completely well rounded in order to get into the college or university of their dreams.

Admissions officers at these institutions are having similar issues: how they can they get the top students to choose to attend their schools when choices are ever increasing? Colleges and universities have found they need to adjust their tactics in order to stand a chance in getting the “stand-out” students to submit their deposit and secure a place in the incoming class.

It’s a fierce competition; there are more students applying to colleges than ever before. According to a study from the National Center for Education Sciences, 21.6 million students were expected to attend American universities in fall 2012, an increase of 6.2 million since fall 2000. Not only is the competition growing to get into these schools, but also there are more students to compete against. Those numbers are steadily increasing. NCES said in a study that there is an expected increase of 11 percent for students enrolling in colleges between 2010 and 2020.

High school students are also applying to an increasing number of schools in response to the growing competition. The 2011 State of College Admission Report, released by The National Association for College Admission Counseling, found that 25 percent of high school seniors applied to seven or more schools, up from 23 percent from the 2010 report. This decreases the likelihood that each accepted student will actually attend the university or college that they are accepted to.

“It got a little out of hand several years ago where some students were applying to 12, 15, 20 colleges,” Sharon Gublo, the college and career counselor at Ithaca High School, said. “We’ve really tried to have the students understand that they have to do a lot of research in order to pick the schools that they would like to apply to.”

She has seen students applying to more schools than a decade or so ago, but counselors at Ithaca High School try and encourage students to keep their list of potential schools smaller. “We really urge them to keep their list at about eight,” Gublo said.

The decisions are even harder with this increase in choices so the tactics colleges and universities use in order to get students to attend have evolved. From campus tours to accepted student days or weekends, from stamped letters to personal phone calls and Facebook groups, students are receiving attention from these schools in more ways than ever before.

Gublo agreed, though pointed out the difficulties for students applying to schools because of this, for larger and smaller schools alike. “Colleges are wanting diversity on their campuses, and it might actually be closing out a few students out of the top schools which then causes that trickle-down effect,” Gublo said.

Gerard Turbide, director of admission at Ithaca College, said the role of admissions is really to attract the attention of these top students and encourage them to see if Ithaca is a right “fit” for them.

“Much of what my office is about is that outreach and telling the story and identifying students and working with them to get them to campus, to encourage their application and ultimately for those for which it is the right fit to enroll,” Turbide said.

But even though schools are doing their best to reach out, many students and their families are struggling financially in the face of hefty price tags that come with the brand name that many elite schools offer, which adds importance to the decision itself.

“We talk to families about this a lot, this is a huge decision. It’s a huge investment,” Turbide said. “You spend not just tuition dollars, you’re going to spend four years here…If [families] are doing the college search right, they’re gauging not just cost, but value. Hopefully they’re not looking at this as a purchase, but as an investment. And it’s an investment in yourself and the institution you choose to attend. You’re becoming a part of a community. You’re investing in that experience, and the return in the investment is so much more.”

Many “great” students strive for top schools — Ivy Leagues, brand-name schools and other universities that boast famous, recognized names around the world. “The brand has become increasingly important,” Cubbage said. “People are willing to pay for the name.”

Gublo said that while these “name-brand” colleges may be great, there are other less well know schools that are equally as good.

“It doesn’t only become this competitiveness within the school and with their peers, but competitiveness in trying to get into these top schools and not looking at what other schools are out there,” Gublo said.

In order for students to prove themselves to these top schools, as well as smaller “gems,” admissions teams are looking for students who are committed and who challenge themselves academically and otherwise.

“What Northwestern and other top schools look at is, did the student take advantage of the top academic opportunities that were available to them?” Cubbage said. “If you have a great GPA but didn’t take any AP classes, we look very closely at their high schools, and ask if they took advantage of the opportunity to take challenging courses.”

And it is more than just excellence in the classroom, but also engagement and interest in these institutions.

“Not only do students have to make their case to the admissions about ‘look at my credentials, look at my engagement,’” Turbide said. “But then the other part of that conversation, is you come to campus for an Ithaca Today program, this is what’s here for you.”

Gublo said in order for a student to be great and in presenting themselves to colleges, it’s important for them to be honest and to realize where their strengths and passions lie.

Admissions officers agree that for a college to be right, it’s not necessarily the name — it’s where you feel comfortable, and that is the most important thing in the admission process.

“We want it to be a good fit. Is this a place [the student] is going to be happy, is this a student we want on the Northwestern campus?” Cubbage said.

Turbide said that ultimately the right college is the one where you feel comfortable, and students end up where they feel right, regardless of the whirlwind of competition that is now surrounding the college admission process.

“For many students, when they get here on campus, it feels right. There’s a fit. And that’s the way it should be. In the end you’re looking for the right fit,” Turbide said.

Samantha Guter is a freshman journalism major who beat out the competition to be a Bomber. Email her at sguter1[at]ithaca[dot]edu.