Switching Over to the Dark Side 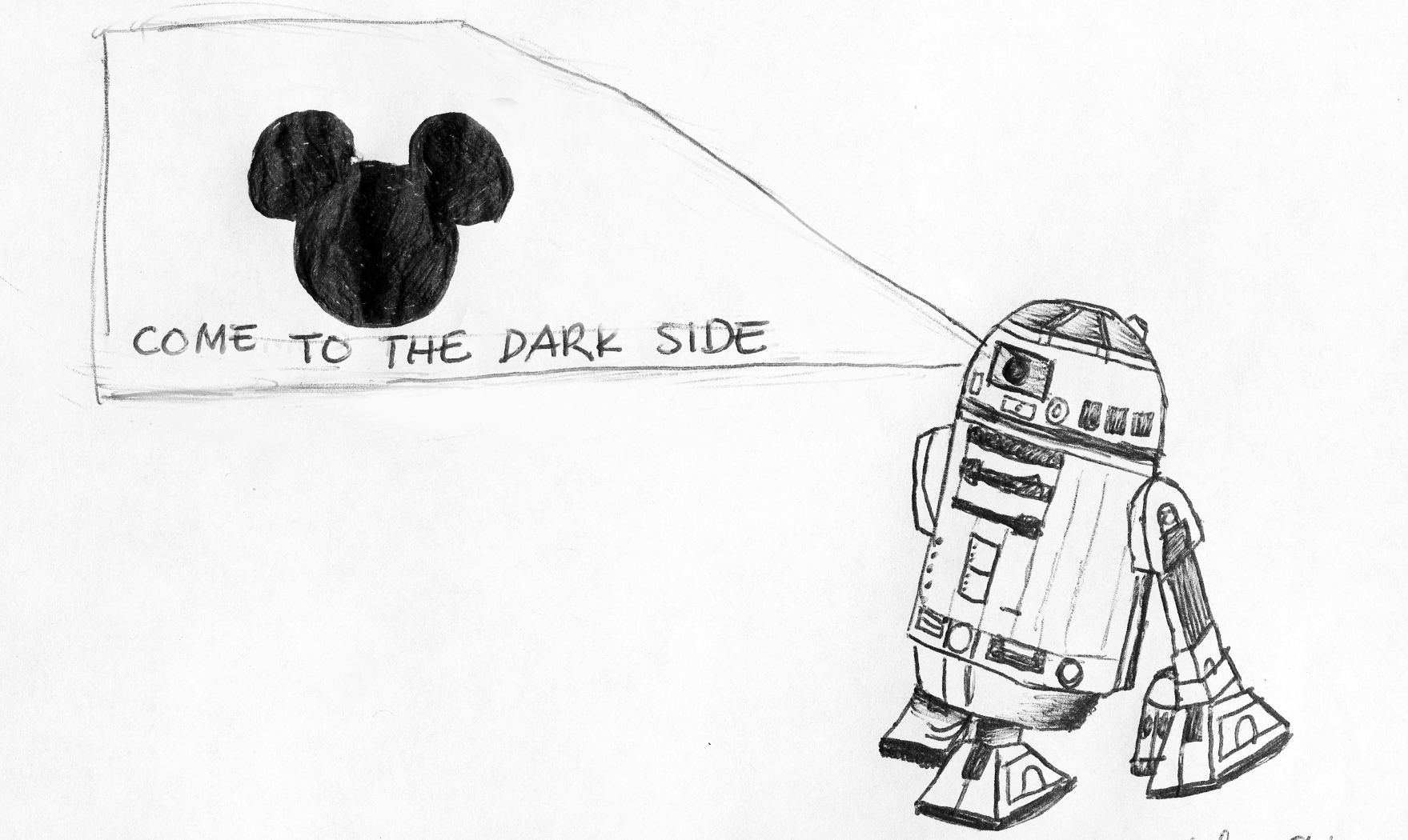 One fan’s take on Disney’s Acquisition of Lucasfilms

It is human nature to fear the unknown. We seek comfort in the familiar and often harbor resentment towards change. But change can be a good thing. With change comes an overflow of new ideas, feelings and concepts. There are, however, certain things in this world that are just not meant to change; I believe the Star Wars franchise belongs in this category.

As of October 2012, George Lucas sold Lucasfilms to Walt Disney Studios for $4.05 billion. Lucasfilms is the production company responsible for the entire Star Wars franchise. Through this deal Disney acquired the rights to produce any and all Star Wars video games, cartoons, comics, action figures and movies from here on out, with George Lucas serving as creative consultant on the next three films.

Disney now owns and controls all of the technologies previously owned by Lucasfilms, including its subsidiaries: Industrial Light and Magic, Skywalker Sound, Lucasarts and Lucasfilm Animations.

“It’s now time for me to pass Star Wars on to a new generation of filmmakers,” George Lucas wrote in a press release explaining his decision to sell the franchise and his company. “I’ve always believed that Star Wars could live beyond me, and I thought it was important to set up the transition during my lifetime.”

While Disney has certainly earned its reputation as the producers of visually stunning films, it’s their monopolization of the fantasy genre that makes this transaction just not sit right with me. I fear that Disney will try to market the franchise too much as a “space fantasy” rather than the romanticized “space opera” that it was intended to be. While Star Wars shares some archetypal aspects with the fantasy genre, including princesses, lords and knights, it does not share the same elements of magic that Disney is known for.

So what does this mean for the future of Star Wars? Is Princess Leia now a Disney princess? Will Chewbacca be singing about sharing with the Ewoks on Playhouse Disney? So many questions are raised, and there is no true way of predicting the future. It already looks bleak. On Disney World’s website, for example, they are advertising fabulous “Star Wars Weekends,” at  which customers can enjoy “Hyperspace Hooplah.” The description of Hyperspace Hooplah is as follows: “At the end of each day, let loose with music, comedy and dancing at the Hyperspace Hoopla! With so many Ewoks, Wookiees, stormtroopers, Jawas and otherworldly creatures, young Jedi and their parents would be wise to have their cameras ready.”

Once again, Star Wars is a romanticized science fiction, or “space opera,” about interplanetary warfare. It is not a fun filled fantasy with music and talking animals. Already, The Walt Disney Company is trying to appeal the Star Wars franchise to younger and more family oriented markets. Granted, LucasFilms has been marketing the film series to kids since the release of the first film, but now that George Lucas has resigned much of his control over his brainchild, meaning the future of the series lays in the hands of Disney. Like Winnie the Pooh and The Chronicles of Narnia series before it, Star Wars is now just another element of the Walt Disney conglomerate.

Many argue that they are not too surprised by this move, as George Lucas has been over-commercializing his franchise from the very beginning. Let us not forget the 1978 made-for-television abomination, “The Star Wars Holiday Special.”

While we can remain cynical about the future of Star Wars there is still some room for optimism. After all, Disney managed to produce and release the new Avengers movie without overly Disneyfying the project. Granted, we’ve never seen Disney handle a science fiction of this magnitude, but we can only hope that producer Kathleen Kennedy will maintain the same intergalactic charm carried out in the first three movies.

Jared Corwin is a junior TVR major who has attended 14 Star Wars conventions in his lifetime. Email him at jcorwin1[at]ithaca[dot]edu.