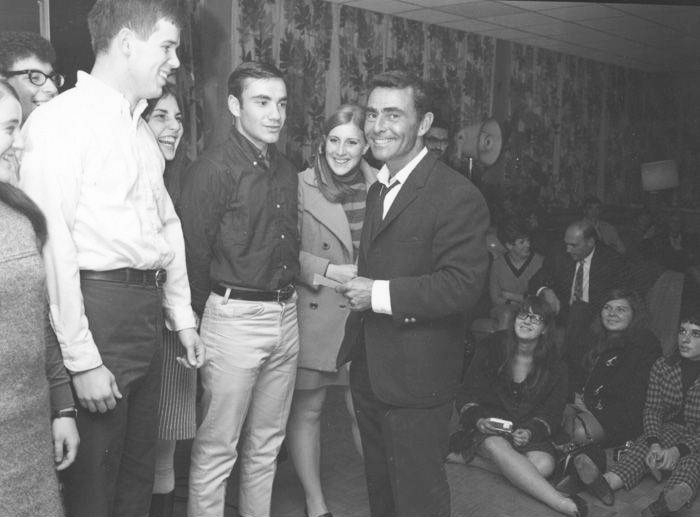 Rod Serling’s legacy at Ithaca and beyond

I was giving a tour of the Park School to prospective students on one particularly crowded Monday in October when I found myself paused in front of the case displaying five of Rod Serling’s Emmy Awards.

“These are actually real Emmys won by Rod Serling,” I said as parents, clearly impressed, nodded and smiled with approval and the high school students stared blankly at me. “He was the creator of The Twilight Zone. He was a visiting instructor in the 70s and an esteemed member of the Ithaca community.”

At the sound of the words The Twilight Zone — they got it. Even these people in their teens knew the show, the iconic music, the legendary episodes, the feeling of your stomach dropping — the feeling that can only be mimicked on the Tower of Terror. But none of them even knew the man that made all of that happen.

To be fair, neither did I.

The first episode of The Twilight Zone that I ever saw was “Time Enough at Last,” and it was scary enough to scare me away from the series for a long time. The episode is about Mr. Henry Bemis, a banker who loved books but was constantly denied the pleasure of reading by his boss. We see him sneak into the bank’s vault, where he is the sole survivor the apocalypse; unfortunately for Bemis, just as he finally has the time, and freedom, to enjoy his beloved books, his reading glasses break.

While, initially, it seemed appropriate to write The Twilight Zone in an issue dedicated to outer space and the great beyond, but what “Time Enough At Last” reveals is that this is a show that’s more about alienation than it is about aliens. The series — and more importantly, the man behind it — I discovered that it didn’t just provide a lens into the world of the supernatural, but rather, a mirror of humanity. 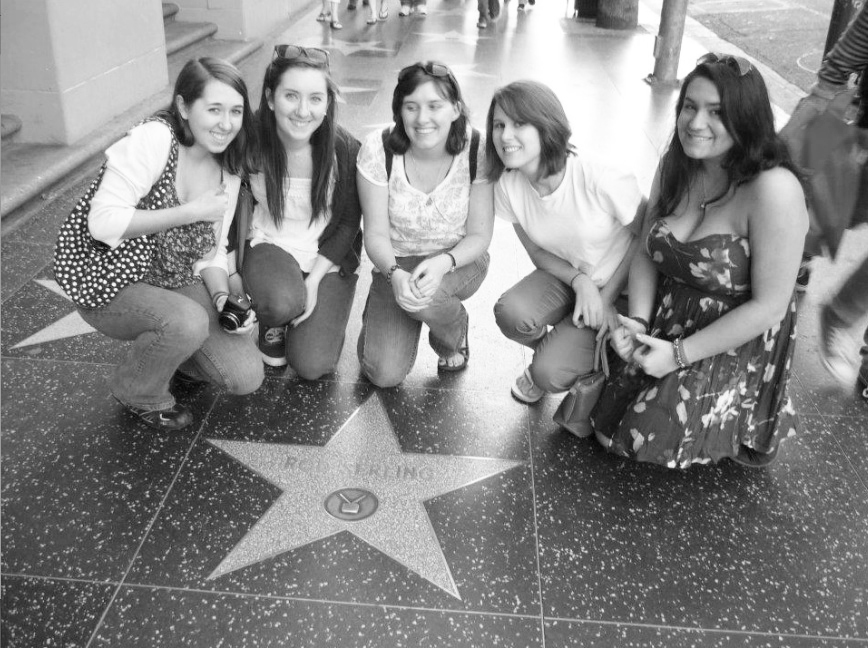 In one of his final interviews before his death at 51 years old in 1975, Rod Serling went on the record as saying that he didn’t think his writing would stand the test of time.

But since The Twilight Zone’s 1959 premiere, the show has inspired a ride at four Disney parks, another series, a film by Steven Spielberg and another, in talks, with Leonardo DiCaprio; as well as two spots on TV Guide’s 100 Greatest Episode of All Time and a position on their list of the 50 Greatest TV Shows of All Time.

As Stephen Tropiano, committee member of the Rod Serling Conference explained the reason these stories have stood the test of time, even in the age of CGI and special effects, is because of the power of the stories he told.

“Serling was a master storyteller and no matter how fantastical his stories were, they were always grounded in reality,” Tropiano said. “I think the themes that The Twilight Zone episodes address are very humanistic and universal. Like most programs in this genre, they are never outdated because they are still very relevant today.”

It’s the collective themes of humanity that united original fans of The Twilight Zone with the people who of today who are enjoying the series on Netflix.  A theme that, Diane Gayeski, dean of the Park School of Communications and former student of Serling, explained wouldn’t exist in the “fifth dimension” without Serling’s dedication to his fellow man.

“He’s a guy who understood human nature, sort of the hopeful part but also the dark side of it,” she said. “And he was able to bring that out in ways that really brought you in. And in the days that he wrote, you couldn’t really talk about racial prejudice right out, so you can do something about it in some different time or some different planet, so you get sucked in and look it and before you know it, you’re having an insight on what your own feelings were.”

In an autobiographical essay written in 1957, Serling wrote that, “The TV writer is never trained to be a TV writer. There are no courses, however specialized and applied, that will catapult him into the profession.” So it’s only natural when he came to Ithaca, he taught to the students, but rather it was a willingness to think critically of the world.

“Most of what he talked about was about what he thought the responsibility of the media was to make a difference,” Gayeski said. “He never talked really about the technical aspects of things, I mean once in a while… but that was clearly not his interest, he was a writer and he taught us mostly about that—how to tell a story and what stories we should tell.”

“The strength of the stories themselves, it certainly wasn’t the special effects or the color especially because they were in black and white, it wasn’t any of the bells or whistles, it was the raw story,” Andy Orgel, a former student of Serling, said. “He tackled subjects and did them in a creative way like no one had ever done before. His stories just made you think so much about parts of your life and how you look at things and getting you to think about every day things but in a different way.”

Beyond the strengths of the stories he told, Serling had great success in the way that he told. One of the strongest skills that he used in telling stories was creating characters that were relatable. While the average viewer may not be “traveling through another dimension” into the twilight zone, he constantly portrayed characters that were average people — bankers, teachers, doctors — who came across an unusual circumstance; they were characters that made it easy for characters to relate to.

When Bridget Bower, Ithaca College archivist in charge of the Rod Serling Archives, was asked what her favorite Twilight Zone episode was, the influence of relatable characters was evident.

“I am a big fan of ‘The Obsolete Man,’” she said, smiling. “Because the obsolete man was a librarian … and he won!”

Another technique that will forever be associated with Serling’s storytelling legacy was his ability to use the surprise ending. Eric Griffith explained that Serling was the “master of the twist ending,” and that this was another innovative technique to express the values in the stories he wanted to tell and the morals he wanted to express.

“Scaring people is fantastic,” Griffith said. “And if you can scare people and then still change the story at the very end and force everyone to go back and look at the whole story and how it worked, that’s really what I think a lot of writers would love to be able to pull off. A straight-forward ending is great, but if you could do a twist ending and be successful at it, you have really accomplished something.” 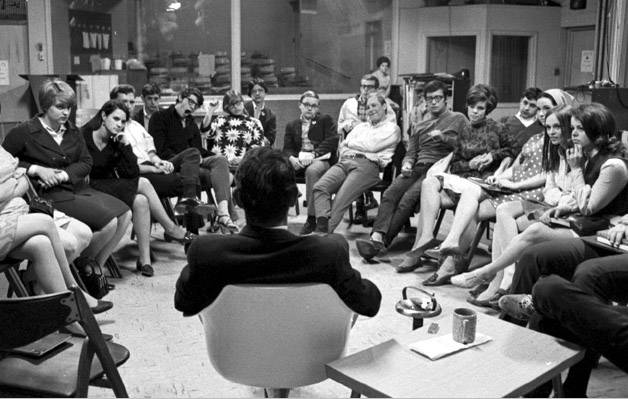 A man that didn’t just bring viewers on “a journey into a wondrous land whose boundaries are that of imagination.” He made this wondrous land a reality by taking risks and addressing these ethical issues and telling the stories that most people at the time were too afraid to.

And even if you haven’t made it to the library archives, or missed the last conference, there’s one place you can always feel Serling’s legacy at Ithaca — even if it’s coming from another dimension.

“And like I say, he has my back,” Gayeski said. “The first thing I found when I moved into my office, I found an old photo of him in an old black and white camera in a studio and I put that right over my back, he kind of looks over me. I say good morning to him every day, and I really feel like he’s there. I feel like he’s in my office with me.”

Carly Sitzer is a senior journalism major who feels like she’s stepping into the twilight zone whenever she steps outside the BuzzCave. Email her at csitzer1@ithaca.edu.