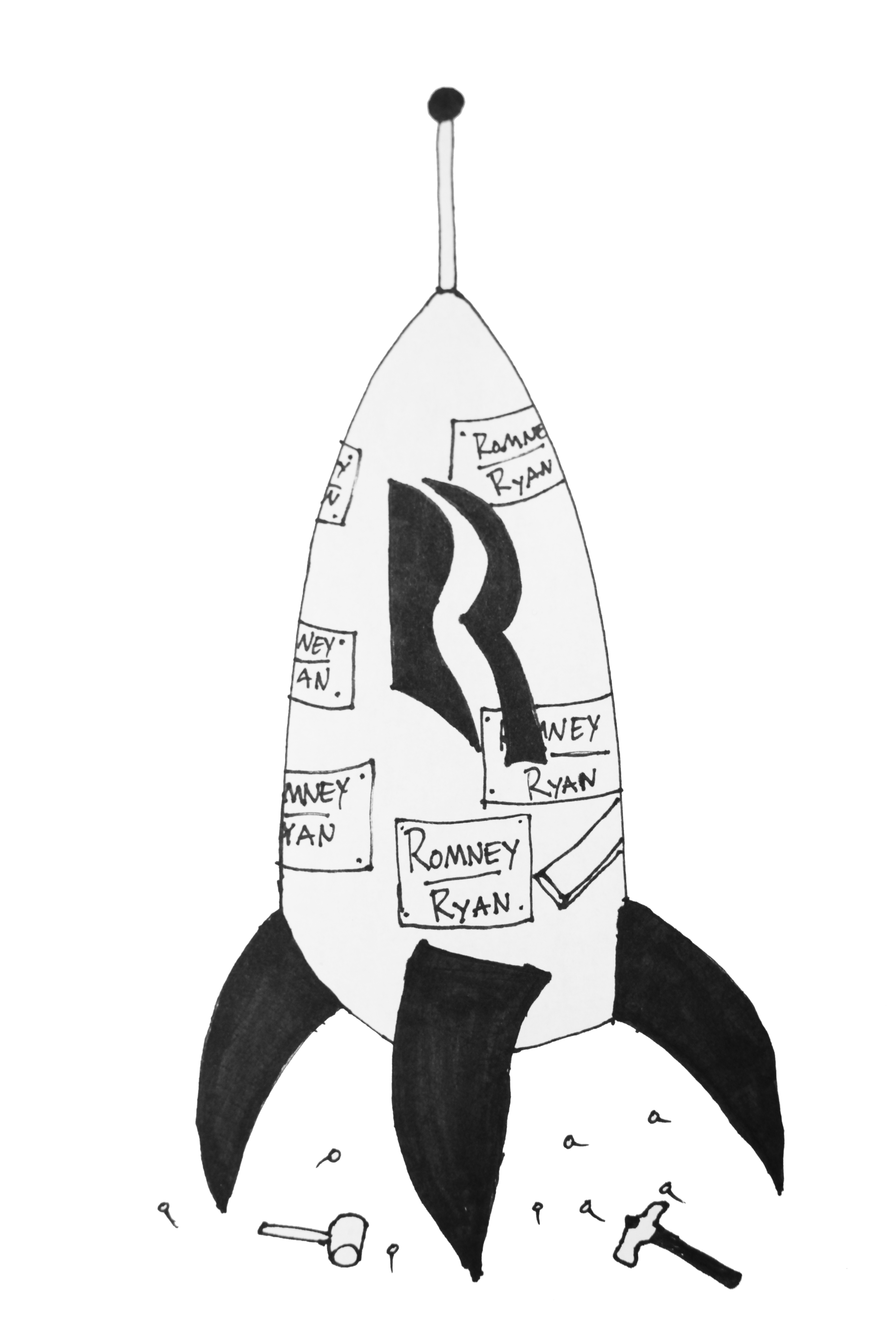 The following is a transcript of an audio tape recording made by Mitt Willard, a Minnesotan poultry farmer. Willard was an avid supporter of Governor Mitt Romney in the presidential race. The fence surrounding his farm was littered with Romney Ryan 2012 signs and homemade posters reading “Obama Supporters Not Welcome.” It was rumored he even sent Romney and Ryan four live chickens each month to show his support. Willard gained some national attention in June, threatening to escape to space if President Obama was re-elected. He claimed he would build a spaceship and leave before the President even read his morning paper after Election Day. Police checked in on Willard when reports of strange noises and odd lights came flooding in around the same time that major news sources confirmed President Obama’s win. When police arrived on the scene, all of the Romney Ryan signs were gone from Mitt’s property. Discovered on November 7, 2012, this tape was found in his house in a silver-plated time capsule marked “In Case of Apocalypse.”

Williard: Hello survivors of the future! Or … well I guess hello from the past. This will surely be the only recording found predicting the fate of our world. Dumb liberals are cheering in the streets for that evil man. He is the AntiChrist! But of course they don’t know that … no one knows that.  My countdown has begun, T-minus 58 minutes until take off. I can’t stay here on Earth. Not even the moon would be far enough away from Obama. I hate to even say his name. I’m heading for Pluto — hopefully, if my little old Double-R can make it that far. She’s gonna push it. Oh, right. Double-R is my girl. She’s made of the strongest barn wood and most blessed political signs of our day. Yeah. This rocket will take me far.

Since Pluto was removed from the list of planets, I’m guessing there’s something there that our government doesn’t want us to know about. It’s also the last place that they’re going to look for me. They’ll want to find me to stifle the truth. It is only I, the namesake of Romney, who knows the real truth. I’ll be the only one to get away before hell’s fires bubble to Earth’s surface. I’m ready for it! Let them come!

At this point Willard stepped away from the tape. He walked away shouting, “They have nothing on me!” and “I’ll out run everyone!” For the next 45 minutes sounds of drilling, hammering and buzzing on wood and metal could be heard in the background. Then a loud emergency alarm went off. Willard returned to the tape player.

Williard: It’s time. To all who have managed to live since November 7, 2012, I praise your courage. After I left, the police surely came for me. Not to see where I went, but to stop me from going. I know they knew my plans. I’m the only one that knew the truth. I hope they don’t find this. The public won’t understand. Not yet. That’s why you, the survivors, need to know; you are not alone.

After my stop to Pluto, I’ll head to other galaxies. Who knows what will happen. But for those conservatives that don’t fall to the Antichrist’s Army, you will see me once again. Romney/Ryan barn rocket and all.

End transcript. Willard was never found. But then again, police never looked much for him.

Rachael Lewis-Kristy is a junior documentary studies and production major who would’ve done the same thing if there was a Romney win. Email her at rlewisk1[at]ithaca[dot]edu.