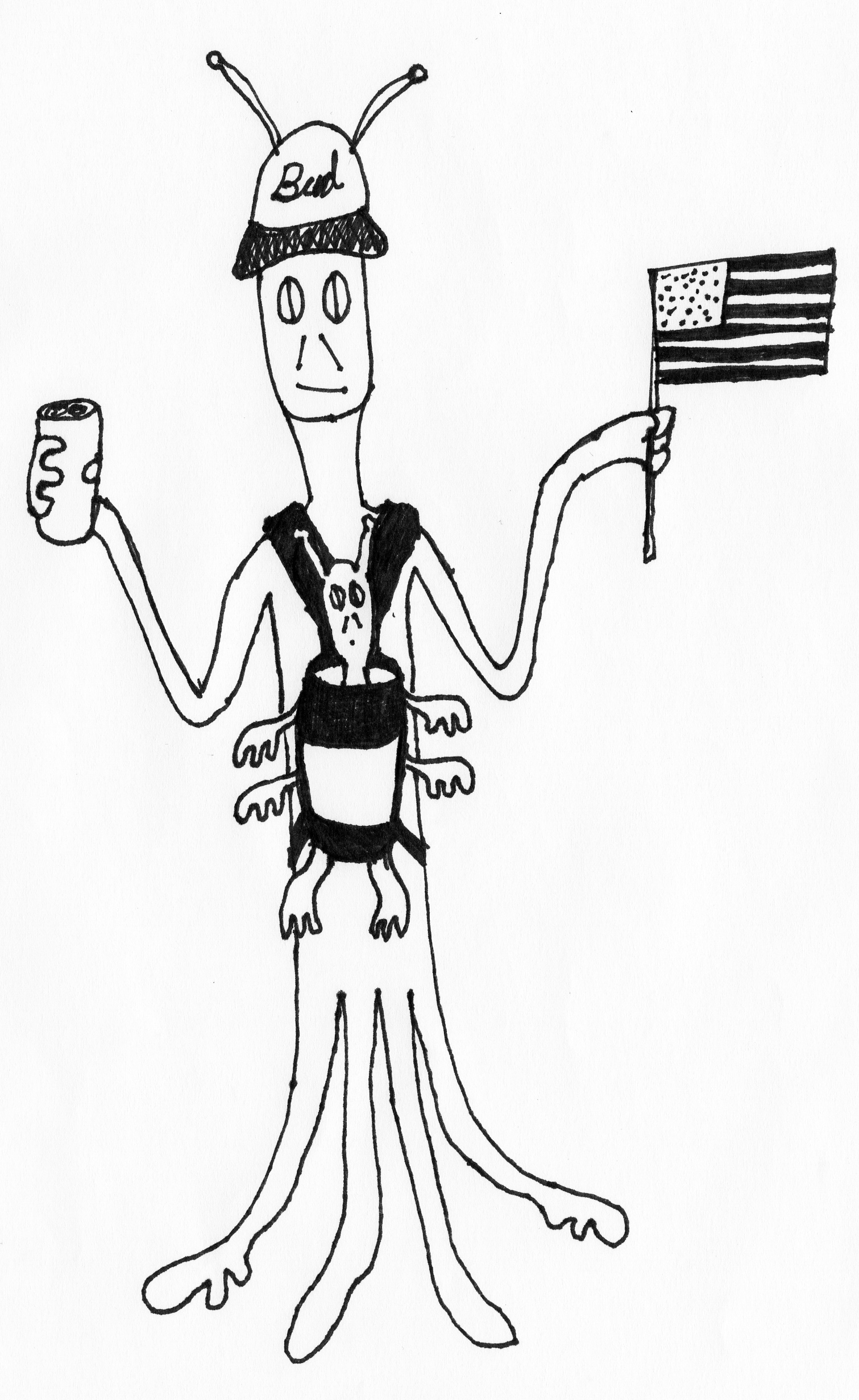 After months of speculation, it is apparent that aliens are succeeding in their sinister plot to conquer America, The Greatest Nation on Earth.  A spokesman for the Alien Defense Agency (ADA) claims several million aliens from the planet Theanus have successfully beguiled immigration officials and are now wreaking havoc all over the country.

The vermin are dropping anchor babies across the United States, with claims to inalienable rights to citizenship. Alien anchor babies, scheming little brats born of extraterrestrial parents seeking to leverage their child’s citizenship for personal gain, have been spotted crawling around urban areas squealing in various pitches to summon their slimy parents. Residents are now feeling the effects of their presence as the blatant hijacking of American jobs and tax dollars continues.

“These damned extraterrestrials want one thing and one thing only … our jobs!” Dexter Blinks, a Texas resident said.

His opinion reflects many peoples’ fears the aliens’ excessive ambition now stands in the way of working-class citizens. In this economy, the line of recent college graduates looking to put their freshly printed political science diplomas to work at their local Burger King has no end.  Even getting into college now proves an arduous task as the aliens look to rob us of our education as well.

After her recent arrest for driving a truck into the admissions office at Countryside Community College, parent Sally Perkins commented:

“My boy applied to one school with a 2.5 GPA and very high ACT score of 19, and didn’t get in. This is outrageous.  I know these extraterrestrial folk is the reason why. But they can’t even speak English!”

Now even global warming joins the long list of proven side effects from the foreign invasion.  The aliens’ new discovery of our human technology and experimental use of cars has sent vast amounts of CO2 into the atmosphere, killing thousands of innocent polar bears and filling the lungs of children with harmful toxins.

As if taking our jobs, our education and contaminating our atmosphere didn’t suffice, the brazen bums jump at any chance they get to remind us of their pendulum-like boot constantly striking our balls. It’s everywhere: the shimmering sign reading Bishmano (alien for “bathroom”), or the radio station spewing out irritating alien pop music —

inescapable signs they are taking over. It’s even driving some people insane.

Much like Arizona law SB 1070, U.S. lawmakers are considering drafting a bill that would require new aliens and their anchor babies to carry citizenship documentation at all times or risk immediate deportation from the planet. More and more stringent action like this will work well to wipe away the pervasive filth muddying our society.

“Round ‘em up and give ‘em the boot!” cried hundreds of supporters at a Young Americans for a Better Future rally last week. The “round-and-boot” method seeks to put hundreds of ex-cowboys back to work as they tour farms all over the nation, lassoing aliens and guiding them toward Kennedy Space Station in Houston, Texas.  The pack would then board the newly built “Savior Shuttle” for a one-way trip back to their third-world homestead.

Former presidential candidate Mitt Romney prefers the self-deportation method for the new alien minority. Romney hopes aliens will one day take it upon themselves to pack up, remove their baby anchors and travel home in their ramshackle, flying cardboard saucers.

“This plan uses the least amount of taxpayer dollars and proves the most practical compared to other methods,” said self-deportation activist Terrance Johnson. If the moral revelation doesn’t surface naturally, incentives can certainly be provided. With no jobs, no money and a realization the “American dream” is only for Americans, the aliens will see the same familiar, hopeless outlook they experienced in their homeland.

Once these vagrants leave, the results will benefit everyone. With abundant jobs in fast food, construction and agriculture opening back up, Americans will be able to return to their low-paying and menial, yet honest jobs. And if they don’t leave, aliens will soon learn that adopting the American dream comes with a broken economy, a struggling job market and eventual obesity.

Spencer Pereira is a freshman IMC major who refuses to press 1 for English. Email him at spereir1[at]ithaca[dot]edu.