Home IssuesLanguage Raw from the Saw: The Perks of Being a Wallflower
LanguageMinistry of Cool

Raw from the Saw: The Perks of Being a Wallflower 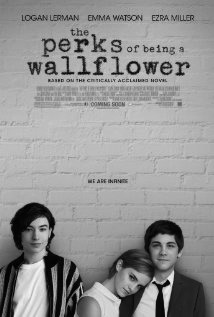 The Perks of Being a Wallflower, published in 1999, has become a celebrated coming-of-age story during its 13 years in print. The character of Charlie became a modern-day Holden Caulfield for this generation’s lost souls — that is if Caulfield had incredible taste in ‘90s indie music. With a cult following of fans personally invested in these characters and their struggles, there was pressure to create a film that honored the book’s raw honesty and truth. Cue the 2012 film adaptation, which was adapted and directed by Mr. Chbosky himself.

The film version of The Perks of Being a Wallflower managed to remain as candid, sincere and un-cliched as the novel, while transcending the limits of pages through excellent performances and gorgeous filmmaking. Logan Lerman portrayed Charlie with charming likeableness yet unexplainable darkness; although his veiled past is hidden until the film’s end, he elegantly hinted at his history with brilliant subtlety. Viewers forgot Emma Watson’s wand-toting, broom-flying theatrical past as she completely immersed herself into the character of Sam, perfectly channeling the character’s offbeat beauty and kind heart. The biggest scene-stealer, however, proved to be newcomer Ezra Miller in his comic turn as Patrick. Miller took the character to heights the book never could, bringing the audience to tears both from his unbeatable comic timing and exceptional dramatic scenes.

Chbosky could not fit all of the novel’s scenes into one film, yet shot all of them to ensure the utmost accuracy in storytelling. When the film was pieced together, some of the most memorable chapters were not included. However, they were not missed, the movie flowed with an unparalleled seamlessness. After the movie, I considered all of the neglected scenes, and realized that their inclusion would have interrupted the flow of the film. Because Chbosky is so invested in the story himself, he ensured the movie adaptation would best honor his work. Also, so many of the book’s lines have become famed in pop culture and run the risk of becoming trite. However, a simplicity in delivery created an understated grace to these quotes. “We accept the love we think we deserve” assumed a new meaning to devout fans.

The film was more than just a scheme to monetize an incredible novel; it acted as a visual accompaniment to a work that inspired dreamers worldwide. With three other Perks fanatics by my side, we walked into the theater with high expectations that were ultimately met. We were all too familiar with the scenes; we knew that Sam was going to stand up in the back of a pickup truck as it drove through Pittsburgh’s Fort Pitt Tunnel, and we knew that Charlie was going to look back at her in awe.

Still, in that moment, I swear we were infinite.