All Rhyme, No Reason 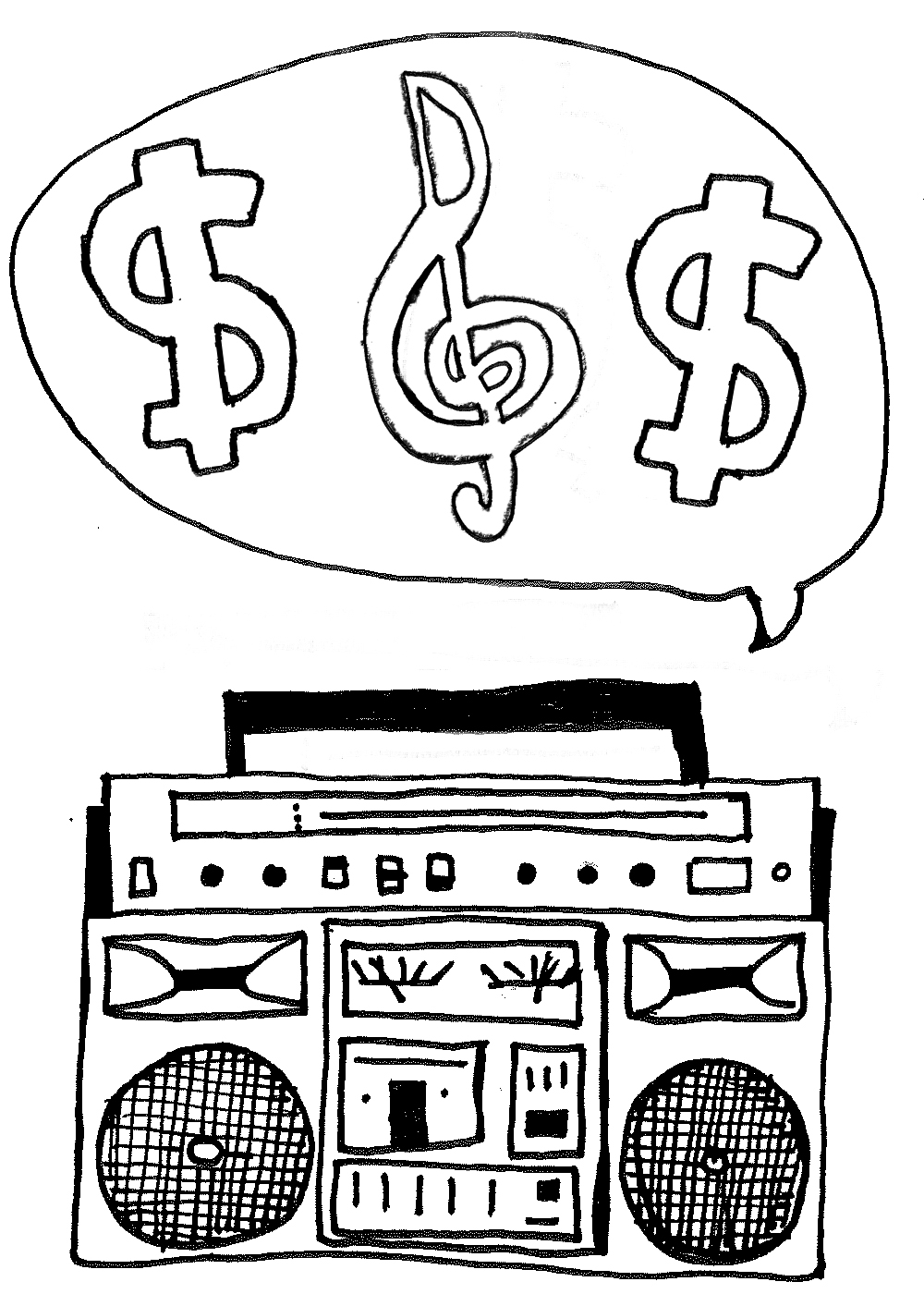 A deeper examination of the meaning of rap lyrics

I heard these lyrics blasting in a cab out on a field trip to the gorges with my seminar. The driver was playing the song at full volume, almost drowning out any conversation and yet no one seemed to notice. Racial slurs, negative images of women, and the markers of capitalist oppression were pouring out of the stereo and all I could think was, “does no one else hear this? Am I hallucinating?” Talking to people about race in hip-hop and rap music had turned on the lights for me, and suddenly I was “That Person,” the one who complains about things like capitalist oppression on the radio.

So I’m sorry, in advance, for making you “That Person.” But once the lights were on, I at least, couldn’t turn them off.

When I first contacted Edward Rhymes, director of race relations and advocacy for the YWCA of greater Pittsburgh and author of When Racism is Law and Prejudice is Policy, to discuss an article he had written about language use in rap, he laughed.

“That article,” he said. “Everyone always wants to talk about that article.”

And for good reason; Rhymes has taken on the position that language in rap is not the issue — it is corporate rap that we ought to be scared of. The problem is not that rappers use racially charged language, it is that we only see this language. Rhymes said that language can be something that makes positive changes, but that corporate rap, controlled by the predominantly white producers, is not that change.

“It’s not a question of what the words are, but think about how many times you are exposed to that word,” he said. It’s the only image we get.

He argued that record companies have found a genius way to harness what people want and return it to them in a nice and easily processed package. Sure, songs are filled with violence, but none of it is directed at the cops. You can rap about shooting up as many crowds as you want, as long as they’re not white. This, he explained, is not the message rap or music in general should be sending.

Rhymes stressed, “Music takes us from where we are to where we should be.”

When rap music employs so frequently words with such a charged political past, it becomes important to consider where this language is taking us, and more importantly, whether or not that’s where we want to be.

Derek Ball, associate professor of communications studies at Oregon State University, agreed with Rhymes that violence is incorporated into rap but that the messages that might create real change are started within the labels. It’s a question of who we fund.

“There’s more great rap music … being made in this country and around the world than ever before,” he said, but noted that this music is never what we see. We see Kanye West, we see the people who labels are paying millions of dollars to keep producing. He saw this as censorship of a particularly dangerous nature.

Ball isolated two outlets for this music, one being black radio and one being the white left. However, he believed that black radio was still controlled almost exclusively by white interest and the white left as having “always had a problem with black radical expression.”

He said he believes that real rap, real expression, could never be integrated into the culture.

“I know I’m in the minority here,” he said with a sarcastic laugh. “My argument is that no, we cannot do that [integrate]; it’s part of the imperial, colonial mechanism.”

Ball felt that as long as there was money involved in music it would be censored, made more palatable.

So even if we do see racial slurs or bits of culture in rap, it is all mediated through the white recording labels.  There is no genuine sense of what Jessica Barros, assistant professor at Ithaca College, called “the black sound of language.”

She viewed rap as a way to express the black experience, a “form of black language.” So then every rap song, mainstream or underground (a distinction that Barros herself disapproved of, saying that with the internet it’s impossible to call anything underground anymore) is an expression of what it means to be black in America. The way she saw it, even those people who end up sponsored by large companies or became part of mainstream corporate America were a part of black culture.

What everyone agreed was that current rap music makes racial slurs and sexist language ever present. As Ball explained, “I can’t think of any other group whose most known racial slur would be welcomed as part of mainstream, prime time, program.”

While none of them supported further censorship, it seemed clear that there was discomfort around the popularizing of such a painful term.

Barros explained that this is part of what complicates the issue.

“Rap has made the word such a part of main stream culture, sometimes what people forget is it does belong to a certain history,” she said. “And there is a context to it and that context is important.”

Ball agreed that the emphasis belongs on the context.

“The context shifts, so a lot of times the language may sound the same but it’s deployed differently … other underground rap groups will use words like nigger and bitch and say fuck you … it’s a different context,” he said.

Ysabel Mullarky is a freshman applied psychology who thinks it is time for everyone to open their ears and their minds. Email her at ymullar1[at]ithaca.edu.

“I particularly don’t like the word nigger. I like less than that the use of the phrase n-word. I try to ask them [my students], of all the different things that descendants of Africans have tried to use to describe themselves, that is the one phrase or the one term that has been welcomed more than any by the mainstream. So … why is that?”
– Dr. Ball.

It is with this comment in mind that I chose to use leave the word nigger uncensored in this article. It is not used uncritically or without reference to the historic and current suffering it represents, rather, that the use of the term is meant to highlight a reality. To censor these racially charged terms would be antithetical to the aim of this article and to genuine representation of how race is discussed in this genre of music. My goal is to start a dialogue, not censor one; no matter how uncomfortable it may be.