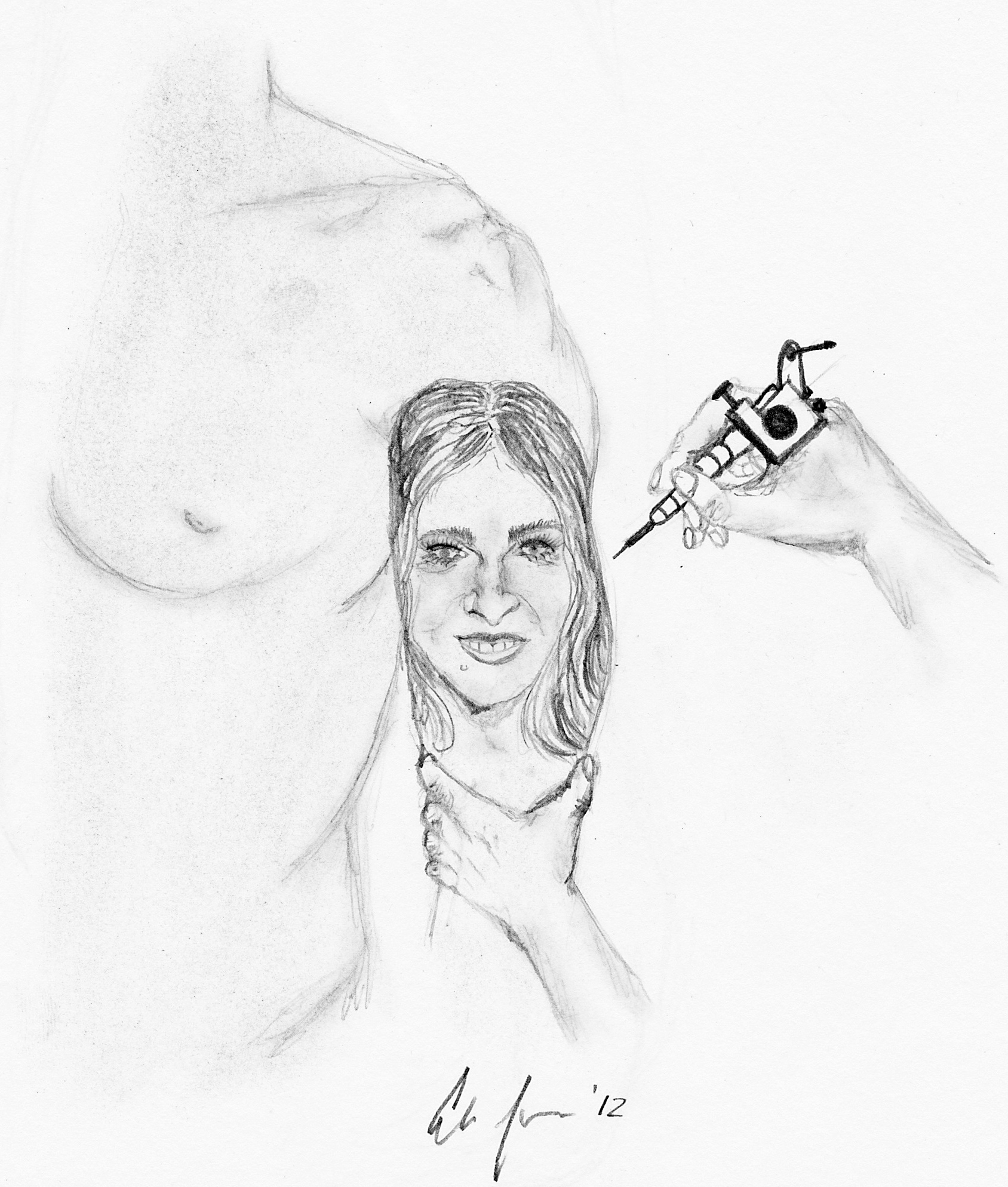 When tattoos get lost in translation

Earlier this week, Miami Ink fans and tattoo enthusiasts everywhere were shocked when legendary D.J. Screwdriver, tweeted something unforgettable. According to Screwdriver’s twitter, “that mother-lovin’ Kat Von D sucks at tats #learnchinese, #thinkbeforeyouink” to his millions of followers.

“It was never quite clear to me why whenever I was on tour in Shanghai or walking through China Town, people were obviously avoiding my gaze. Now I know the cold, hard truth,” Screwdriver vented to the press. “Despite what my friends may tell me to make me feel better, I know I’m hated by all Chinese people.” Screwdriver explained, choking up to our interviewers. “Who could love a big, stupid necrophiliac?”

Journalists were also lucky enough to speak with the D.J.’s current girlfriend, to ask what she thinks of the tattoo incident.
“I always knew what my sweetheart’s tattoo meant. I majored in Mandarin in college. I just never questioned it. In fact, it was always the reason why I get so festive for Halloween every year. I assumed it was a turn-on for him to have so many fake corpses and plastic skeletons around the house,” the D.J.’s girlfriend explained.

Since the discovery of Screwdriver’s tattoo tragedy, Kat Von D has been hiding out in her Hollywood apartment, humiliated, sulking and blaming her childhood.

“First off, I would never do anything like this on purpose,” Kat said sternly through her tears. “I’m blaming this entire situation on my mother. She convinced me to take Latin throughout my years of school, rather than Chinese. If I had taken Mandarin Chinese, none of this crap would have ever happened!”

The D.J. and famous tattoo artist are trying to move on from this tragic, inky mess, and after hearing her apology, Screwdriver agreed to stop publicizing Kat’s mistakes. Kat Von D ended up agreeing to give him a larger tattoo for free, to cover up his “necrophilia” character.

Screwdriver put a lot of thought into what he wanted to cover his left bicep, and he chose a very large, realistic portrait of Sarah Jessica Parker’s face.

Is a tattoo of SJP’s face better than “necrophilia” in Mandarin Chinese? For D.J. Screwdriver’s sake, hopefully it will truly get him some “Sex in the City”— at least more than his other tattoo did.

Lizzy Rosenberg is a freshman CMD major who will stick to henna tattoos for now. Email her at erosenb3[at]ithaca[dot]edu.