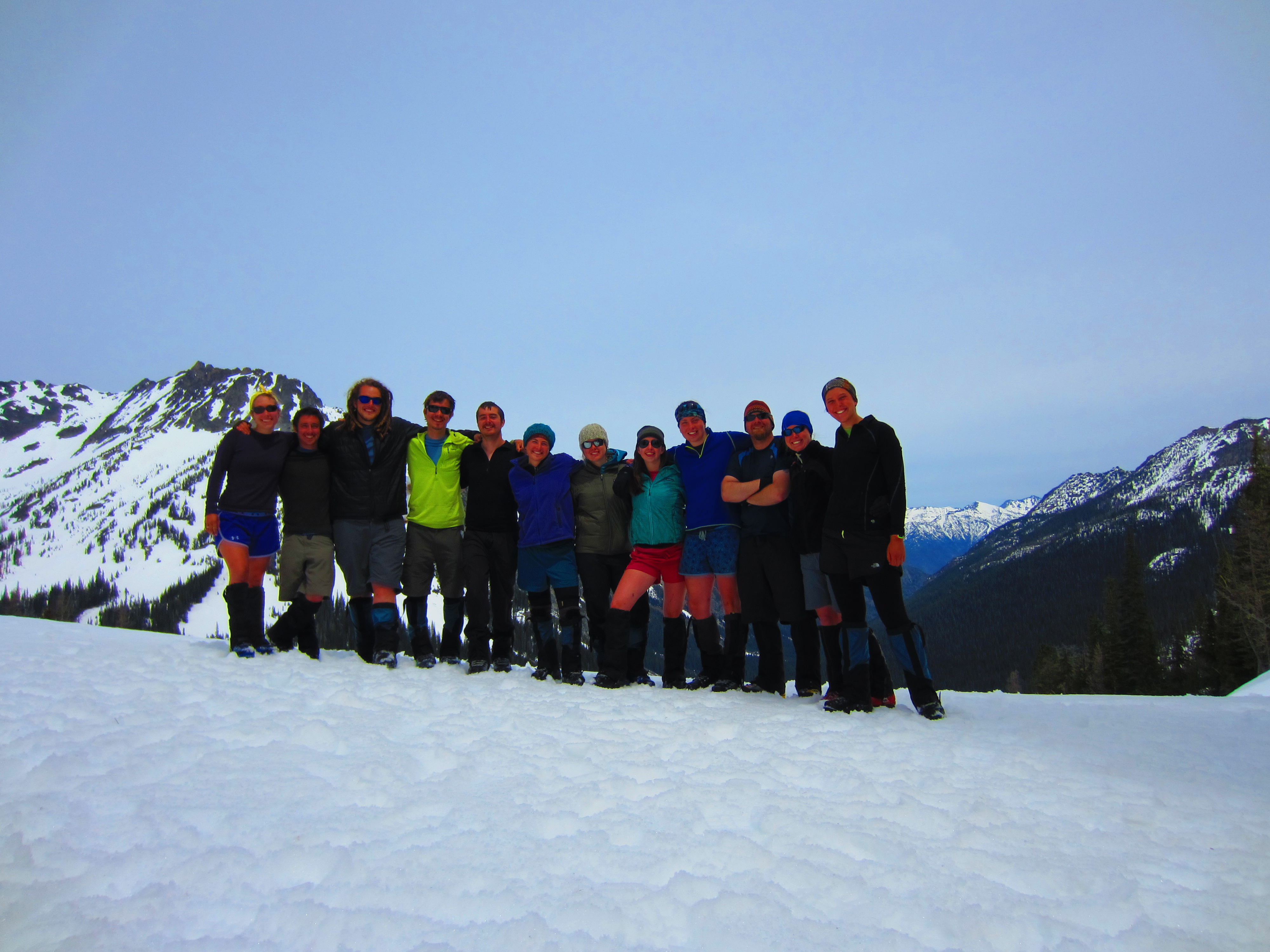 “So what do you plan on doing with that? Is it like camping for the rest of your life?”

This is a common reaction I get when I tell people I am an Outdoor Adventure Leadership major. There is an assumption made by many as soon as they hear it: we make fires, go camping and share spooky stories — all the while paying $50 grand a year for it. What people don’t know is that this is a growing collegiate program gaining popularity across the country. And yes we do go camping, but it is the world of things that we do through these outdoor experiences that shape our learning experiences.  Throughout the first couple of years, we take classes in establishing programs, communicating with small groups, being in an administrative position, and learning the history and philosophies about the outdoors. Then comes junior year: Immersion. This is the OAL semester where about 10 students and two instructors head out into the beautiful western U.S. for an 18 credit, four month semester. This past spring we spent three weeks sea kayaking in the San Juan Islands, took a white water rafting guide course, a Wilderness First Responder course, a Leave No Trace Master Educator course during 10 days of rock climbing and three weeks mountaineering in the North Cascades National Park — all of this in Washington state. We do extensive leadership training; we evaluate our own group dynamic and learn to teach; and most of all we learn about ourselves.

Will Holets, 2012 OAL grad, said tent groups are a microcosm of society. That rings true in every experience that Immersion has to offer. During the backpacking trip, the members of a tent group split up group gear such as stoves, fuel for the stoves and tent pieces. Without the person carrying the stove, the person carrying the fuel would be useless. Someone else carries breakfast; one carries lunch items; the other carries dinner. Without this cohesive effort and these equal contributions, the group would not survive.

OAL creates a group of passionate individuals who take that passion into any career they may follow. Some people take this major into the health fields, some into politics and others into education. It has become diverse and applicable to all interests. We leave Immersion with a strengthened passion for the outdoors and our specific areas of focus.

Chris Pelchat is the brain behind Immersion and our entire curriculum. He came into this program when it wasn’t much and made it one of the top programs in the country. He has taken Immersion to Florida and Utah, and then brought it to its longest known home: the beautiful state of Washington. Chris’s progress of Immersion and the OAL program has become tougher as Ithaca College gave him less and less room to maneuver. There was even an attempt in fall of 2011 to move the Immersion semester to the Adirondack Mountains, which caused an uprising of OAL students to demonstrate their passion and prove to the administration why we need this semester in a far-away, challenging place. Chris stood up to many challenges over the years, but when a recent job offer at Stanford University’s outdoor education program came about, he couldn’t refuse.

There was an email sent out to the entire Recreation and Leisure Studies department on Tuesday, September 25th. I remember seeing it on my phone. I stopped in my tracks and I froze. It just didn’t seem real that Chris, who has done so much for this school, was leaving in a week. I was frazzled for the next two hours, counting down until I was able to go talk to him; but once that time came, I could feel nothing but happiness for him. He was given the position of Director of Outdoor Education at Stanford University, he was in a position where money didn’t matter and the school wanted him to do whatever he dreamed of doing  —  something IC always had a hard time with.

Immersion will continue on and the program will continue to grow. This coming semester, Patrick Lewis, the newest faculty member of the RLS Department, will be leading Immersion all over the western United States. “It gets into teaching through activities, not about them. For me that was a breakthrough,” Lewis said. He will be working with his previous employer, Colorado Outward Bound, travelling from Colorado to California and Utah while doing a wide variety of activities including rock climbing, canyoneering and white water rafting. Lewis is excited for Immersion, but the creator of the program will be missed. 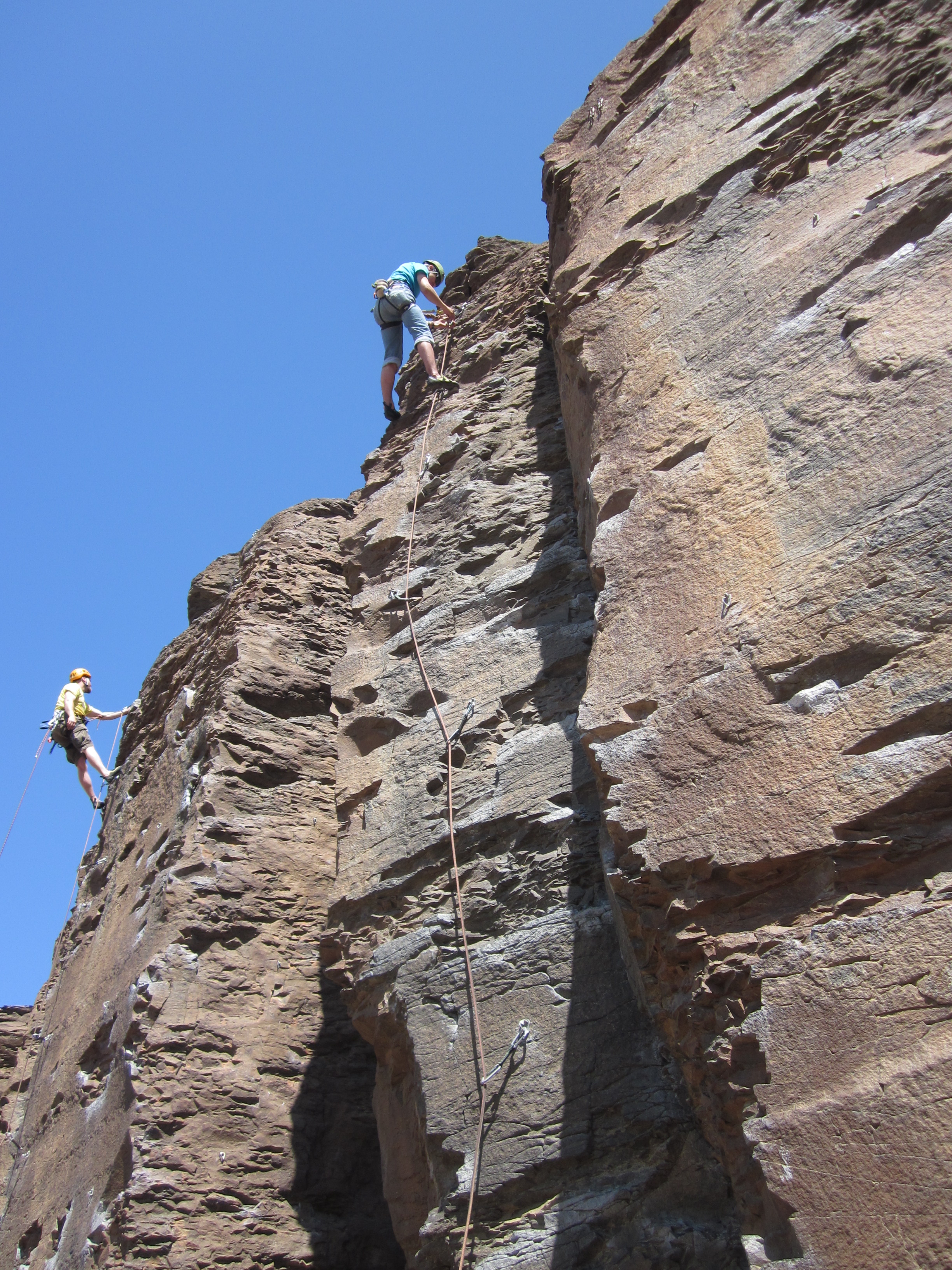 Chris has been a teacher and advisor to me since day one of freshman year, but it wasn’t until fall of junior year when everything got exciting. Fast forward to February of 2012. Chris and a few other OAL majors were at the Wilderness Education Association conference in Colorado, and it was the day to leave for Seattle. Stepping off the plane felt monumental, and we had no idea what we were getting ourselves into. Immersion, this “thing” Chris created, turned into one of the most incredible experiences of my life.

What an amazing evening we had on Clarke Island. After a long day and the earliest wake up of the trip, we arrived on this island before noon, and everyone was in need of a nap. We had the entire afternoon to relax and explore this tiny island. We had class that afternoon as well, which was a discussion about the book we were reading called The Wisdom of The Wilderness. My tent group and I were eating dinner on the beach, sun setting behind us making Mount Baker, the awe inspiring volcano on the main land, light up in orange and red. We were sitting in silence because we were all embracing this memory. That was a perfect moment. Well I thought it was perfect, but then we heard someone screaming and jumping. “WHALES! WHALES! WHALES!” they yelled.  I looked out over the water and there they were. There was the beautiful sight of black arcs skimming the surface of the water and seeing the blow of mist. Orcas aren’t typically around so early in the season, but there they were for us. Everyone stopped what they were doing, stood in silence and just watched.

He left on October 3rd, right after our class. The same class he had with all of us from his very last IC Immersion, and now his very last class at IC. It was such a strange time because we all knew class would be leading to a goodbye. We had the usual discussions, but then it was 6:30 p.m. and time for us to part ways. This goodbye was similar to the goodbyes at the airport when we all left Immersion. We had just spent so much time together that we almost expected to see each other again in a day or two, but this was it. We stood out in the hall, and we gathered around and took turns exchanging hugs. “Thank you Chris, for everything. Thank you so much.” That was all I could really get out at the time.

Chris became more than a teacher to us. As he said, we became a family. He taught us so many things during that immersion semester and it didn’t stop there. Chris has taught me hard technical skills, and innumerable life skills. He has left a significant impression on me, and I know that I’ll have the opportunity to work with him again. For all you’ve done Chris, for all of us, I thank you.

Ryan Butler is a senior OAL major who likes flannel Fridays, whales and the beautiful state of Washington. Email him at rbutler1[at]ithaca[dot]edu.