Just My Cup of Tea 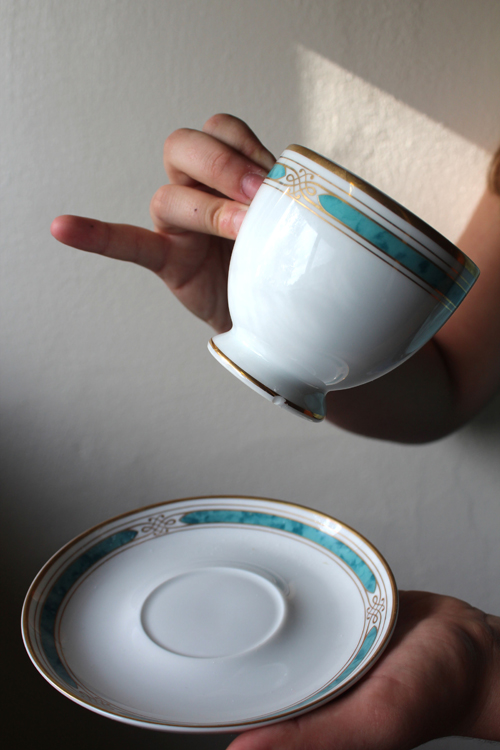 The vast difference of tea’s role across cultures

Green, black or herbal? Cream or sugar? Perhaps some honey? From fine china to travel mugs, tea can be found across the globe and each society has a special approach to tea drinking. There is a culture behind tea, from the United Kingdom to the countries of Asia. But in the U.S. tea is a commodity, not a cultural tradition. There are no ceremonies to celebrate the brew, no customs on how it should be consumed. In fact, the U.S. lacks any connection to tea beyond drinking it.

Mehtasim Mahfuz was born and raised in the U.S. She attended a public high school in Binghamton, N.Y. and is now a pre-medical student at Stony Brook University. But Mahfuz’s family is from Bangladesh. Her family moved from the Asian nation well before Mahfuz was born and immigrated to the U.S. in 1988. She was raised very much immersed in that culture despite the fact that her family was living in the U.S.

“We eat Bengali food at home, speak Bengali often and treat people in a typical Bengali manner,” Mahfuz said. “Respect is huge in Bangladesh, especially with your elders. There are suffixes that we add to the end of elders’ names, like in Japan, and I do that with people even if we speak English with each other.”

Mahfuz said her culture plays a large role in her daily life, and a part of that culture is tea.

“Bengalis love chai,” Mahfuz said of their tea of choice. “If you ever go to a Bengali’s house, they will almost always ask you if you would like chai.”

Beyond the social custom of offering chai tea to guests, there are other specifics to the tea consumption.

“There aren’t any specific cultural ways of actually drinking the tea,” Mahfuz said. “However, most people drink with their right hands for religious reasons, [as a] majority of Bengalis are Muslims.”

The ability to brew chai is also a sign of a woman’s “housewife capabilities,” Mahfuz said.

The connection between tea and society is not limited to the people of Bangladesh. Chinese tea ceremonies are multidimensional and an important part of the Chinese tradition. According to Seven Cups, a fine Chinese teas shop, there are six major dimensions of performing a Chinese tea ceremony — and it is a performance.

The person performing the ceremony should have “a happy and confident demeanor” while brewing the tea in “a graceful manner reflected through hand movements, facial expressions and clothing.”

Unlike the Bengali tea of choice, chai, Chinese tea ceremonies utilize multiple teas depending on the occasion.

“There are many considerations when selecting the right tea,” according to the Seven Cups website. “In addition to fragrance, shape and taste, the tea should have a beautiful story and name.”

This elaborate ceremony is vastly different from the U.S. choice of which Tazo tea to select at the local Starbucks. Even the United Kingdom, a place where high tea is a regular occurrence, doesn’t have as fanciful a ceremony as the Chinese. Though, they do have crumpets.

Denise LeCroy, the author behind the recently-launched Tea in England, grew up in the suburbs of Chicago but married “a tea-drinking Brit” and moved to England where she now resides and blogs about all things tea. Denise is also a UK Tea Council Tea Masterclass graduate, which she explains in the blog as “when it comes to tea, I can talk for England.”

A recent post about the British tradition of afternoon tea took a fancy take as she voyaged for “Afternoon Tea at Sea,” a tea time aboard the Queen Mary 2 ocean liner. Denise described the unique experience of afternoon tea at sea in her post.

“Afternoon Tea is served at 3:30 every afternoon on the Queen Mary 2,” she wrote. “When everyone is seated, white gloved waiters emerge carrying pots of tea and silver platters with sandwiches, scones, and cakes.”

While not all afternoon tea experiences in the U.K. include white gloved waiters, the tea drinking experience is an affair in its own right.

These customs and cultural traditions of tea drinking carried over to the U.S. through immigrants but have not become a uniquely American tea drinking culture. Perhaps someday there will be a specific brew favorited by U.S. residents as the case with the Bengalis. Or serving tea could develop into a performance rather than simply a way of sustenance. White gloves would be a fancy addition for U.S. tea drinkers who may pass on the crumpets.

Whichever custom develops, it is high time that the U.S. has a tea culture rather than just tea drinkers.

Kacey Deamer is a senior journalism major who thinks the tea party should stay in Wonderland. Email her at kdeamer1@ithaca.edu.