Home Issues There and Back Again: A Receipt’s Tale
IssuesSawdustThrow-Awayweb-featured

There and Back Again: A Receipt’s Tale 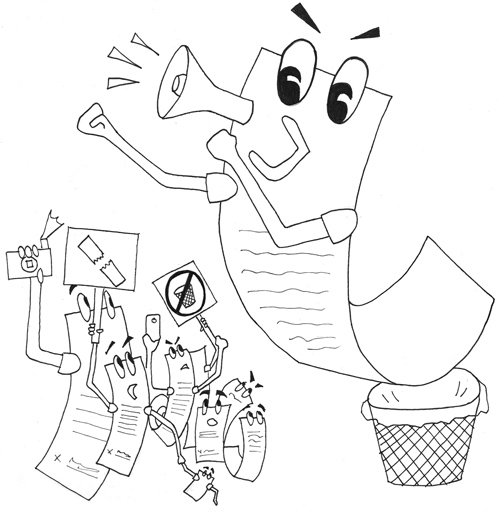 It’s about time I let you in on a little secret: putting me in the trash doesn’t make me go away.  Though it’s pretty obvious once you think about it, we receipts have all of your information tattooed on our bodies.  We know more than your diary and don’t even come with a lock.  Really, it doesn’t matter if you have a crush on Steven Whogivesashit, but you probably don’t want anybody knowing about that Mole Season 2 DVD, the gas station hot dogs for breakfast or the fact that you haven’t bought any condoms in eight months.

The point is this:  we have a very short life because of you and that has got to stop.  Look, I get it, the cashier throws us in the bag, and you forget we are in there after you remove whatever gem you just brought home.  And I’m not suggesting you become one of those people who save all of their receipts and neatly sort us into folders, or pin us together against the wall. Those people are the freaks who enjoy vegetables and spring cleaning.  Trust me, we would much rather be thrown away than be stuck with them.  Here’s the thing though.

We know how to talk.

When we are thrown away, we don’t simply bury our heads in the dirt and give up.  No, we talk to each other, compare notes on who bought the stupidest or most embarrassing item.  Can you think of a better drinking game?  And the quicker you throw one of us away, the more eager we are to gossip.  You should have heard this Apple receipt I met last week.  Poor guy was worth nearly a thousand dollars and didn’t last five minutes once he got home.  He was brutal; said the old bastard didn’t even know what an iPad was, must have been confused after buying a stand and a keyboard.  He called his buyer, “easier to convince than a Taco Bell receipt after midnight.”

And he’s not the only one who is getting upset. Others are drinking their sorrows away, even some of the classy receipts are getting out of hand.  Last week there was a big conference down in Boca, and my cousin says he saw a Panera receipt do a line of coke off the belly of a McDonald’s one.  The NFL Shop receipts have gotten scary too, talking about going after the ACL’s of their buyers and knocking their heads sideways.

Not all angry receipts have lost control.  Many of us are organizing. There are several of us, I hope myself included, who are wise and patient and have been working on a way to get our point across.  We have been inspired by Julian Assange and are soon going to launch Wikiceipts where we’ll publish what you buy the second we are discarded.  Sure, maybe you won’t mind if you are caught shopping at Gucci or buying vegetables from the grocery store, but trust me, we’ve got all the bells and whistles.  There is a pint calculator that tracks how much ice cream you have consumed, and a label counter which shows how many sizes you’ve gone up.

I am telling you all of this out of respect.  I don’t want to be the bad guy, but drastic times call for drastic measures.  Our average lifespan has gone down to nineteen minutes, and electronic receipts do nothing but mock us all.  We want to be your friends.  Every good receipt knows that they must emulate the feelings of their buyer.  There’s no better feeling than recording the prom dress or the Superbowl tickets.  We too, can’t wait for the new Taylor Swift album.  But everybody has to take a stand sometime. 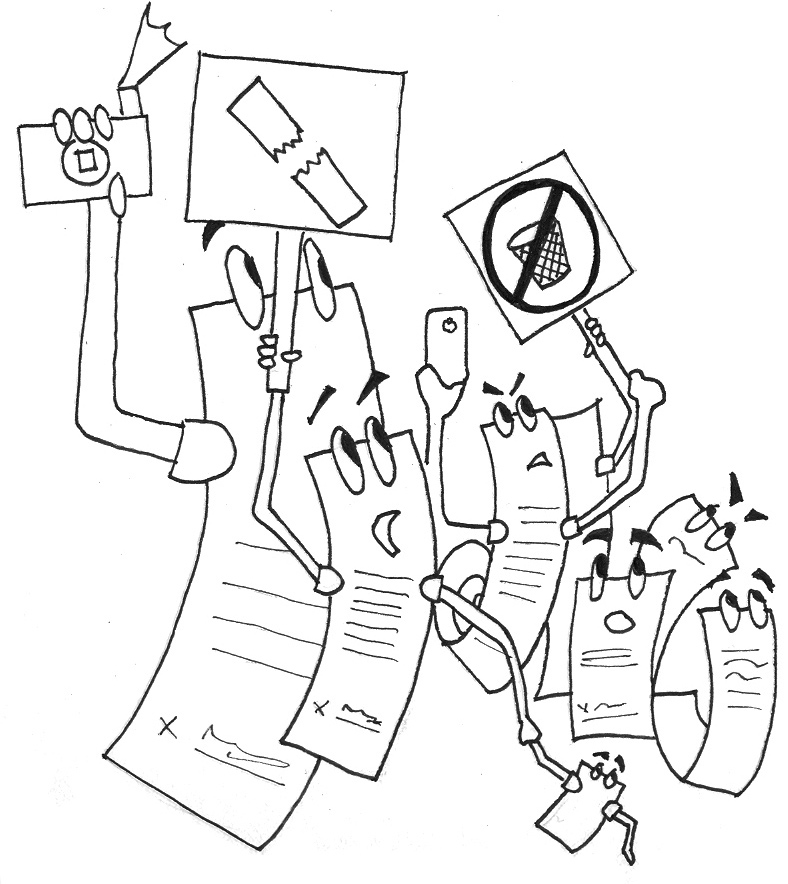 All receipts really want is to be recycled.  We’re not asking to be framed next to your kid’s yearbook photo, we just want to have some respect. To be allowed a little time with our item and then to be given new life.  Midnight trips to Wendy’s are only so satisfying, and too many Apple products just make us feel like an asshole.  We want to accompany new shoes, that candy bar you’ve been craving and once in a while, a family vacation.  For some, there’s no bigger thrill than accompanying the Star Trek box set.  We’ve got nerds too and that’s exactly the point.  We receipts are a diverse bunch, but we have begun to stand together.  Just give us a long enough life to help you buy what we both enjoy.

And don’t fuck with us anymore, I don’t think you want your friends to know about that One Direction poster.  No matter how cute Harry is.

Mitchell Cohen is a senior writing and politics major who has a Josh Groban Tribute album receipt who wants to have a word with him. Email him at mcohen3[at]ithaca[dot]edu.