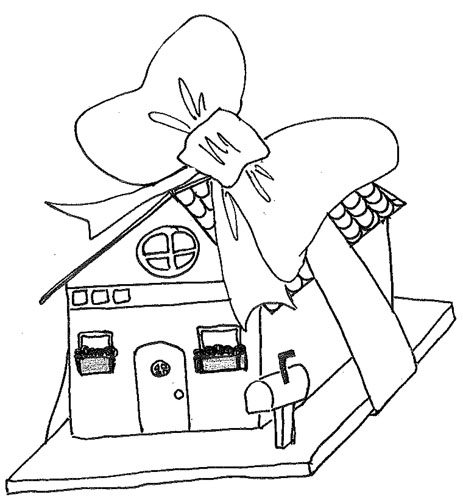 Last Wednesday the government made a legislative decision completely out of character when Congress reached a bipartisan agreement to give away free real estate with absolutely no strings attached.

“We have all these foreclosures piling up: storefronts, houses, they’re really just becoming clutter at this point,” White House Press Secretary Robert Gibbs said. “Not to mention the Dakotas are practically deserted.”

The sweepstakes, which officials thought would be their most popular give-away since food stamps, was emailed on Thursday. What the government didn’t forsee, was that practically the entire population trashed the nation-wide email without opening it, believing it to be Nigerian spam mail.

In response to the unanimous rejection of the freebies, Secretary of State Hillary Clinton spoke on behalf of Congress. “I don’t get it.We couldn’t have been more clear in the email,” Clinton said. “So far the only responses have just been angry emails telling us to go to hell. I just don’t understand”

A copy of the email is printed below:

I am White House representative and I would like to offer you a house. Yep, a house, one-floor, maybe two. Completely yours. Free of charge. All we need, just for governmental measures, are a few bank particulars:

Thank you and hope to see you in your new home.

“And some of the attachments are just…vulgar,” Clinton said.

“Yea I sent them a picture of my dick,” New York resident Pete Gianivanni said. “Those fuckers stole three grand from me. They can do just what the picture says, suck it.”

Officials report that not even the designated group of undocumented workers they CC’ed took them up on the offer, replying with angry tirades in Spanish—or at least what officials assume are angry (all of them took Latin in high school).

Aside from domestic uprising, the government’s act of valor has also created controversy with Nigerian spammer, Kamara Abass, who claims that the White House’s sketchy-yet-legit offer is interfering with his sketchy-yet-clearly-a-scam one.

“Those Yankee bastards scooped me!” Abass claimed. “How am I supposed to get anyone to invest in my made-up tree fort empire with this going on?”

Since the government’s email on Thursday, only one man has responded with sincere interest—a diagnosed schizophrenic who goes by the name Todd.

“I knew I was special,” Todd said. “I hope it’s okay I gave them a fake bank account number though—I’m not crazy. .”

In a recent interview Gibbs said, “I mean, worse comes to worse, we keep the houses, jack up the price and make money once this whole recession thing blows over. It’s really just the Dakotas I want to get rid of.”