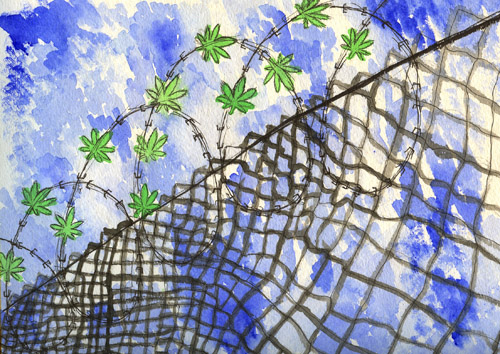 Hartford, Connecticut, 1967. Eighteen-year-old Clifford Thornton, Jr. is just two weeks away from graduating high school. He and his brothers are eating Sunday morning breakfast when there is a knock at the door. It is Thornton’s grandmother. After exchanging the usual pleasantries, she instructs the gentlemen to follow her. She drives them to a field of abandoned cars. Underneath one of the cars lies the body of a naked woman, dead from an apparent heroin overdose.

It is Thornton’s mother.

There are no words to describe this feeling. The event had a life-changing effect on Thornton. When he came to his senses, there was one thought that came to mind: All illegal drugs should be eradicated from the face of the Earth.

Three years later, Congress would pass the Comprehensive Drug Abuse Prevention and Control Act of 1970. In 1971, Richard Nixon would first use the term “war on drugs” to describe the government crackdown on drug abuse. “We must wage what I have called total war against public enemy number one in the United States: the problem of dangerous drugs,” Nixon declared during a press conference in 1972.

In 1973, the Drug Enforcement Administration was created to enforce such laws. The goal of the war on drugs was to deter consumption, production and distribution of all illegal drugs. Over the years, however, Thornton noticed that the war on drugs had done little to solve the problem of drug abuse and, in fact, had made the situation even worse.

“As I watched my native Hartford, Conn., go downhill decade after decade, seeing more and more money being put into this drug war, arresting more and more people, I began to study the issue even more,” Thornton said.

In 1995, Thornton founded an organization called Efficacy, a nonprofit group that promotes drug policy reform through education. In 1997, he left his job at a telephone corporation to pursue his passion of drug policy reform, and has been organizing and speaking around the world ever since. He is also on the advisory board for the National Organization for the Reform of Marijuana Laws (NORML).

“I retired early and have since dedicated my life to ending the war on drugs,” Thornton said.

The war on drugs has created a huge boom in the domestic prison population. With over two million people in prison, the United States has the highest incarceration rates in the world, a factoid that should be repeated by media outlets every day. The United States makes up just five percent of the world’s population, but it contains 25 percent of the world’s prison population. Since the 1980s, the U.S. has intensely ramped up its drug enforcement policies, incarcerating individuals for minor drug offenses, including drug use and possession. In 1986, Congress passed the Anti-Drug Abuse Act, which created a 100 to one sentencing disparity for crack vs. power cocaine possession. Today, over half of prisoners in the U.S. are locked up on drug-related charges.

Prisons have also become a booming business. State governments are turning to private prison companies to alleviate bloated budget deficits. If states let private companies run and operate the prisons, the logic goes, then that’s less money the state has to spend on public employees. The Corrections Corporations of America and the GEO Group Inc., the two largest private prison companies in the world, have been extremely successful in convincing state governments to privatize their prisons. The flaw in this logic is that states are still spending billions of dollars to maintain these growing prisons. The CCA and the GEO Group are two very powerful lobbying groups that have a vested interest in maintaining the war on drugs.

The state of California has privatized the majority of its prisons. In 2011, California spent more on prisons than it did on education, dishing out a whopping total of $9.6 billion to prisons, compared to $5.7 billion on higher education. California’s reincarceration rate is the highest in the nation, with seven in every 10 individuals returning to prison. 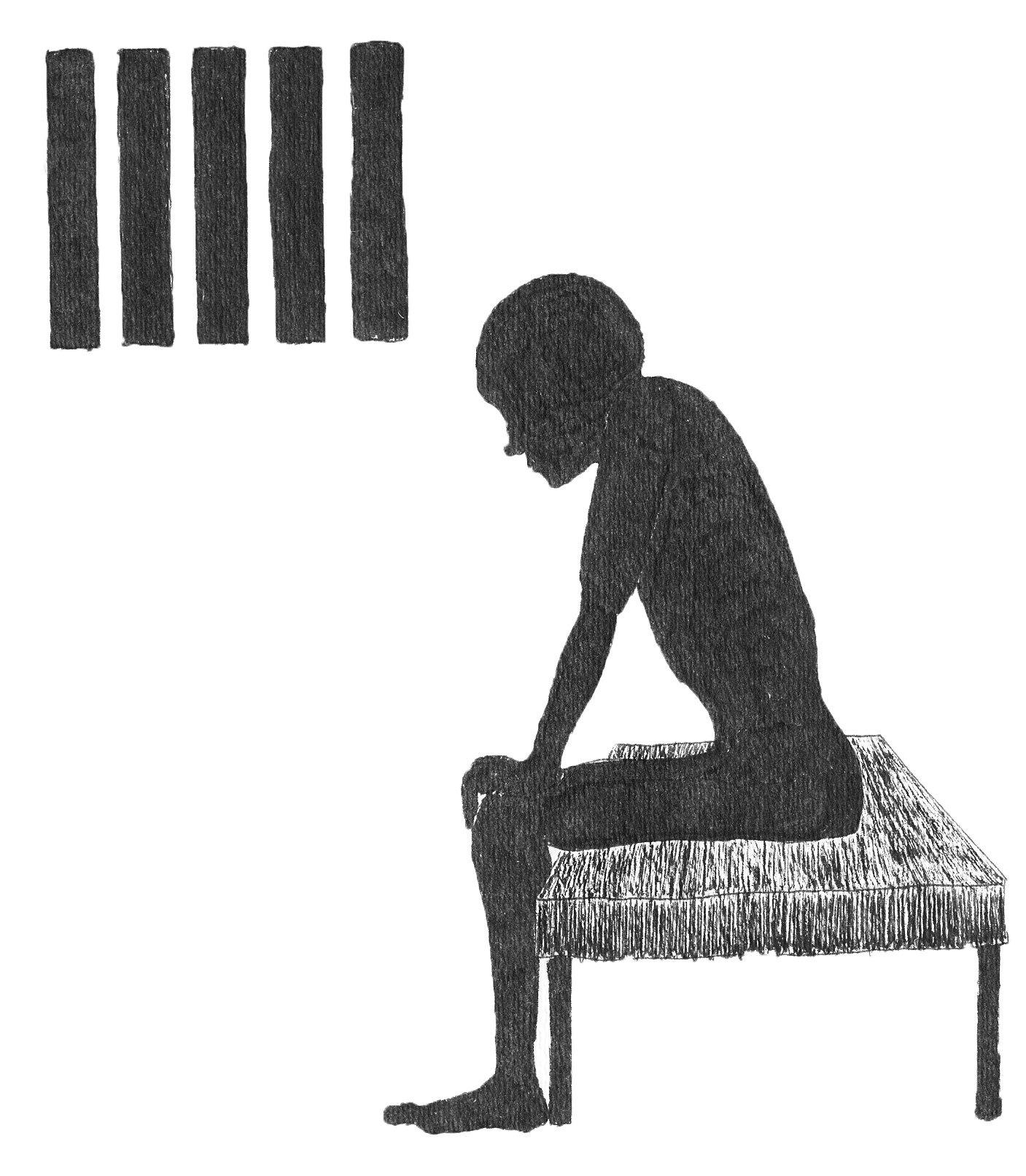 Rick Cusick, associate publisher of High Times Magazine, argues that the war on drugs is largely a war on young people, especially minorities.

“It’s a power trip in a lot of ways. Cops on the streets, judges on the courts, marijuana is a tool to them, their badge and a gun,” Cusick said. “They don’t want to give up that tool.”

“The war on drugs is mostly targeting people under 25, especially African-Americans,” Nison said. “They’re either minorities or young people. The rich upper class can do what they please, but if you’re young, black or Latino, you have to follow the law.”

About half of all federal inmates are serving time for drug offenses. The recidivism rates in the U.S. — the likelihood that an ex-convict will return to prison within a few years after being released — are around 60 percent. This is attributed to the fact that prisoners who are released are unequipped for post-prison life. Unemployment among ex-convicts is around 60 percent, with the average annual income at around $22,000.

“We should be focusing our attention on reducing recidivism rates,” Nison said. “The recidivism rates are extremely high, and it’s because they’re filling prisons three or four times over capacity, treating them like shit in these jail cells, and releasing them and expecting them to act like normal citizens.”

Some of the most vocal critics of the war on drugs are coming from the right. One of the most surprising public figures to come out against the war on drugs is Pat Robertson. An ex-Baptist minister and television evangelist, Robertson’s politics are often disputed even by those on the right. He has denounced homosexuality and feminism, and argued that people have the power to ward off natural disasters through prayer. But during his “700 Club” program on the Christian Broadcasting Network, Robertson denounced the war on drugs as a failed policy.

“I just think it’s shocking how many of these young people wind up in prison and get turned into hardcore criminals because they have a small amount of a controlled substance,” Robertson said. Hardcore conservative anti-tax lobbyist Grover Norquist asks, “How much do we spend on incarceration? Are we getting our money’s worth? What is the cost-benefit analysis?” Libertarian and Republican presidential candidate Ron Paul recently told an audience of over 4,000 at Cornell University that he thinks the war on drugs is more dangerous than the drugs themselves.

While public opinion continues to lean toward a policy of legalization rather than criminalization, drug policy has remained the same. Gil Kerlikowske, director of the Office of National Drug Control Policy, said he would no longer use the term “War on Drugs,” calling it counterproductive, and yet the same hardline stance toward drugs persists. At a recent summit in Central America, the presidents of Columbia, Guatemala, Ecuador and El Salvador called on the United States to end the drug war. President Obama rejected their plea, saying instead he would only consider alternative drug policies. Rather than learning from the lessons of the past, the Obama Administration has stepped up federal enforcement of drug prohibition laws, raiding dispensaries in states where medical marijuana has been legalized (federal law trumps state law), most notably its recent raid on Oaksterdam, a university in Oakland, California that trains its students for the cannabis industry.

The White House Office of National Drug Control Policy recently released its 2012 National Drug Control Strategy, and the template for drug policy remains largely unchanged. Despite the public outcry against the war on drugs, the Obama Administration’s drug policy is nearly identical to that of previous administrations. Almost 800,000 Americans are arrested every year for low-level marijuana possession.

When talking about the war on drugs, the discussion inevitably turns toward marijuana, and for good reason. Federal and state programs combined, about $12 billion is spent on enforcement of drug prohibition policies each year, and about $8 billion of that is directed toward marijuana.

Cusick argues that the war on drugs could not exist without marijuana.

“The war on drugs is a war on marijuana,” Cusick said. “The reason marijuana is still illegal is because too many people make too much money off the current system.”

Faced with record high numbers of HIV cases among hardcore drug users, Portugal decriminalized personal drug possession in 2001. Portugal began treating personal drug use as a public health issue rather than an issue of law enforcement. Drug addicts are targeted with therapy rather than punishment. While possession is no longer considered criminal, growers, dealers and traffickers are still charged with criminal penalties. Those caught with possession of small quantities of drugs are issued summons, and the user is treated as a patient rather than a criminal. While drug use initially spiked after drugs were legalized — mostly among people already using drugs — in the past 10 years drug use by teenagers has declined while treatment has doubled.

“Heroin maintenance stops crime and violence right there in its tracks,” Thornton said. “Once it comes under medical supervision, a form of legalization, it cuts out the drug dealers.”

Portugal’s overall success proves there are alternatives to prohibition to combat drug abuse.

“If [the war on drugs] was about getting people off of drugs, we would have effective treatment programs in this country,” Thornton said. “We don’t have them. The war on drugs is not about treatment. It’s about money, power and control.”

Despite the billions of dollars that have been funneled into federal, state and local anti-drug programs every year for the past four decades, the illegal drug industry is thriving, every drug is cheaper and more available, and drug use is at an all-time high in the United States. The facts are out there, and a recent Gallup poll found that 50 percent of Americans support marijuana legalization. While many Americans are not yet able to stomach the thought of legalizing hardcore drugs, the push for marijuana legalization is gaining popularity.

“We are at the tipping point,” Cusick said. “It’s no longer a matter of if the war on drugs will end, but when.”

Pete Blanchard is a senior journalism major that has only been to the slammer once. Email him at pblanch1[at]ithaca[dot]edu.