Various visions of the Occupy movements 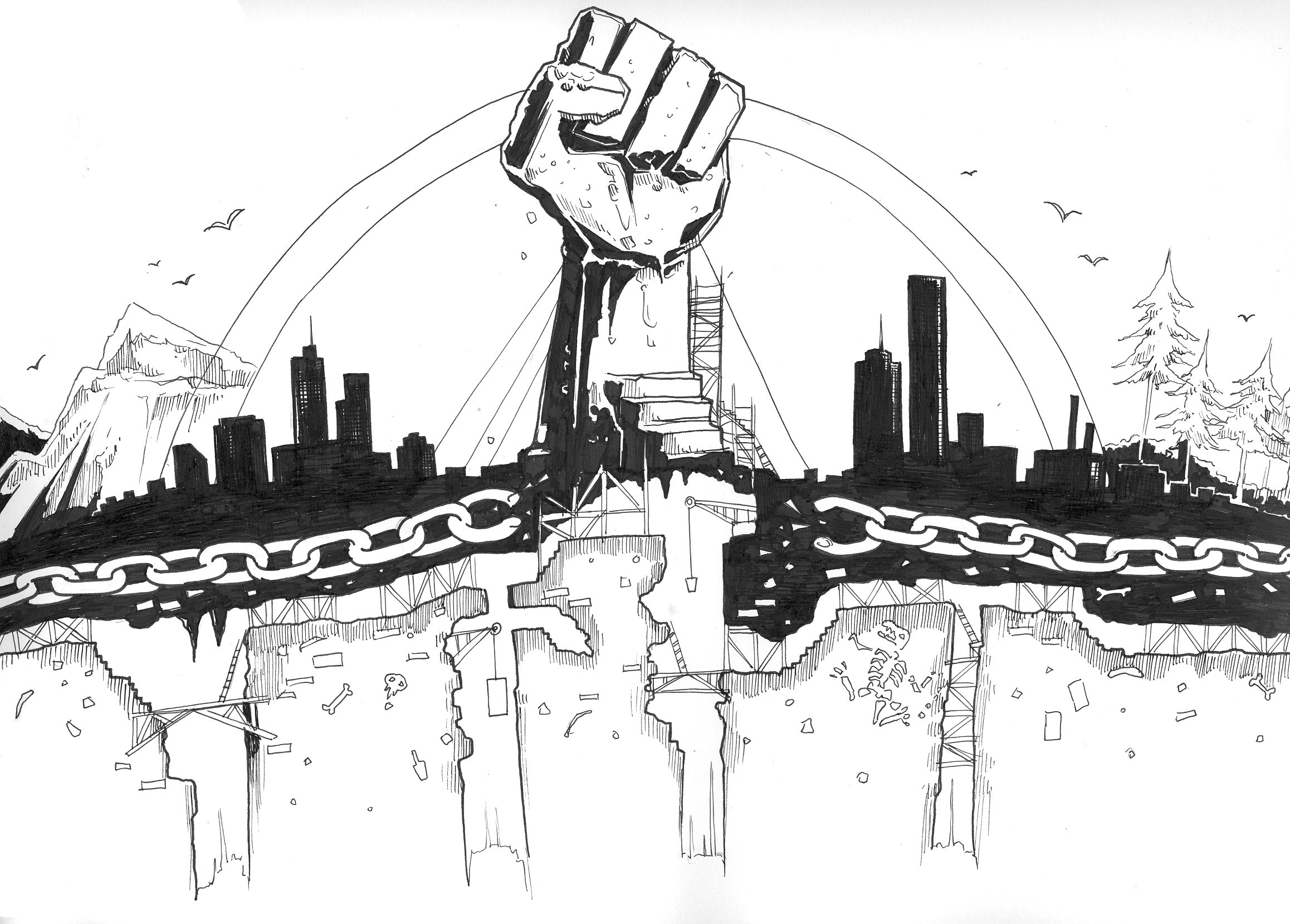 It has been over five months since Occupy Wall Street took action in downtown Manhattan and since then there have been localized Occupy movements all over the world. However, there has not been a clear consensus as to what the movement is really about. It seems that its supporters know where they want to go, but have different ideas on how to get there.

Jillian Buckley of Occupy Wall Street said the protests are to inform both the citizens of the nation and those in economic power that capitalism isn’t working, and there needs to be a representative democracy because as it stands now, there isn’t one.

“We hope that over the next 50 years…we can figure out a way that we would be able to do things that don’t lead to the kind of competition that capitalism has given us,” Buckely said.

Nico Meyering, current graduate student at the State University of New York at Binghamton University, is a supporter for Occupy Binghamton. He does not agree with the strict structure of what it means to be an American, which is why he joined the movement.

“My ideal society is one where corporations are not people, anybody can get married regardless of ethnicity or sexuality, higher learning is affordable for everyone, defense spending is cut in half, more money is allotted to programs that reduce poverty and hunger, abortion is safe and legal for both practitioner and patient, and humans put less strain on the Earth,” Meyering said.

Fairness in every possible way, economically, socially and so forth, is the umbrella mission for Occupy movements all over the world. Goals include being able to own a home, landing employment and even gaining an education without as much debt as many students are in today. Buckley agrees with this concept of fairness.

“My ideal society would be one in which housing, fresh and healthy food, healthcare, education and community support and services are understood to be rights and not privileges given monetary value,” Buckley said. “Decisions would be evaluated with criteria that asks, does this produce a balanced society and maintain the rights for all people, rather than looking for individual profit or gain?”

Although supporters of the Occupy movement have visions of what their ideal society is, they are also realistic as to how much of it, if any, is possible to achieve.

“To focus on social justice, to end environmentally harmful practices and to love one another would take a huge change. The change would be so huge that I’d be seen as a radical for even suggesting it,” Meyering said.

Buckley said she believes such a society is possible.

“Such societies already exist, and have existed long before the United States and its current form of capitalism. Sometimes I think this will take at least 50 years,” she said. “Other times, like right now, after reading that the Lakota nation has cancelled all treaties and contracts with the USA and declared themselves sovereign, I think it is already happening.”

Occupy Wall Street has successfully publicized the issues in both New York State’s government and across the country.

“I think the two main ways to look at it is looking at the problems that exist but also the world that we actually want to live in,” said Buckley. “[What was unique about the encampments of Occupy Wall Street] was that most of us wouldn’t really call it a protest because what it really was about was sort of trying to create this society that would get people thinking about how we might want to live… where it isn’t about the competition of capitalism.”

Lauren Cemelli is another supporter for Occupy Binghamton.

“Although we had complaints from some people that the camp was unsightly, I think that as much as we tried to make the place look nice it was important that the camp forced people to see everything that is unsightly in Binghamton as a city,” Cemelli said.

Binghamton is a part of Broome County, which has been recovering from a flood that, according to the Federal Emergency Management Agency (FEMA) has set economic development back over 20 years. There is also a high unemployment and poverty rate as well as the Hydraulic Fracturing (Fracking) debate. The same mission of Occupy Wall Street moved into the city of Binghamton on Oct. 15. The movement is primarily for equality on all levels, but also on localized issues like fracking in the city of Binghamton. Occupy Binghamton succeeded in getting a two-year ban on fracking in the city and have what is called Mic-Checks at city council meetings. The group plans on continually shining light on the issues left in the dark and is currently working on hosting a showcase to present their protest artwork.

Mainstream media coverage has decreased since the major protests in New York City in late 2011, but the mission has not been completed.

“Just because they may not be showing a dramatic raid of a camp every day doesn’t mean that the Occupy movement is done,” Cemelli said.

There is still plenty for both Occupy Wall Street and localized movements to work on before making major changes, but the determination has not disappeared.

“I gotta be honest with you, we’re still going and I don’t see us stopping anytime soon!” Meyering said.

Daisy Arriaga is a junior journalism major who dedicates this article to Abraham Lincoln. Email her at darriag1[at]ithaca[dot]edu.