Republican opposition to all things Obama 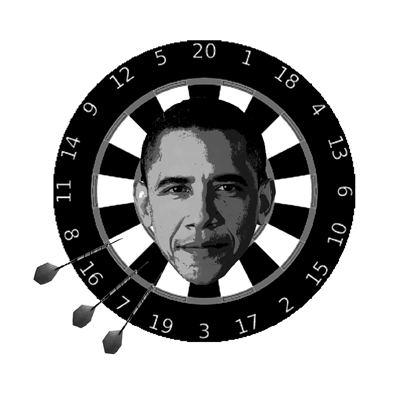 The 2012 presidential elections are fast approaching, and the road to the Republican nominee has become a whirlwind of intensity and insanity, shrouded in a thick blanket of lingering cigarette smoke from former candidate Herman Cain’s campaign manager. However, people may miss the true dispute behind this presidential menagerie. The real issue is the growing hostility toward President Barack Obama and the apparent inconsistencies within the Republican platforms.

Perhaps the most notable aspect of the current state of the Republican Party and the Republican candidates is the apparent anti-Obama sentiment that infiltrates the Republican platform. Though it is expected of the opposing party to have opposing views, the rhetoric against Obama has become increasingly hostile, especially during the heat of the primaries. There is a constant, not-too-subtle insinuation by these candidates and their supporters that the president is not an American, but is a “secret Muslim” and a socialist.

“There’s been a persistent ‘other-ing’ of Obama,” said Michael Jones-Correa, a professor of race and ethnic politics at Cornell University. “It’s hinting at a racial difference without actually calling it a racial difference … all of this again is a way of pointing to his not being ‘one of us.’”

In various town meetings Tea Party members can be seen holding anti-healthcare signs, defaced pictures of the president as Hitler, and spewing allegations against Obama as a communist and a Nazi.

“Nobody got concerned about civil discourse during the Bush administration,” said Mark L. Barie, chairman of the Upstate New York Tea Party. “Back then, if you depicted the president with a noose around his [neck] or a bullhorn on his head or looking like Adolf Hitler, that was called freedom of expression … I find it a little bit hypocritical for people who sat by and watched that in silence during the entire George [W.] Bush administration, suddenly getting mad when they see Obama depicted like that … but it was wrong in both instances.”

Freedom of expression aside, this still does not explain the “other-ing” that Jones-Correa mentioned. This may be the desperate last attempts of conservative Republicans clinging to their romantic ideals of an America that never existed.

“The danger for the Republican Party is they became too closely identified as the party that’s fearful of change, fearful of what America is becoming,” Jones-Correa said.

Beyond their opinions of Obama as a person, Republican candidates have also found issue with the Patient Protection and Affordable Care Act (PPACA), commonly referred to as “Obamacare.” One of the most controversial aspects of the healthcare bill was the ruling of mandatory coverage of contraception by religious institutions. Many people who oppose the healthcare bill interpreted the ruling as a direct attack on the First Amendment for not acknowledging some churches’ denouncement of birth control.

“[The ruling] that the Catholic institutions, such as churches and hospitals, have to provide…morning-after pills, sterilization and contraception against their wishes,” said Barie. “It’s not about birth control or even about healthcare, it’s an amendment having to do with religious freedom.” A compromise has since been made regarding this provision.

The issue of healthcare in particular seems to be striking a nerve with the Republican audience. At a recent Tea Party debate, Ron Paul was asked a question about the scenario of a healthy thirty-year-old man who had not purchased health insurance. Suddenly, the man requires extensive emergency medical care and has no way of paying for it. When asked if society should let the man die, Ron Paul, a former U.S. Air Force flight surgeon and OBGYN specialist, responded that the man should have to assume responsibility for not purchasing health care —  an answer to which the Tea Party audience promptly erupted into applause for.

However, according to Ron Paul’s platform and website, he opposes the PPACA because it forces “everyone to become a client of insurance companies, even those who don’t want or need to participate.”

There have been other inconsistencies among the Republican voting audience and the campaigners’ platforms. The conflict over Obama’s “balanced approach” of cutting spending and raising taxes, especially on the wealthy, has been increasingly under fire. Mitt Romney, in his campaign, has stated strongly that he is against raising taxes on the wealthiest percentage of Americans. However, Romney made $21.7 million dollars in 2010 and paid less than 15 percent in taxes, according to his tax returns — which he begrudgingly released after pressure from the Newt Gingrich campaign according to an ABC News article.

While the presidential menagerie seems to be filled with hostility and inconsistencies, there is hope for the political future of America. Jones-Correa is optimistic that there will be change in the Republican Party, both in their attitudes towards policies and the people who make them.

“In the long run the Republican Party will change, because America will change,” Jones-Correa said. “People who are older and scared of change when they’re 50 or 60 will be dead … But that’s what will happen. Younger people will be the majority of voters, people who are used to … a more diverse society.”

Sydney Fusto is a freshman journalism major who wants to create a new political party, with streamers and balloons. Email her at sfusto1[at]ithaca[dot]edu.