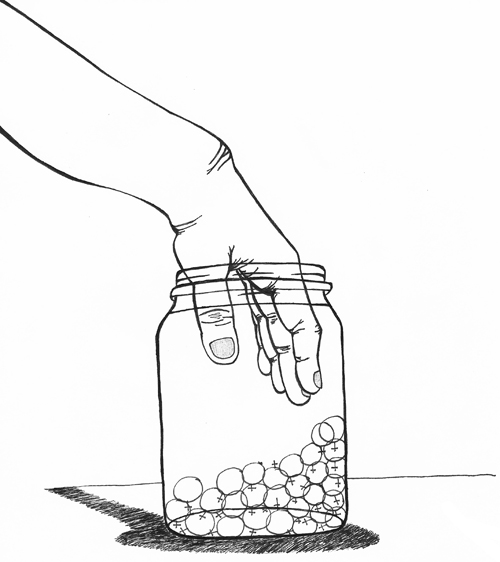 Dan Leibel is sweating. It is July and the muggy New York heat is unavoidable. Even the shade of the large maple trees provides little relief. He is here in his hometown of North Rockland — a suburb about 30 miles north of New York City — to help.

Leibel braves the heat to be a part of the Hudson Valley Developmental Disabilities Services, a group that works to provide independence to people with developmental disabilities. While the work is not strictly volunteer — Leibel gets paid an hourly wage — it has become a catalyst for the creation of his own organization, Student Volunteers for Special Olympics.

From early on, however, the Ithaca College sophomore could see there was a potential problem: There was little interest from men. In order to get the group approved, Leibel had to find 10 other students willing to volunteer, and in the end only one turned out to be male. Since its inception in October, the club has accrued nearly 60 members, but a scant 10 of them are men. Surprisingly, Leibel sees this as an improvement.

Leibel said, “That’s pretty good compared to when we started. We had two [male members] out of maybe 25 in the very beginning”.

As it turns out, Leibel’s organization is not alone. According to research performed by the White House Project, a self-described “national, nonpartisan, not-for-profit organization,” 73 percent of workers in the nonprofit sector are women.  While this may not pose a direct problem for organizations like Leibel’s, it does for groups, such as mentoring groups like Big Brothers Big Sisters, that require men in order to be successful.

Laura Toscano, the manager of skilled volunteering for HandsOn Greater DC Cares, an organization that coordinates and organizes nonprofits, said that the organization does “experience this gap” between male and female volunteers.

This apparent disparity has provoked the organization, which services a network of nearly 43,000 volunteers, into looking for its possible causes. Coincidentally, Georgetown University recently performed a study called “Dynamics of Cause Engagement,” which examined just that. The study found that almost half of American women (49 percent) claim to be very, or somewhat involved in causes, compared to 41 percent of men. The survey also found that 43 percent of men also believed that supporting causes had become a fad, compared to 37 percent of women. Could a general sense of cynicism be the reason behind a lack of male volunteers?

For Leibel, the issue is more complex.

Without other males setting the example, men are hesitant to dip their toes into the water of service.

Julie Dixon, the deputy director of the Center for Social Impact Communication at Georgetown, the same center that helped put out the survey, said that it is important to consider the social aspect of the equation.

“Women are more social and they’re out there telling their friends ‘Hey I volunteered at this great place you should too.’ If you add those two things together — if you’re motivated to get involved by people you care about and you’re talking more to people that you care about — that could be one way you could speculate.”

Research indicates that male volunteers tend to congregate in hands-on, skilled service work. Dixon said, appealing to men with this kind of work is the key to attracting more male volunteers.

Instead of using generic words like “support,” “help” or even “volunteer” — a word that Billy Fettweis, the director of volunteer services at HandsOn Greater DC Cares, dislikes — specific language attracts a more representative volunteer base, Toscano said. “Serve soup at the soup kitchen,” “rebuild a fence,” “teach someone with a developmental disability how to ski” ­— this is the kind of wording that appeals not only to men, but also to volunteers in general.

“The number one reason men give for not volunteering is that they weren’t asked. When you ask for ‘volunteers,’ for whatever reason, men tend to assume they are not the target audience of the appeal,” Toscano added.

In order to combat the feeling that men are less hopeful about the effects of their work, Toscano and Fettweis suggest that organizations outline the positive impacts that volunteers have.

“We pay a lot of attention to the recognition that we give to volunteers, and to make sure that we’re communicating with them after their service about the impact that their work had,” Toscano said. “The more that volunteer centers can do this…the more this problem will be solved.”

The struggle to attract male volunteers is a welcome challenge for Leibel, who remains confident that his own experience can set an example for other men.

“By showing male students that there are comfortable territories where they can directly help people…that will get more [of them] involved.”

In the meantime, the North Rockland native will continue to volunteer in his hometown and at school.

Through his work, Leibel is actively helping to show other men that they, too, can volunteer successfully. And so for now, Leibel continues to donate his time to helping others, setting an example as he sweats for a cause in the oppressive summer heat.

Lewis Kendall is a sophomore journalism major who is always willing to roll up his sleeves for a good cause. Email him at lkendal1[at]ithaca[dot]edu.